It’s been more than half a year now, since Twitter became more visual, enabling users to preview photos from what was then Twitter’s picture platform and videos from Vine (now deceased). At Sotrender, we checked the impact of including a link, video or picture on the number of retweets and favorites changed over the last months. An analysis of the 1,000 most followed profiles on Twitter proved that tweets with  photos get 97% more retweets and 135% more favs than those without!

Photos on Twitter – the number of retweets and favs

First, we did a little research and found out that in March Twitter published similar analyses on it’s Media Blog.  However, as distinct from Twitter, we  decided to measure not only the e

ffects on the number of retweets, but also on the number of favorites. What’s more, we omitted the impact of hashtags (which in general proved to be the least boom-driven), in order to focus more on visuals and links. That’s how we reached a final list of analysed content.

Our analyses were based on almost 700k tweets, posted this year by most followed profiles. Among them were Barack Obama, Starbucks, Dior, PlayStation, Real Madrid, H&M, McDonald’s, as well as Shit Girls Say, to name only a few. In order to make our analysis more comparable between profiles with different number of followers, we normalized the number of collected retweets to the average number of retweets triggered by profiles tweets. This means that all the numbers are adjusted to the situation in which average tweet gets 100 RTs and 100 favourites. The results are as follows.

It turned out that tweets with photos from pic.Twitter.com get almost twice as much retweets as these without! What’s more, they get 135% more favorites than others. What’s interesting, these values are much smaller than they used to be six months ago. It may result from the fact, that in November, pictures on streams were new and as a result also more interesting to Twitter users. 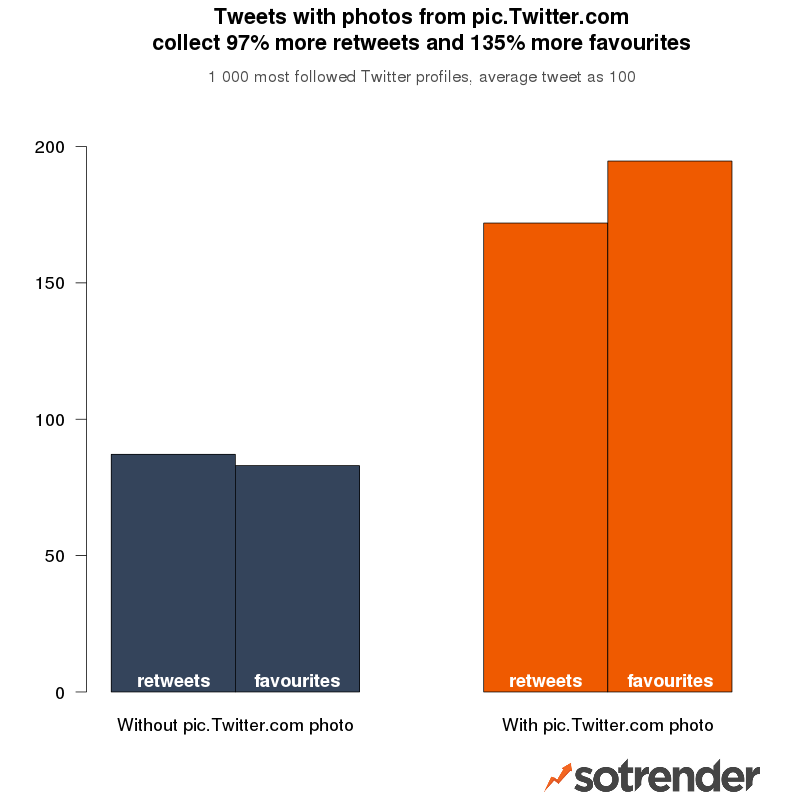 Photos on Twitter – impact of the pic.Twitter.com on the retweet and favourites rate

When it comes to tweets with Twitpic content, they seem to be statistically insignificant,  which means that they do not  have influence on retweet rate nor favourite rate.

Statistical measures also prove, that tweets with Vine videos have a positive effect on both retweets and favorites rate. In this case, however, the impact is much smaller compared to pic.Twitter.com photos. On average, Vine videos collected 52% more retweets and 26% more favourites comparing to other tweets. 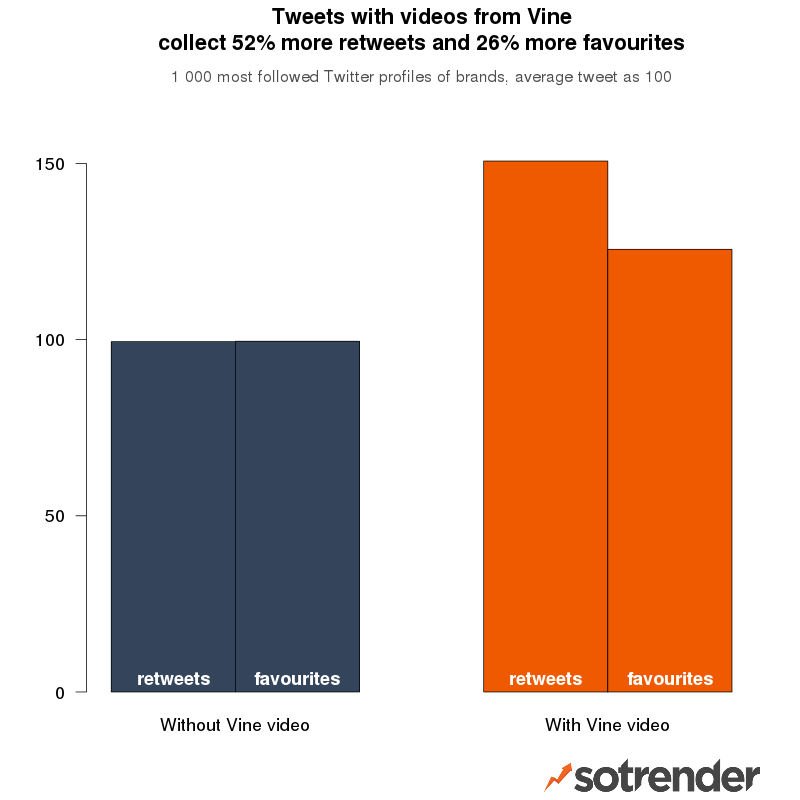 In general, including Facebook or Instagram link made your tweet fall below the average popularity. It was actually worse in case of tweets with Instagram links, which collected 51% retweets less, compared to these without. In the case of tweets that included Facebook links it was 39% less. 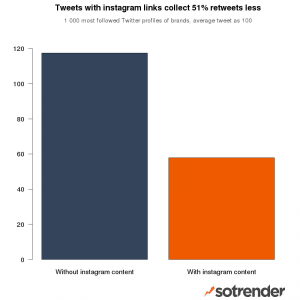 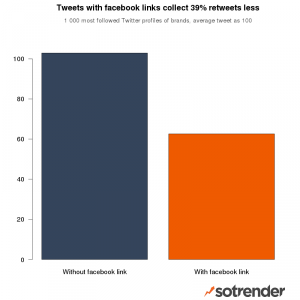 But still, if they really love you, you can tweet anything…