A small non-profit organization from Poland published a Facebook post that managed to collect the immense number of 2 million likes. How could this be possible? And what can small organizations and companies like Mother Power take from their successful story?

Mother Power is an organization founded in 2012 by a group of parents. These parents wanted to share valuable advice about raising children and the everyday struggles that come along with that. The Mother Power organization started it’s Facebook Page in February 2012. Now, not much than a year and a half later, the page has over 283k fans.

Last month the site gained 160k new fans that constituted a  growth of 356%. How did this happen? The organization was repeatedly accused of buying fans from other countries, claiming that they’re success was illegitimate. They just did it to boost they’re reach. Well, it’s not true. Mother Power didn’t buy any fans, nor did they support it’s activities with any advertisements.

The immense success of the organisation can only be credited to the hard work of truly devoted people, not even professionally involved in social media.

Posts with the highest reach

The simple strategy of Mother Power resulted in a lot of success. Posts published by the page are frequently shared and as a result they reach many users. This opens up the opportunity for plenty of interactions (i.e. likes, comments, or shares).

During the analyzed period (September 14 – October 14), the total reach of 4 posts published by Mother Power exceeded 10 million. The best of them reached 40.3 million people: 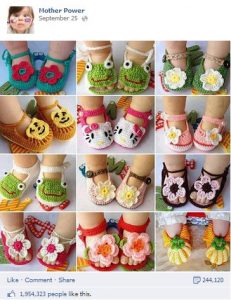 Shortly after the publication, the post collected a total number of over 2 million likes, the majority of which were not from Poland. 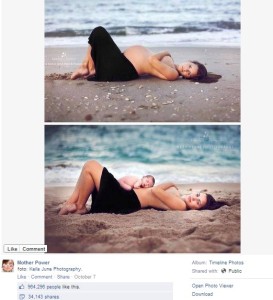 International success – success or a threat?

As we mentioned above, the profile gained an enormous number of new fans over a one-month period. We took a closer look into their nationality. The chart below shows that before the first successful post, the majority of the page’s fans were from Poland. After the series of international posts, the nationality of fans was completely restructured.

Currently, Poles are still the largest group among them, but they constitute only around 16% of the total number of fans. The strongest increases in international fan gain happened after the two last posts. 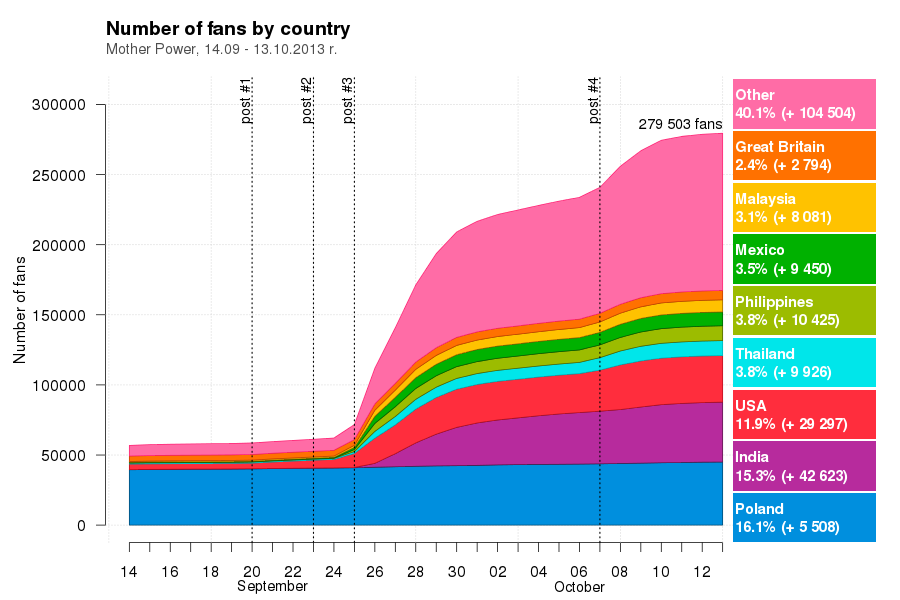 Number of fans by country 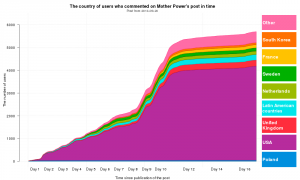 Comments under first post in time by country of writer Comments under second post in time by country of writer 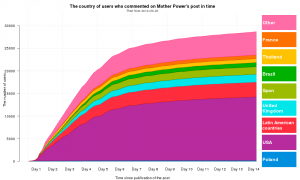 Comments under third post in time by country of writer 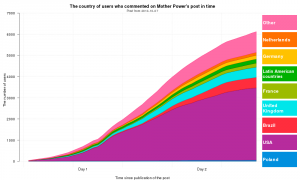 Comments under fourth post in time by country of writer

One may think that a phenomenon like this is a sign of Mother Power’s great success. But keep in mind the fact that the organization is focused on a primarily Polish market. This means the massive reach of these posts may be more of a treat than the full course meal. As the publications reached millions of people, it’s far more difficult to find the right target group. What is more, the fact that the posts are so interactive means they should be moderated, and it is definitely a huge challenge for a small organization to manage the reactions of so many fans.

In the nearest future, Mother Power is going to organize webinars for parents, held by various parenting specialists. In the next year, the foundation will also organize Mother Power picnics aimed at spending time together with other parents and their children. Success is one thing, but Mother Power knows that building off of it is just as important.