Sotrender is happy to present the 17th edition of Twitter Trends UK – the first comprehensive report on the Twitter industry in the United Kingdom. We analyzed reach, engagement, customer service, and content on Twitter in 11 integral industries. What are the biggest UK Twitter profiles? Which ones know how to engage their fans? Read the report and learn a little bit more about the social media landscape in the United Kingdom.

The report contains data for 11 different industries present on Twitter in the UK. These are All UK Brands, Alcohol, Banks, IT/Electronics, Beverages, Beer, Politics, Retail, Cars, Sweets, and Telecommunication.

The February, beloved Harry Potter writer J.K. Rowling published the most engaging tweet. The engagement and attention it got was caused by a feud between Rowling and TV personality Piers Morgan. It started with Rowling happily retweeting a video of Morgan losing an argument on Real Time with Bill Maher. Morgan tweeted back insulting her, and… well, you can see the whole feud below.

Yes, watching Piers Morgan being told to fuck off on live TV is *exactly* as satisfying as I’d always imagined. https://t.co/4FII8sYmIt

This is why I’ve never read a single word of Harry Potter. https://t.co/XUJBMs4KKm

Because you had a premonition that one day the author would roar with laughter at seeing you called out for your bullshit on live TV? https://t.co/8rkKSqJTnG

Twitter arguments are hardly the actions that brands should be doing. An established big-name personal brand like Rowling can get into one and not have many repercussions. But smaller brands run a much bigger risk when getting into arguments over social media. In fact, we recommend the opposite! This is one case where a successful tweet isn’t something to emulate. 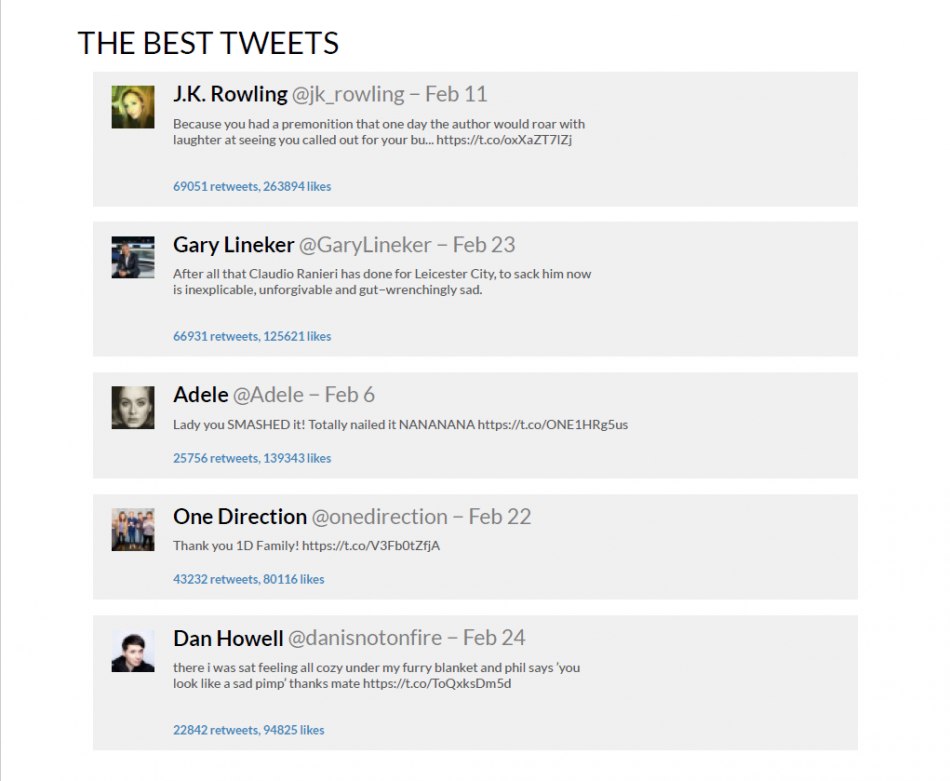 Analyze your Twitter profile with Sotrender!Try it for free!

The other top tweeters this month included Gary Lineker, Adele, and (of course) One Direction, as well as Dan Howell. They are all constant engagers, appealing to their audiences and constantly hitting the top of the rankings. Take some notes from them if you want to really engage your audience.

J.K. Rowling’s tweets were hugely successful, as they made her the top engager on Twitter this month! She was followed by Dan Howell and Manchester United, both profiles that are always the biggest engagers on Twitter UK. The fastest growing were once again news profiles on Twitter. “News is what makes social media current and any topic that encourages engagement and discussion will always be popular” says Hitesh Mistry, founder of Swiftly Social. “For a business, they need to use any relevant news as an opportunity to add value to their followers and increase their brand awareness.” 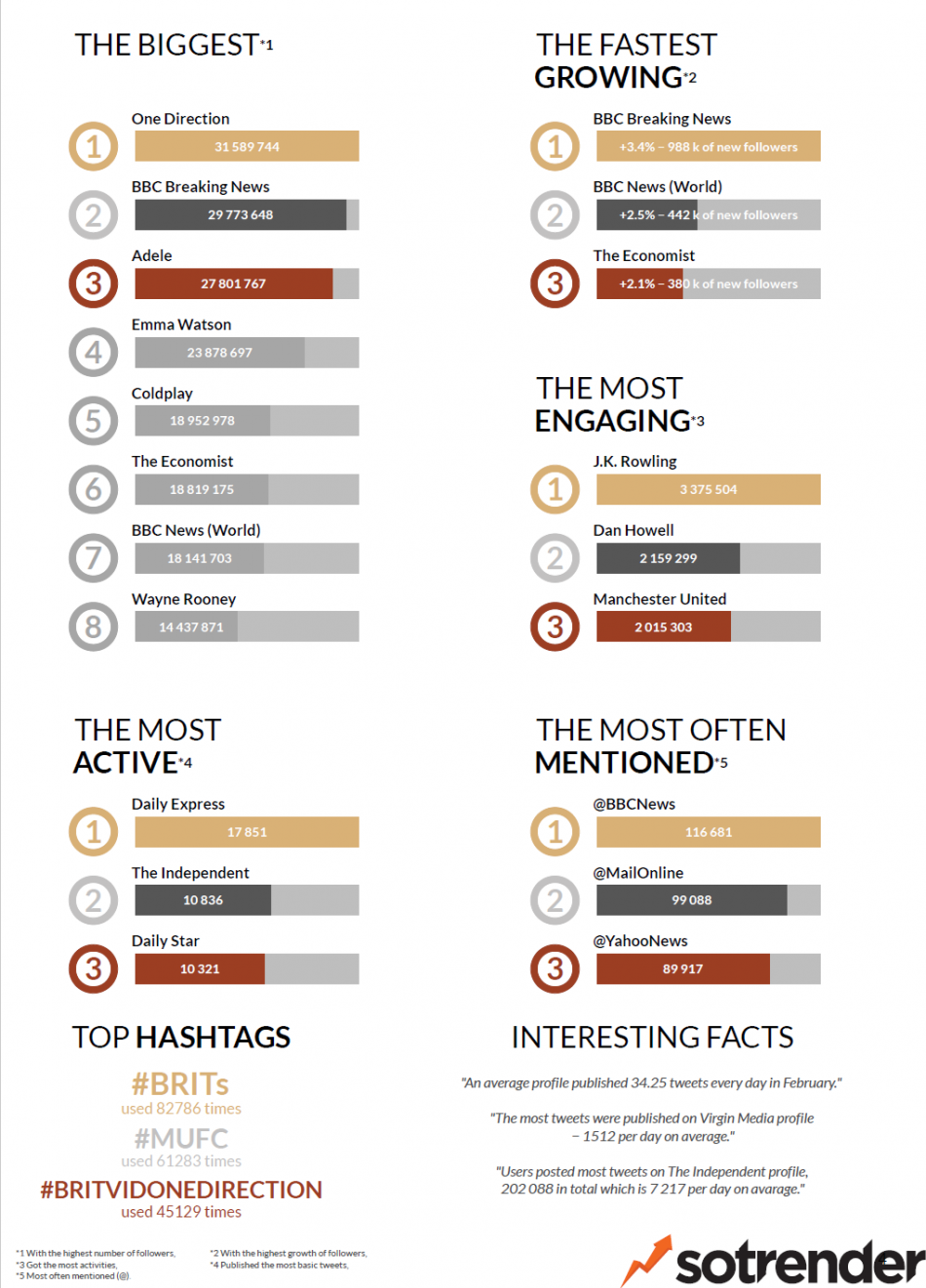 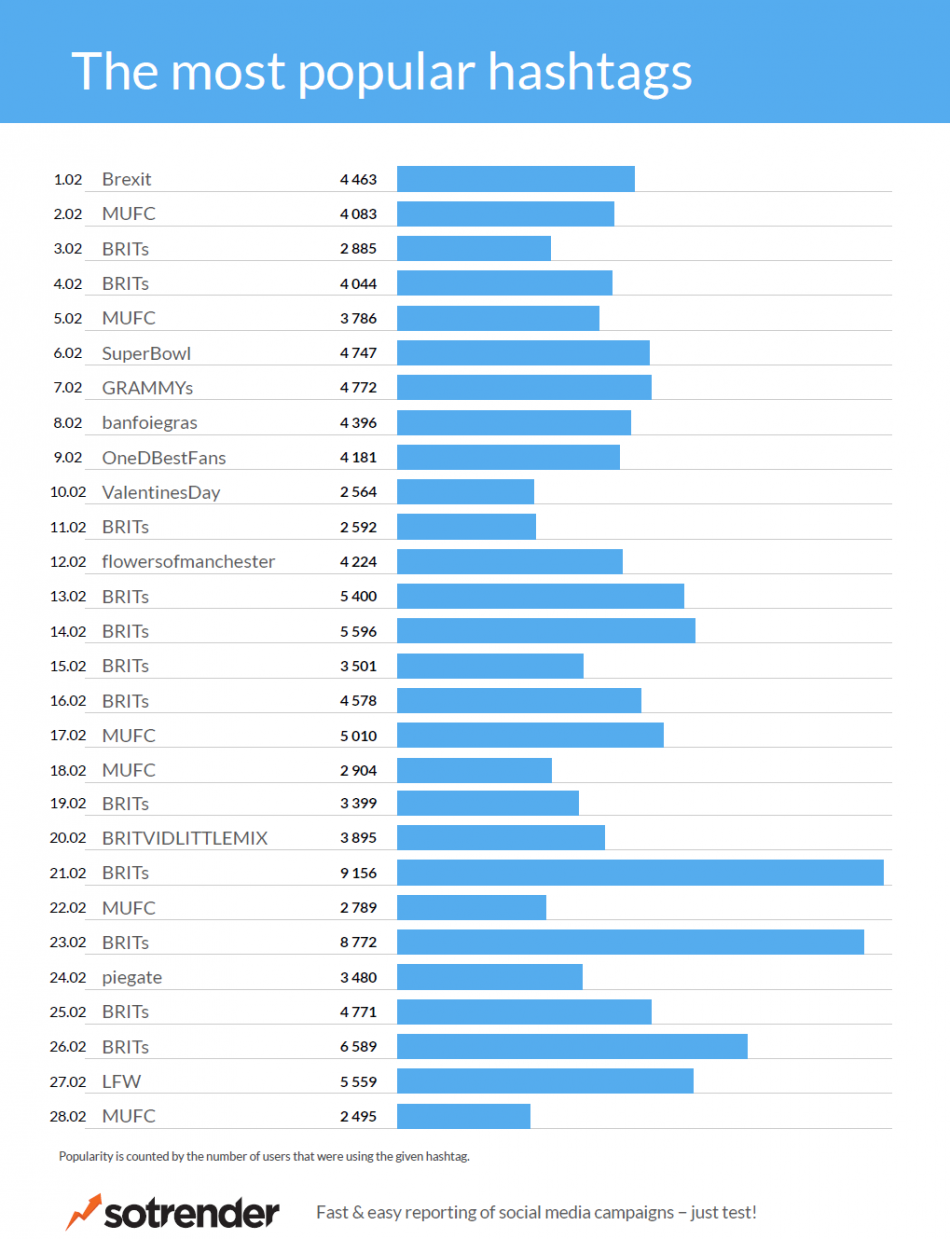