Sotrender is happy to present the 20th edition of Twitter Trends UK – the first comprehensive report on the Twitter industry in the United Kingdom. We analyzed reach, engagement, customer service, and content on Twitter in 20 integral industries. What are the biggest UK Twitter profiles? Which ones know how to engage their fans? Read the report and learn a little bit more about the social media landscape in the United Kingdom.

This month wasn’t dominated by One Direction like in previous months. This May was J.K. Rowling’s time to shine. Rowling published the top two tweets this month. Manchester City posted the third most successful post, respectively.

Rowling’s top tweet shared a video of US president Trump shoving the president of Montenegro so that he could get in front of him. This clip went viral fast, even before she shared it. But Rowling’s comment perfectly captured the internet’s general feelings towards his actions. People showered her page in likes, retweets, and replies. Her second super successful post was about Harry Potter. But before you take a look, we have to issue a spoiler warning for anyone who hasn’t read or watched the series (if such a thing is still possible).

OK, here it is. Please don’t start flame wars over it, but this year I’d like to apologise for killing (whispers)… Snape. *runs for cover*

Manchester City’s tweet had a dark undertone than Rowling’s post, referencing the terror attack on an Ariana Grande concert in Manchester. It was a harrowing event, and a tweet like this helps people know that they’re supported.

Start your free trial and analyze your Twitter profiles!Learn more

The most engaging and mentioned

Manchester United (2 279 542 activities), J.K. Rowling (1 997 199 activities), and Chelsea FC (1 991 504 activities) were the most engaging profiles this May. Manchester City made the largest jump in the rankings, mainly due to the city’s attacks. J.K. Rowling also jumped higher, due to her successful tweets we mentioned. Remember that you don’t need to be a sport, music, or icon profile to get meaningful engagement. Just take a look at out interest analysis of UK’s fashion brand Next. 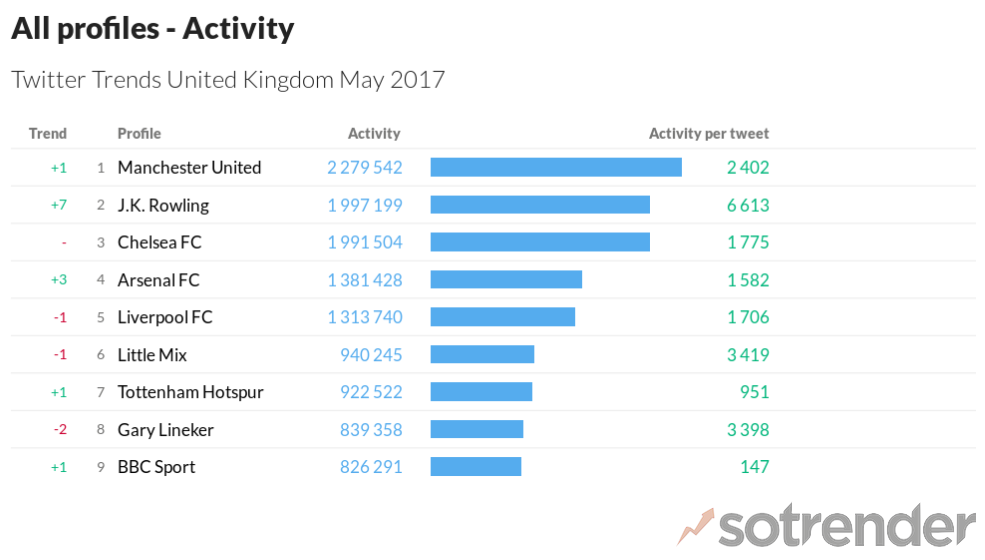 The most mentioned profiles were Daily Mail Online (110 291 mentions), Conservatives (91 601 mentions), and BBC News (UK) (88 781 mentions). News outlets still get the most mentions, but there is a noticeable rise in a few political profiles. 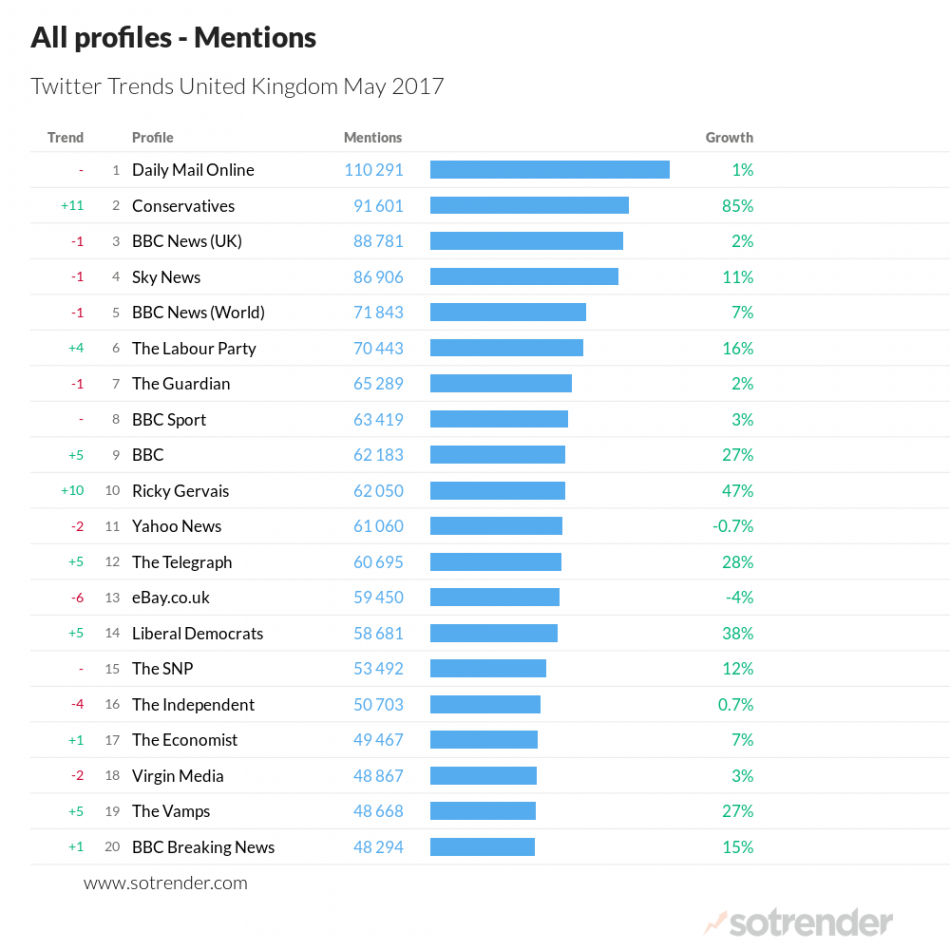