Sotrender and Joy Intermedia are proud to present the fourth edition of Fanpage & Twitter Trends Indonesia. Our report contains data on reach, engagement, and content for 9 different industries present on Facebook in Indonesia with comments from Indonesian experts.

Last month we threw a glance at the “Fashion” category in Fanpage Trends, where we could see that the largest Indonesian page related to fashion is BRODO Footwear. This time we look more carefully on technology industry, with Aulia Masna, editor of AdDiction, website devoted to media and advertising:

On Facebook BlackBerry Indonesia remains the page with the largest number of likes in the country but that seems to be what remains of the company, as it’s no longer the crowded page that it used to be. With only a negligible fraction of the engagement that it used to command, it’s clear that the page has been neglected by most of its fans. It’s a proof that the size isn’t everything when consumer interest has gone elsewhere. Within the technology field, half of the top ten most engaging Facebook pages belong to mobile phone companies, six if you count also Acer which uses its page for mobile phone, tablet and notebook computer products promotion. This is a strong reflection of the direction of interest among Indonesians when it comes to consumer electronics because in general, trends on Facebook tend to follow non-online trends. 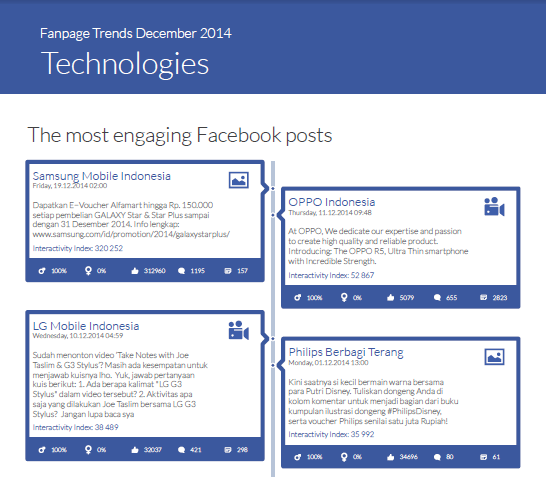 Globally, we noticed some changes in biggest Indonesian Facebook profiles – Lazada Indonesia gained over 110 thousand new fans, reaching 7th place in biggest Indosian fanpages. The most engaging profile was XPRESI BCA, which engaged 165 412 Facebook users, or, in other words, 157% of their fans. Amazing result! 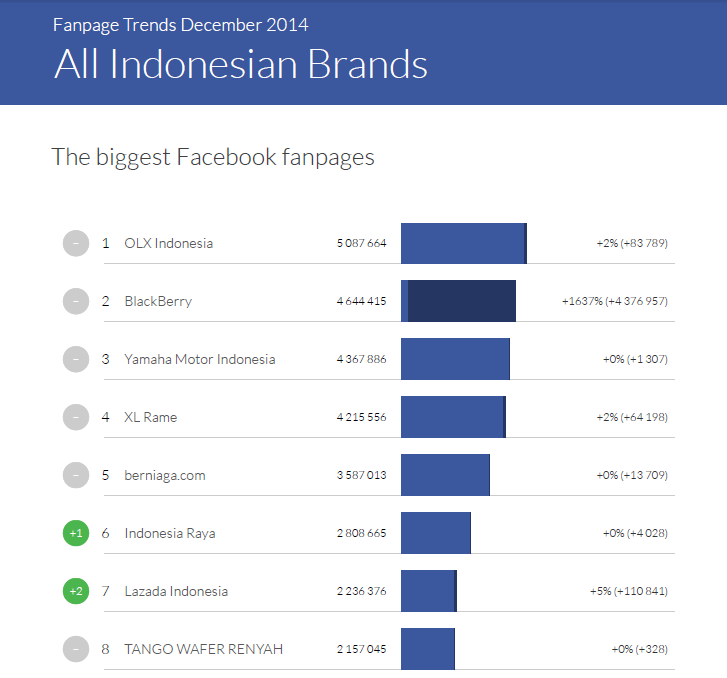 In December, among the biggest Twitter profiles appeared the profile of wirausaha mandiri. It got to the 6th position with the 8% increase in the number of followers. Meanwhile, KASKUS remains the biggest Indonesian profile on Twitter. The most engaging profile was Telkomsel, as in November. Sony XPERIA ID placed 2nd in this category, that is growth by 8 places. 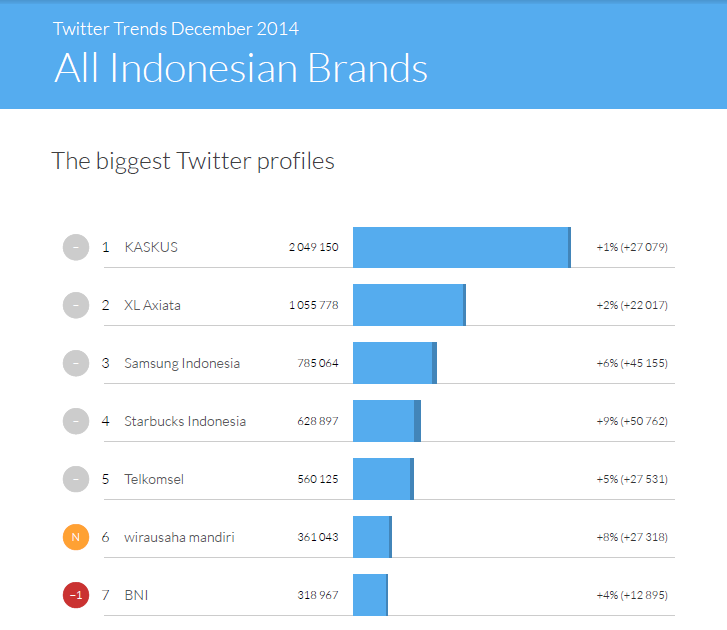 This month we take a deep look into technology industry on Twitter with Aulia Masna, editor of AdDiction, website dedicated to media and advertising:

Samsung Indonesia is the leading technology brand profile with the largest number of followers on Twitter. At the same time Sony Mobile’s Xperia is the most engaging one and Oppo Indonesia has the highest number of mentions. On the other hand, as on Facebook, five of the top ten local profile for technology companies are mobile devices producers, emphasizing the current focus of consumer trend. It is also worth noticing that many of the tech companies receiving the most consumer attention on Facebook and Twitter are the same companies even though consumer demographics and social media users behavior on Facebook and Twitter tend to be different. It means that regardless of demographics, popular companies need to pay attention to the different social media networks to reach their consumers. 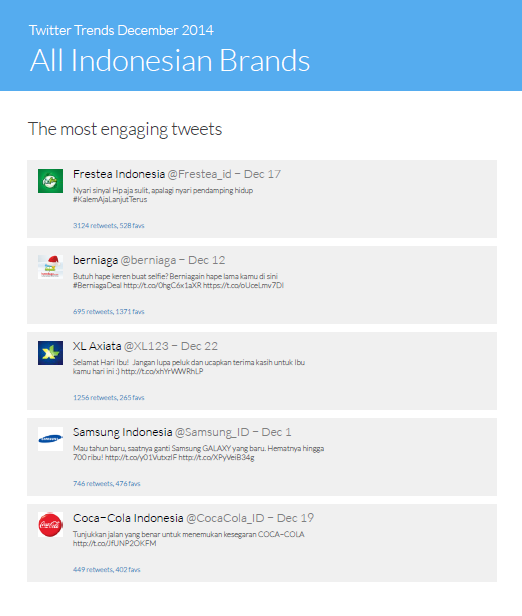