Even top brands, possessing both money and know-how, suffer a drastic decline in Facebook organic reach. Constant modifications of its algorithms, resulting in News Feeds being less occupied by unwanted like-baiting posts, has caused a U-turn in Facebook future. Sotrender analyzed how organic reach of several top US brands has changed over the last couple of weeks. We discovered that it has declined by almost 70%!

Let’s cast our minds back to 2004, when Facebook was created. The wonder years when one paid nothing for thousands of views… Come back down to earth – this is a distant past. Since 2012 organic reach (the number of unique people who saw your post in News Feed or on your Page) has been constantly declining.

We analyzed insight data from top US brands Facebook profiles having more than 1, 9M fans. Below you can see how the average daily reach has changed from September 2013 till today: 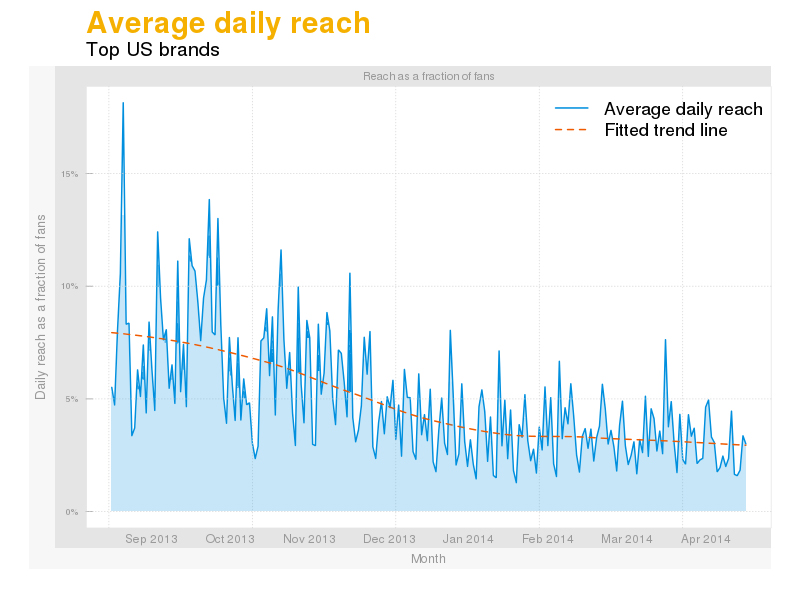 As the chart shows, analyzed pages were reaching on average half a million of Facebook users daily in September 2013, but this value decreased by more than 350 thousand by now. This means that posts’ organic reach declined by 70%.

Not only the nominal value of reach i.e. the number of people who see any content published by the page declined, but also the percentage value – fraction of total number of fans. 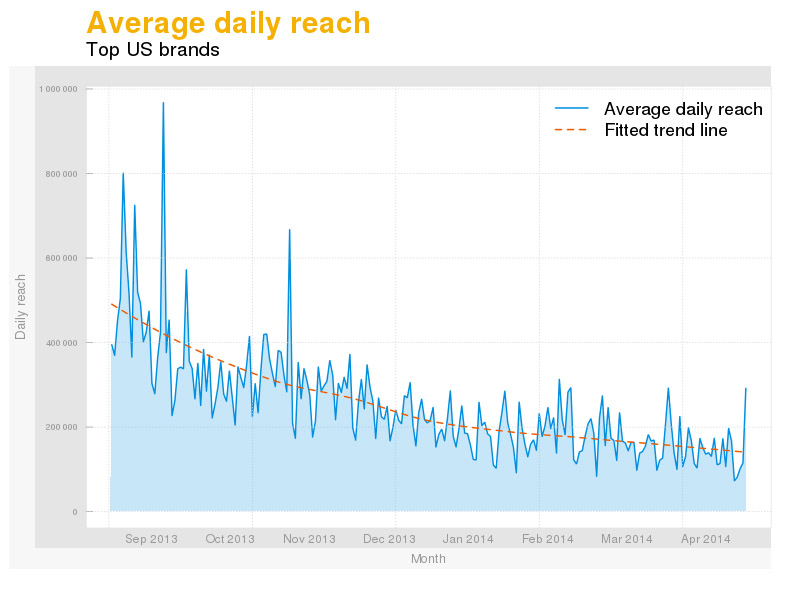 In September 2013 on average daily 8% of Page fans was reached by its content. However, now it is less than 3%. Sotrender examined changes of each individual post type as well, focusing on average monthly organic reach calculated as a fraction of fans. Analyzed period covered February, March and April of 2014.

According to the bar chart below, for each content type current month’s organic reach decreased (in most cases halved) in comparison to March. When it comes to February, only shared links’ reach remained higher the following month. 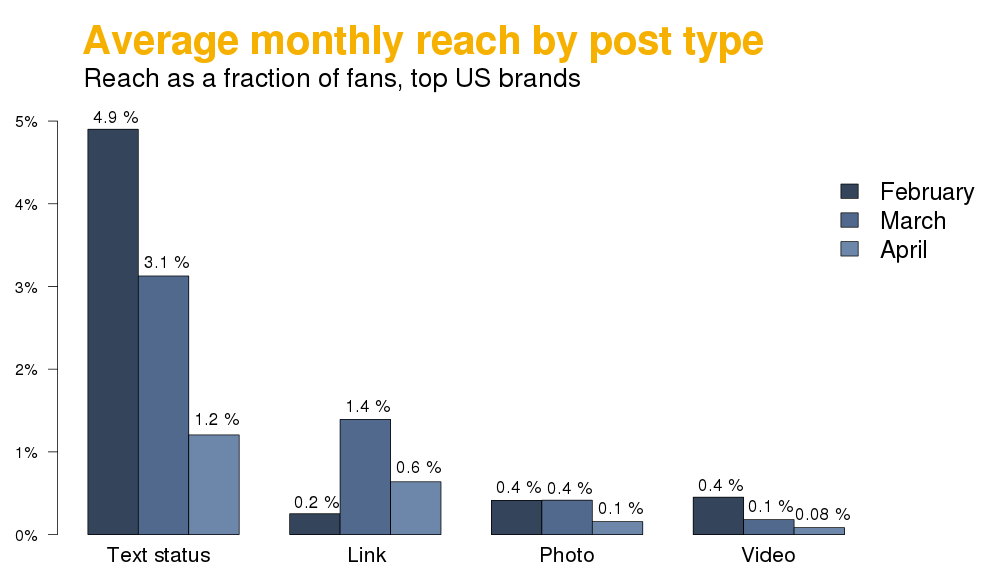 If you have problems with optimizing your Page performance, try Sotrender’s free trial version and check the hints tailored for you.