As a week ago, StreetDance The Movie, managed to keep its position of the most liked film page on Facebook, having 380 081 likes. One for the Money surpassed Agent Vinod, the last week winner in highest number of engaged fans. However, when looking at percentages, Iron Sky UK is leaving the competition far behind with its 70% of engaged fans. Iron Sky UK, is notable also for obtaining the impressive score of 5819 in Relative Interactivity Index (number of activities per fan).

StreetDance The Movie the most liked.

This week report found that:

Most engaging: One for the Money – 3390 engaged fans

Most female fan page: One for the Money -94% female fans 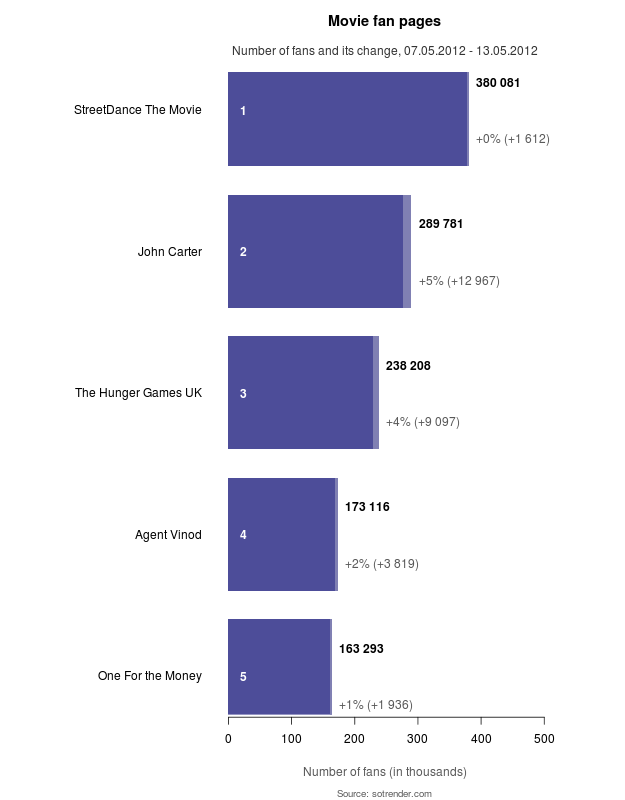 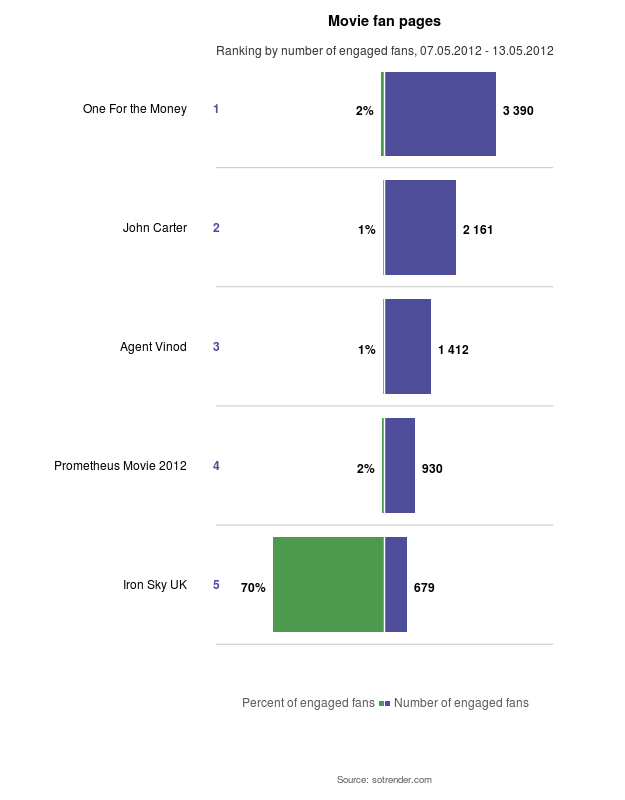 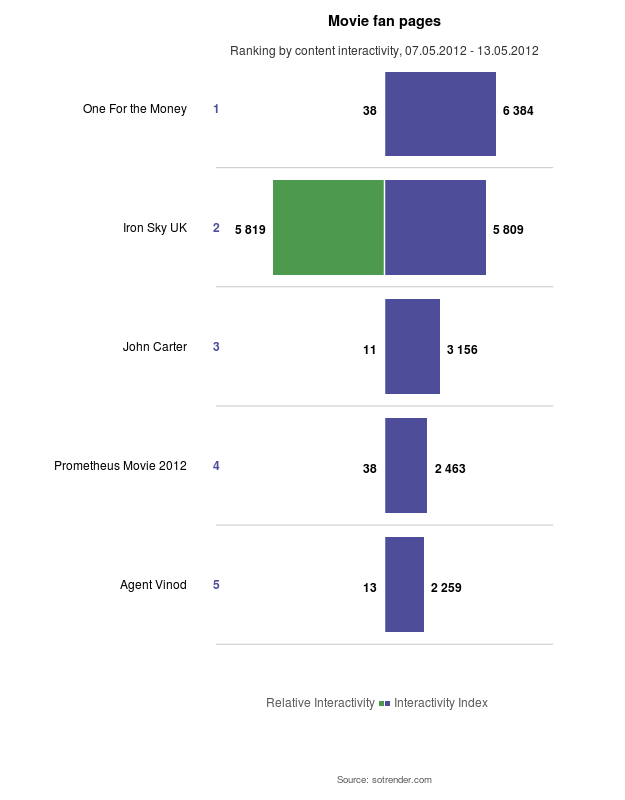 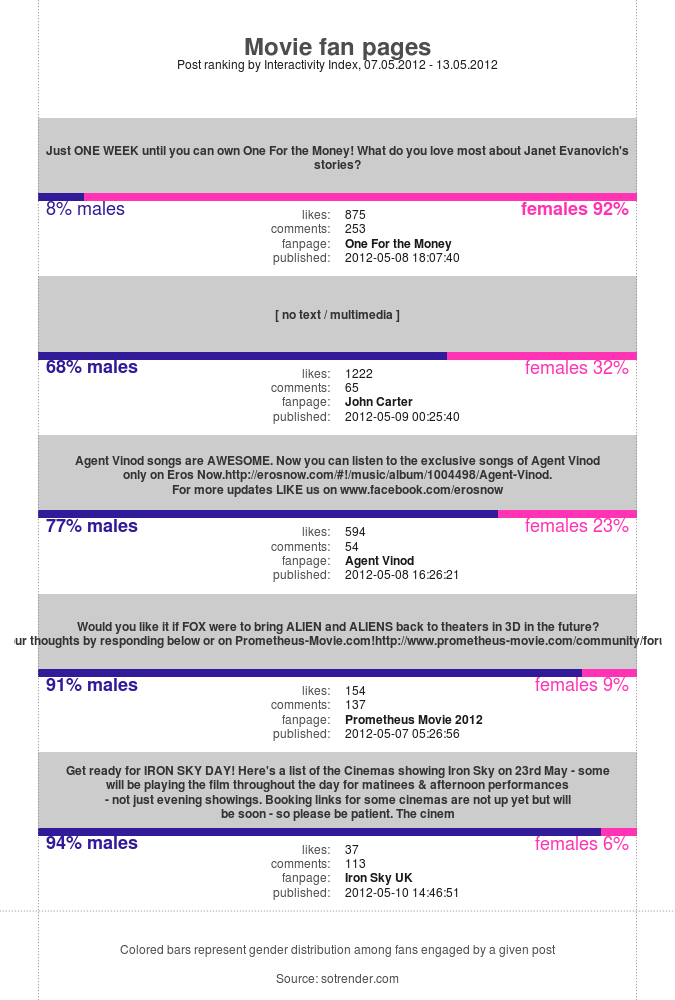 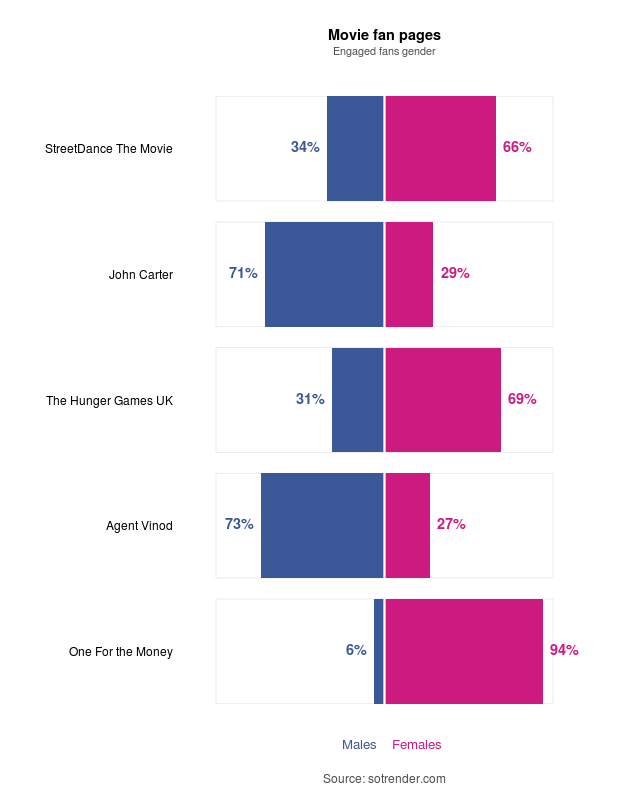