We’ll explain everything you need to know about Reels and how it compares to TikTok from a marketing perspective.

There are so many things you should know about TikTok. One of them is that TikTok is known as the video platform where users share short, edited clips that include music and visual effects. Usually these videos include challenges, reviews, duets, and skits. TikTok has made headlines when users encouraged each other to participate in politics. However, they are also in hot water since they could potentially be banned from the United States.

Instagram Reels was initially being tested in Brazil (as early as 2019 winter). However, it’s been making rounds across 50 different countries including the United States, Japan, UK, Sweden, France, Germany, and many more since the beginning of August. We’re not sure when countries like Poland will get access to the feature, but we’re all hoping that it’ll be accessible soon.

So, what do you need to know about Instagram Reels and Instagram’s strategy over the years? We’ll go over it in the article below.

If you’ve been following Instagram for a while, you probably know that they added features from other platforms before.

In 2012, Mark Zuckerberg wrote an email where he said that they could acquire other platforms that are potential competition to Facebook.

This type of thing has happened before, specifically with Snapchat. Snapchat was a popular platform among Millennials and Gen Z a few years back. The idea was that users could send each other or share brief videos or images for up to 24 hours before they would be deleted for good.

There wasn’t anything like Snapchat before, so that’s why it was so popular at the time. Ever since Instagram added Stories and Snapchat redesigned their platform, users started leaving. It’s not surprising that Instagram grew at the time, and will continue to keep growing. Right now, the question is whether Instagram will be able to compete with TikTok. Facebook previously tried to get users interested in Lasso (2018) but it didn’t work out. This was Facebook’s first attempt to emulate TikTok, but it’s about to be shut down for good.

Now that we’ve covered the background, we’ll walk you through the Reels design and functions.

It usually takes a bit more effort to prepare IGTV, so this is supposed to be an alternative to both Stories and IGTV. They look pretty much exactly how you would expect them to.

The videos are shot in portrait mode and can last up to 15 seconds, unlike TikTok, where you can upload clips that last a full minute. Fortunately, you can create a Reel in a few different ways. For example, you can upload them directly from Instagram or use files you recorded with your camera app. But unfortunately, you can’t create Reels if you’re not using the mobile application.

Actually, Reels don’t appear in your Stories straight away. They go straight to your feed but you can also share them to your Stories. If you have gone ahead and published it, you can’t go back and share it to Stories. However, right before you press publish, you can add Stories as one of the places where you want to share it. 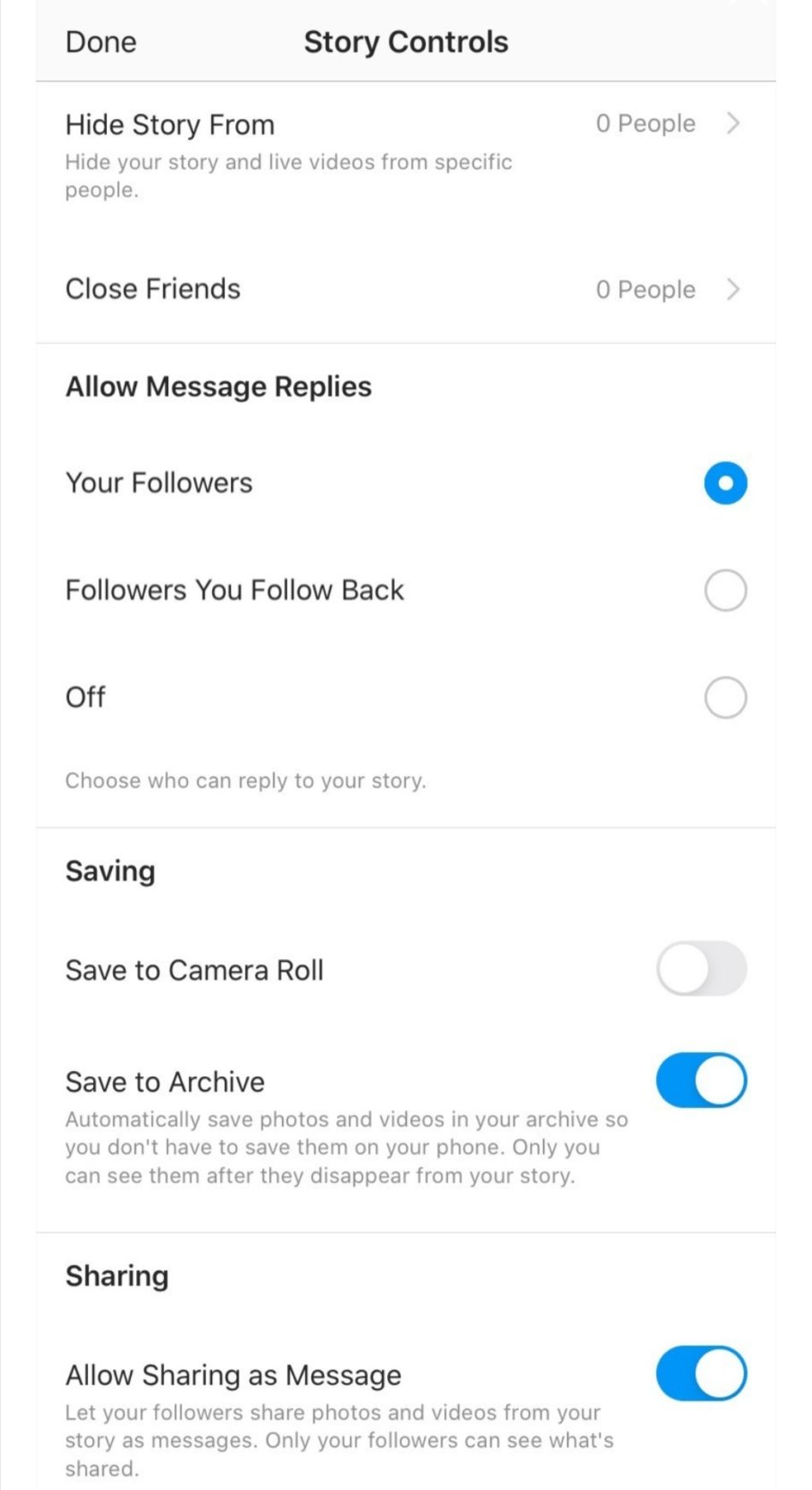 If you’ve used TikTok, then editing your Reels will be extremely easy. You can use or edit three components of the video: 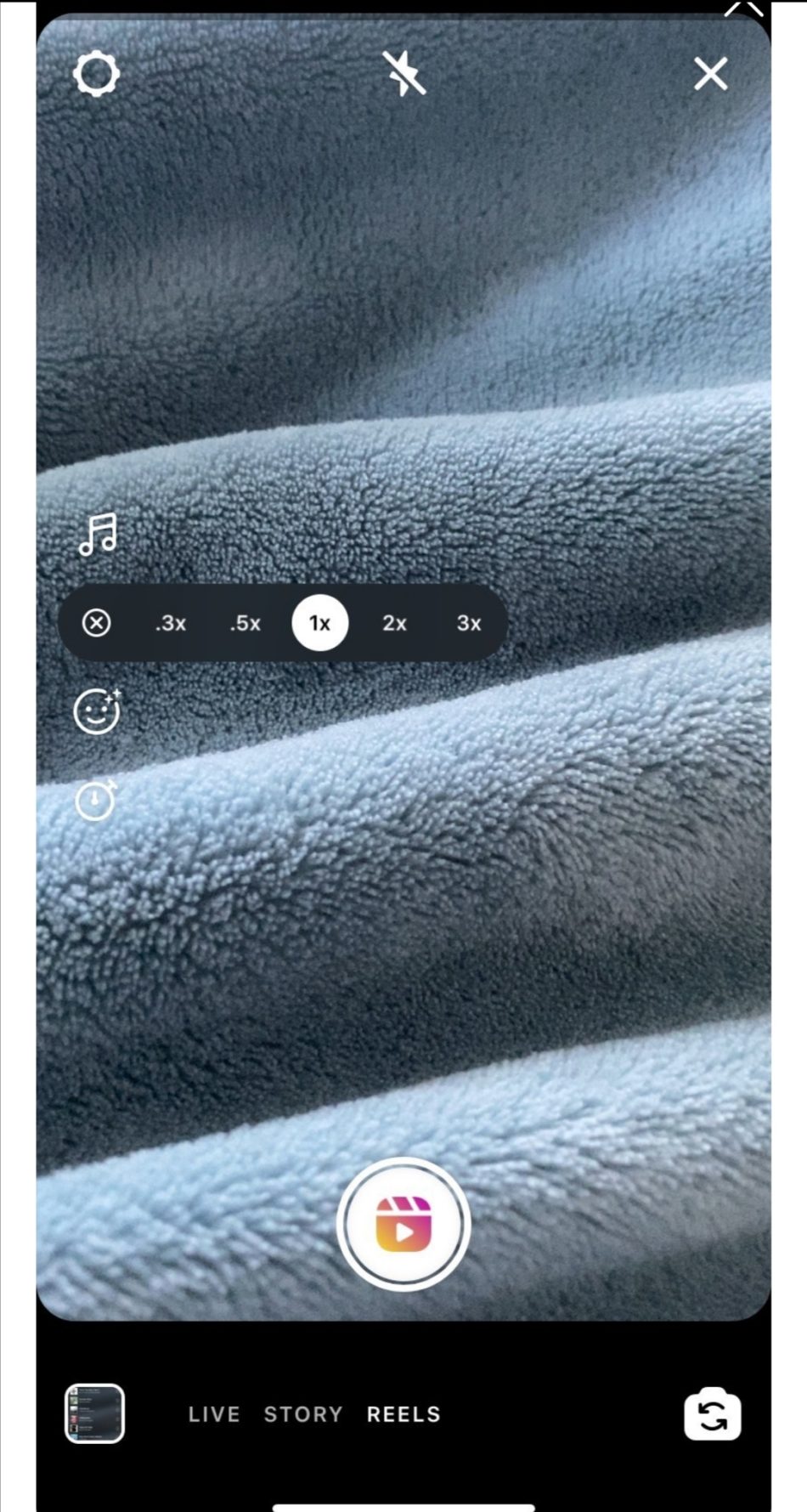 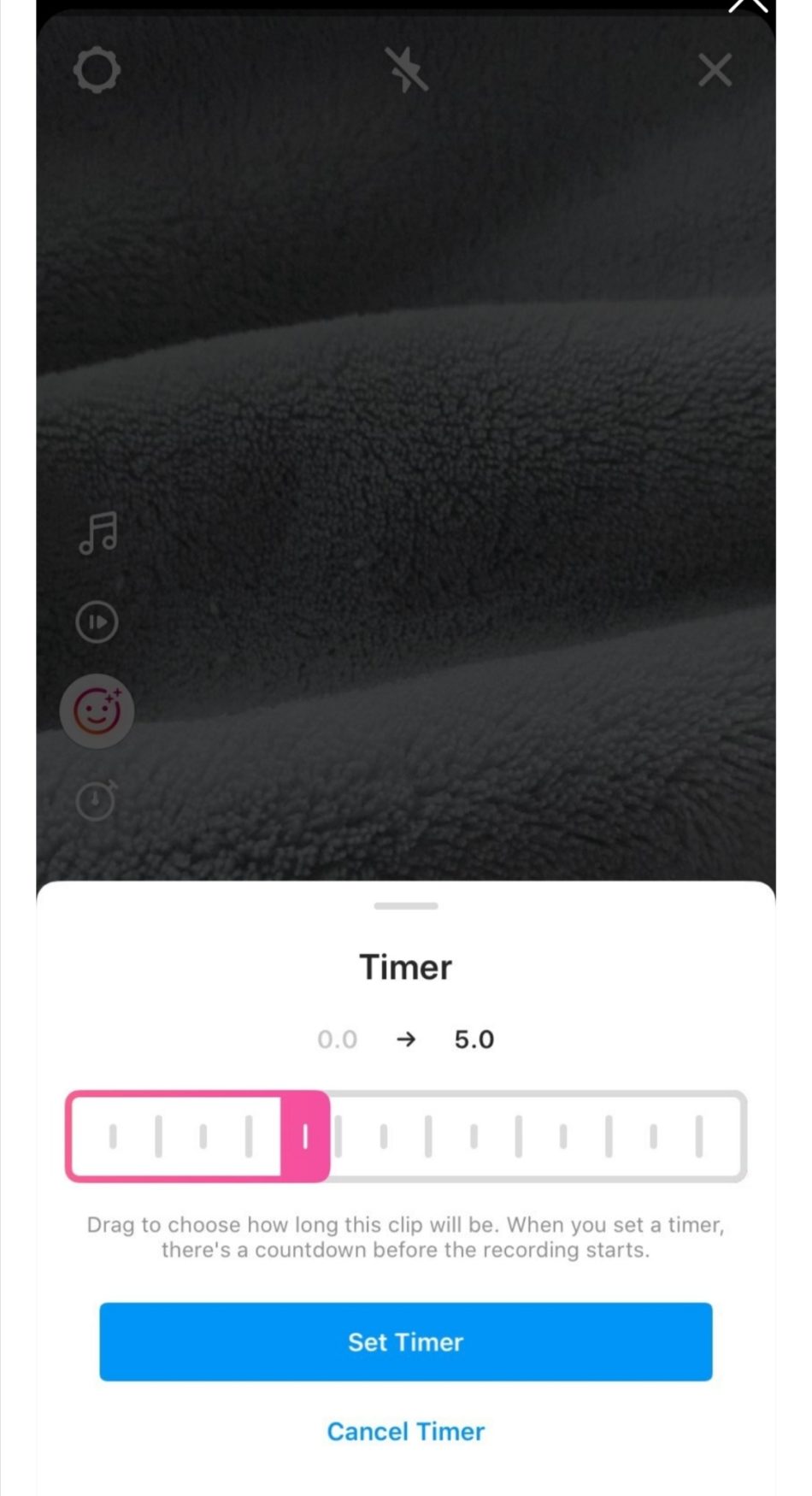 You have many audio recordings to choose from. However, one difference is that for TikTok, you can take the audio from someone else’s video and apply it to your own. Instagram has access to licensed music. Depending on what you’re looking for, you could pick one over the other. TikTok feels more organic in that way, since users can take each other’s sound clips (which end up being credited, by the way). 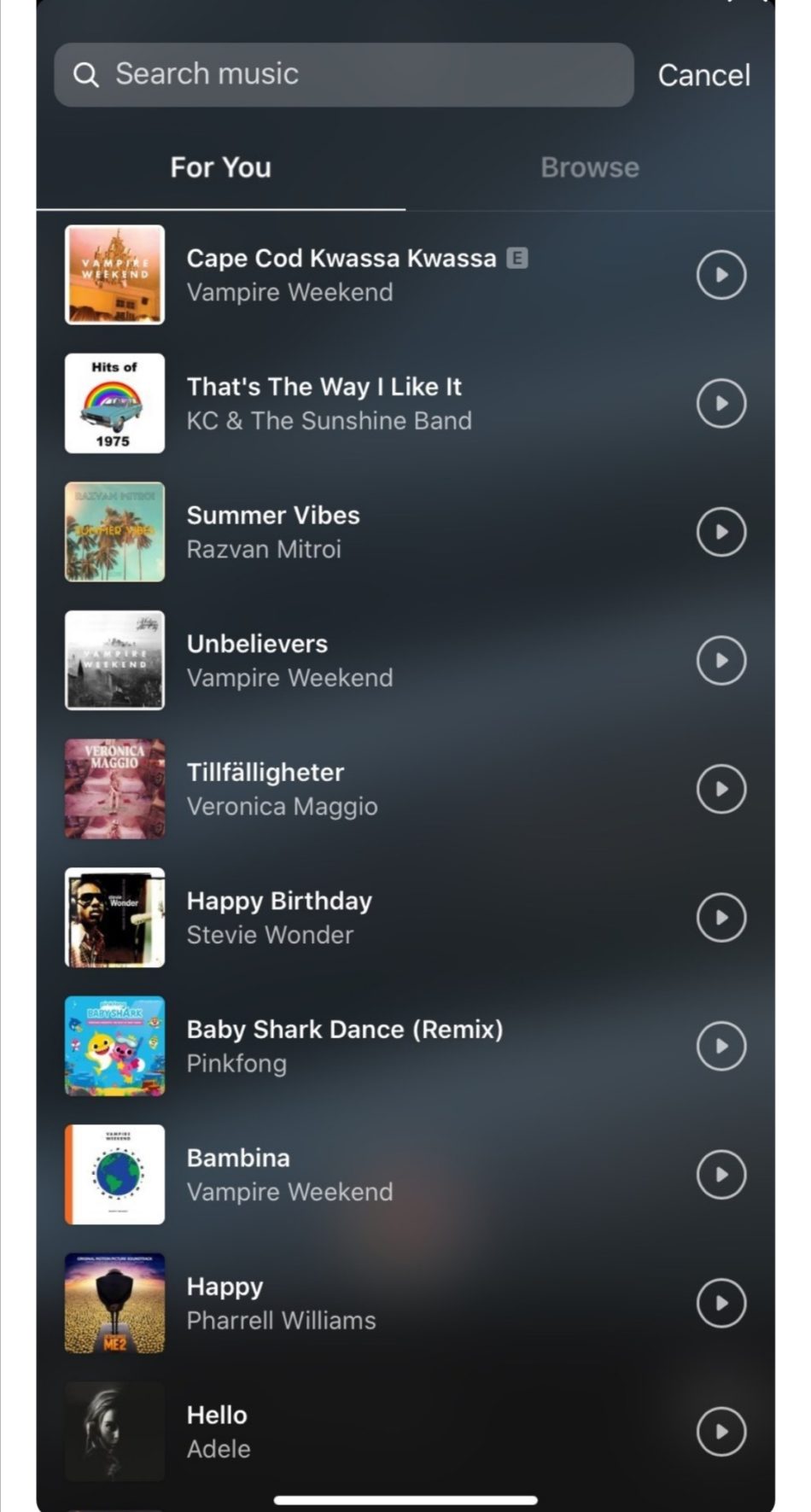 As always, Instagram allows you to make use of their visual filters, as well as what other Instagram users have created (as long as you follow them). Looking back, one of the appeals of using Snapchat was that we had access to so many different filters and that the content would disappear after a certain period of time. Instagram has combined the two in the end.

If all of these sound familiar, you’re going to be fine if you decide to use Instagram Reels.

There is one thing that makes Reels confusing, and that’s the fact that it’s hard to differentiate them from regular video posts in your feed. Even when you load a profile, there isn’t a special icon to indicate whether it’s a Reel or video (but you can always see it with IGTV). We’ll have to see if Instagram will add a small icon to make it clearer.

When it comes to deciding what to post, it’s important that you remember that there are many myths about the Instagram algorithm that have been debunked over time. So just because Reels have been released, it doesn’t mean that your feed or explore page is going to be flooded with Reels. This was a misconception about Stories, too.

So what can you post? One of the more popular suggestions tends to be behind-the-scenes content. Since so many brands use Instagram Stories for brand marketing, they will be able to do the same with Reels. Eventually, we’ll start seeing more behind-the-scenes or meet the team content.

Lucy & Yak published several Stories where they introduced their customers to the tailors who made their customers’ specific overalls, for example. Many haute couture brands also published Stories during New York fashion week, so it wouldn’t be a surprise to see more of this type of content.

Although this was already popular on YouTube and on TikTok, product reviews will probably make their way to Reels. The only downside is that the clips are only 15 seconds long, so it’ll be difficult to go over things in detail. However, it wouldn’t be surprising if Instagram eventually increases the duration of a Reel. Initially, we can’t expect full-length or in-depth reviews of products, but we could expect influencers to have monthly favorites videos.

Fenty Beauty by Rihanna published Reels where they featured their products being used by an influencer on Instagram. Since Reels can’t be used as an ad platform, you have to showcase your products in another way.

On the other hand, it can also be used for pure entertainment like dancing or singing. You have celebrities like Will Smith posting on their TikTok profiles, but you can also expect someone like Selena Gomez to promote their work by posting campy videos on TikTok.

Even Jennifer Lopez uses the platform to talk to her followers as well as share updates on what she’s working on. It’s a great way to get in touch with her younger fans. Instead of just Gen X or Millennials.

@jloWoke up this morning feeling extra grateful and excited! 🤍 Want to know why? Comment below if you wanna know what I’m working on!♬ original sound – jlo

But Reels shouldn’t be the only part of your Instagram content. After you’ve put all this effort into your content, it’s time to analyze your results. That includes your organic posts, too! You should incorporate a variety of content types in your plan to keep your audience engaged.

It’s still quite early to say how Reels will pan out for Instagram. It only launched a month ago in several countries, so we have to wait and see. It will also be interesting to see how TikTok will respond to Instagram and whether they will add even more features.

Do you think that TikTok will be overshadowed by Instagram? Feel free to discuss it in the comments. 🙂 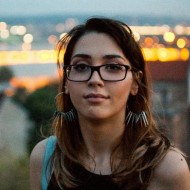