Sotrender is happy to present the 19th edition of Fanpage Trends UK – the first report analyzing brand communication on Facebook in the UK. We analysed reach, engagement, customer service, and content on Facebook in 11 integral industries. What are the biggest UK Facebook Pages? Which of them is the most successful at engaging fans and followers? Read the report and broaden your perspective on the social media landscape in the United Kingdom. 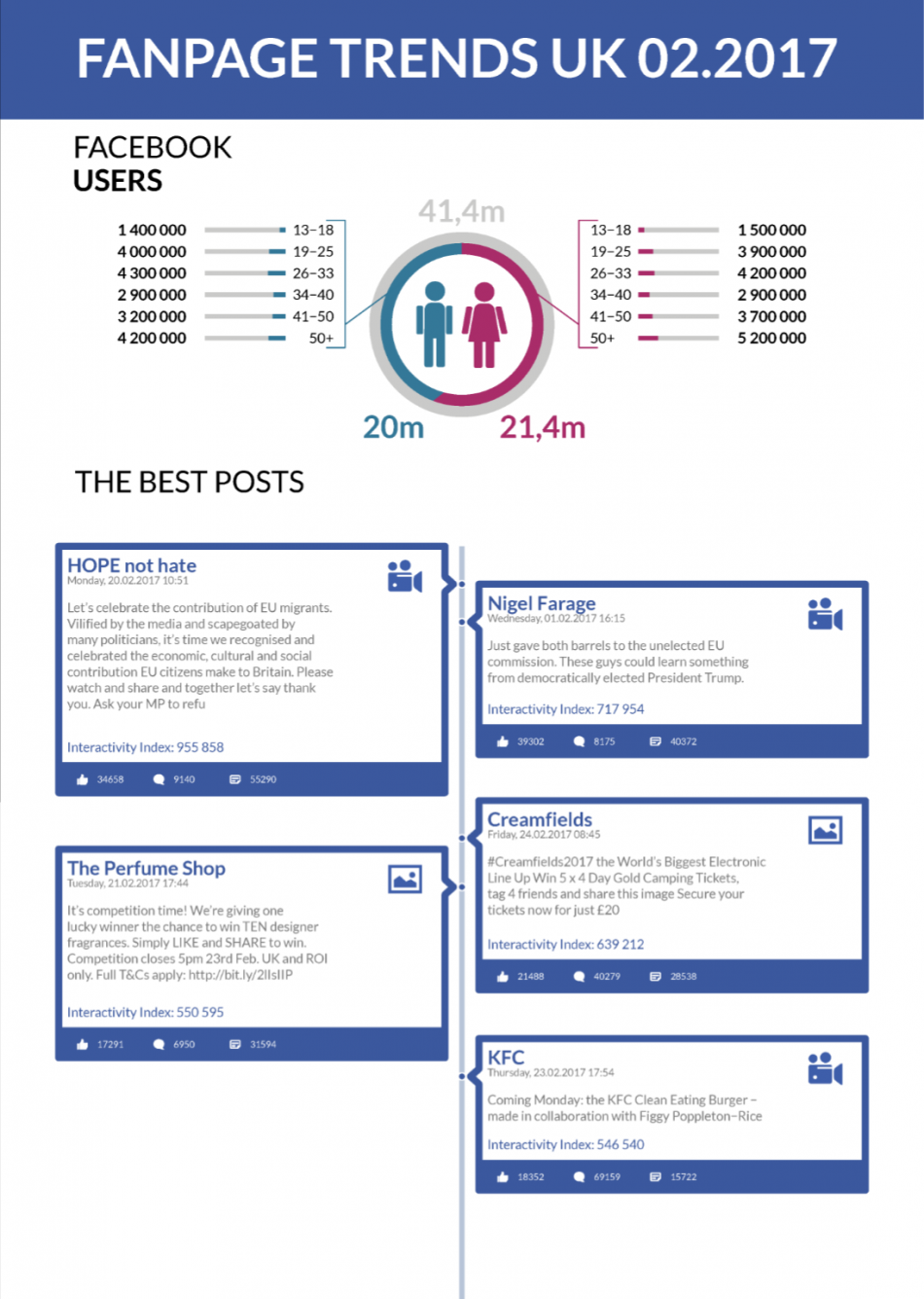 The top two posts this month contrast each other quite interestingly and politically. That’s because the top post was a video shared by HOPE not hate, promoting the contributions of EU citizens in Britain. But the second best post was made by Nigel Farage, promoting Trump while bashing the EU. Facebook reflects the divided state of the UK. Such strong and divisive opinions cant often lead to a lot of engagement, especially when a discussion starts. But such politically fueled posts can bring out the worst in people, so it’s not the best idea for brands to get involved.


Start your free trial and analyze your Facebook profile!Learn more

Creamfields, The Perfume shop, and KFC rounded out the rest of the ranking. The former two shared competitions with their fans, whereas KFC promoted a new product they’re introducing. Both are great ways to keep your audience engaged and paying attention.

The biggest engagers this month were Red Bull Racing, England Rugby, and Ellie Goulding. The SEO guru Lukasz Zelazny noticed a shift in the amount of engagement football clubs were getting. He noted that “the winter seasons has affected the engagement of football clubs, with Leicester City, Spurs, and West Ham all having lower engagement recorded.” So if your brand is seasonal too, don’t fret too much from lowered engagement. 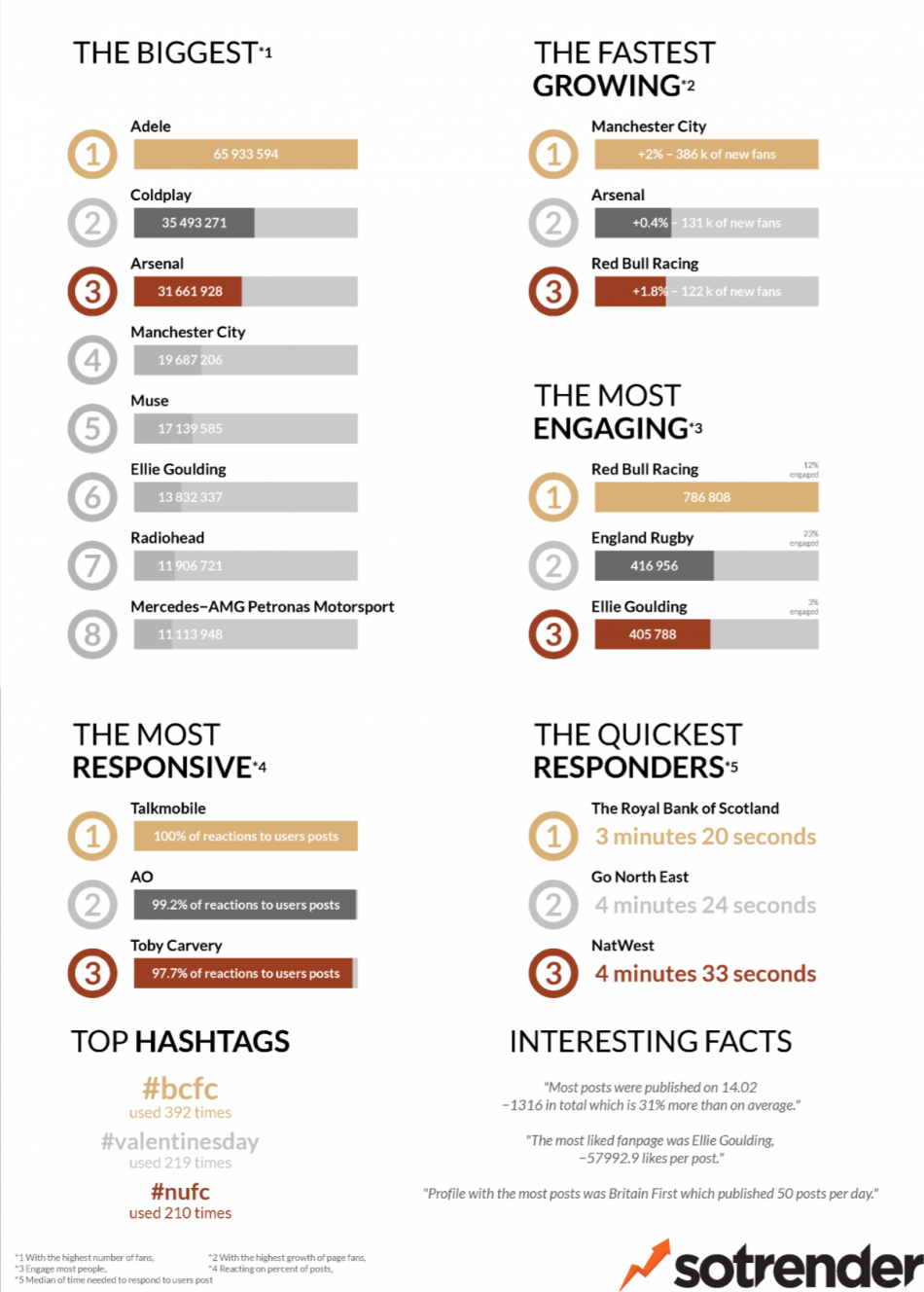 But that didn’t affect how much growth football pages get! The fastest growing pages this February we’re Manchester United, Arsenal, and Red Bull Racing. Even during their down time, football clubs still manage to gather new fans and increase the size of their audience.