Sotrender is happy to present the 16th edition of Twitter Trends UK – the first comprehensive report on the Twitter industry in the United Kingdom. We analyzed reach, engagement, customer service, and content on Twitter in 11 integral industries. What are the biggest UK Twitter profiles? Which ones know how to engage their fans? Read the report and learn a little bit more about the social media landscape in the United Kingdom.

One Direction once again filled out most of the top ranking this month. But the most engaging tweet this January was made by Ed Sheeran, on the first day of the year. He announced his return to the world of music with a short video clip on Twitter. And that got his huge fanbase really excited and eager to engage. This worked so well in part because Sheeran hasn’t been active on Twitter for a whole year, only posting once this December. We don’t recommend you stop using Twitter for a year, but his creativity might spark something in your own social media activities!

Analyze your Twitter profile with Sotrender!Try it for free!

Dan Howell once again stands as the most engaging Twitter profile. Ed Sheeran and Manchester United follow him the rankings, respectively. The fastest growing pages this month were BBC Breaking News, BBC News (World), and The Economist.

Callum McCahon, strategy director of born social, notes that the growing popularity of news is something Twitter should pay more attention to: “With Twitter facing a very public struggle to engage and retain their users, this section of the report gives a sense of where Twitter’s current strengths lie. The insight is pretty clear – the top three fastest growing accounts are all news sources. This backs up what we’ve just found in our new #TheSocialSurvey report – 34.9% of ‘active’ Twitter users said that news was their key reason for using the platform. I believe that to survive, Twitter should double down on news – this is where their strength clearly lies, and it is the value that they can add over any other social platform.” 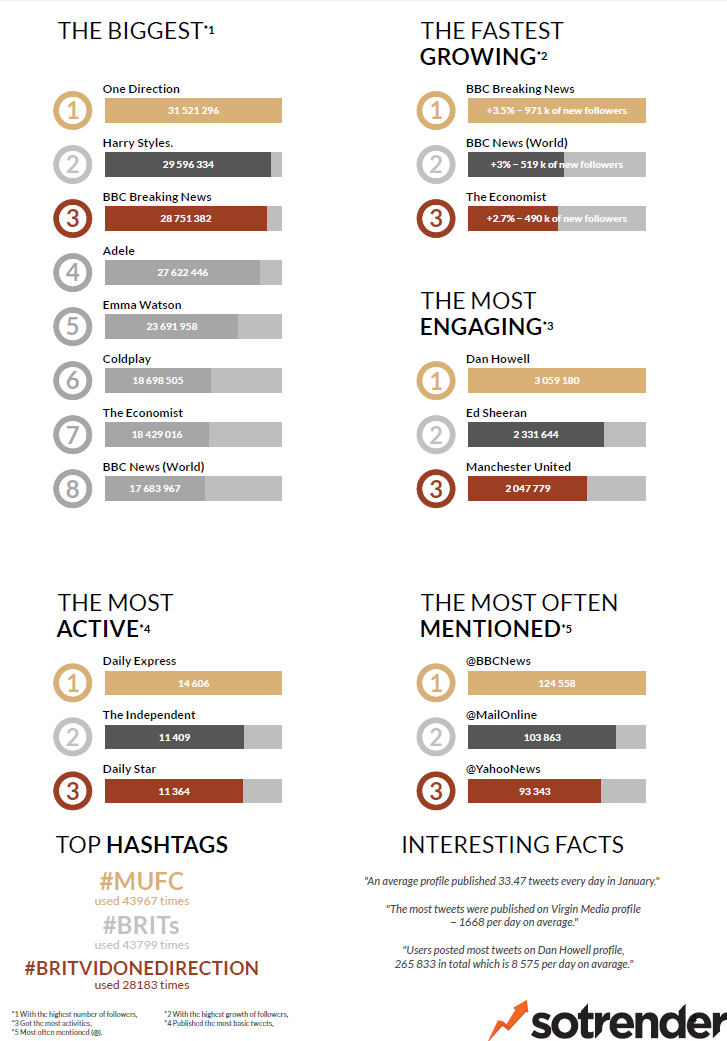 #MUFC was once again the most popular hashtag in January, but it wasn’t as dominating as it was in December. #BRITs and #BRITVIDONEDIRECTION were the second and third most popular hashtags, respectively. Check out what hashtags came out on top on specific days in the chart below. 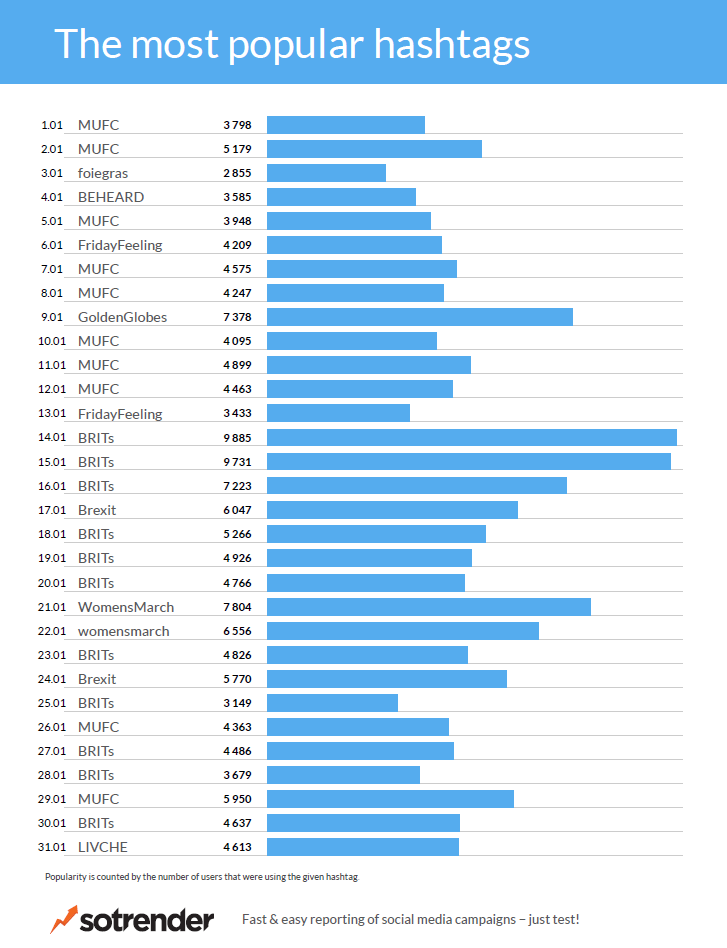