Sotrender is happy to present the 8th edition of Fanpage Trends UK – the first report analysing brand communication on Facebook in the UK. We analysed reach, engagement, customer service, and content on Facebook in 11 integral industries. What are the biggest UK Facebook Pages? Which of them is the most successful at engaging fans and followers? Read the report and broaden your perspective on the social media landscape in the United Kingdom.

Once again the biggest pages this month we’re Mercedes AMG Petronus (10.8 m), Tottenham Hotspur (7.5 m), and England Football Team (6.1 m). Tottenham Hotspur experienced the most growth (2%), while England Football Team grew by 1% and Mercedes AMG Petronus only grew by 0.6%. However, their reigning popularity might be threatened as Leicester City Football Club continues to grow rapidly, (28%) resting at 2.6 million fans.

This March, political and sports pages published the most successful posts. The top post this month was made by England Rugby, celebrating their victory against France which made them the Grand Slam Champions. Fans of their page we’re eager to voice their excitement and support over the win. 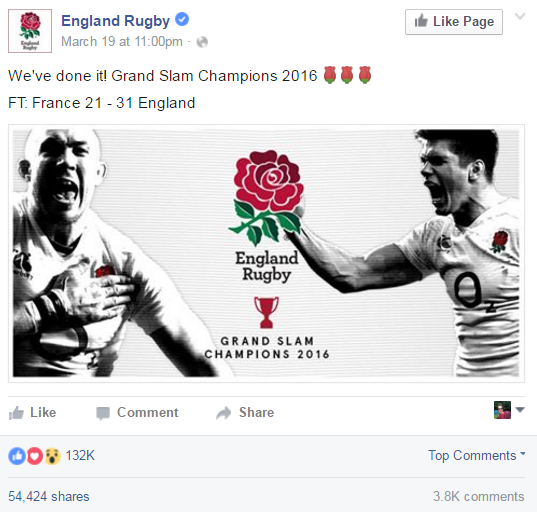 Second place belonged to Britain First. The nationalist party’s fanpage once again shot to the top of the rankings this March with a picture post asking people to “Share if you agree that Muslim extremists who burn our flag should be deported.” Britain First’s far-right leanings lead them to produce controversial topics, often resulting in extremely engaging posts. The third spot in the rankings belonged to Jeremy Corbyn. As he did in previous months, a post he made calling out Prime Minister Cameron on false claims he made. This time, they we’re concerning the state of education and teacher employment in the UK. 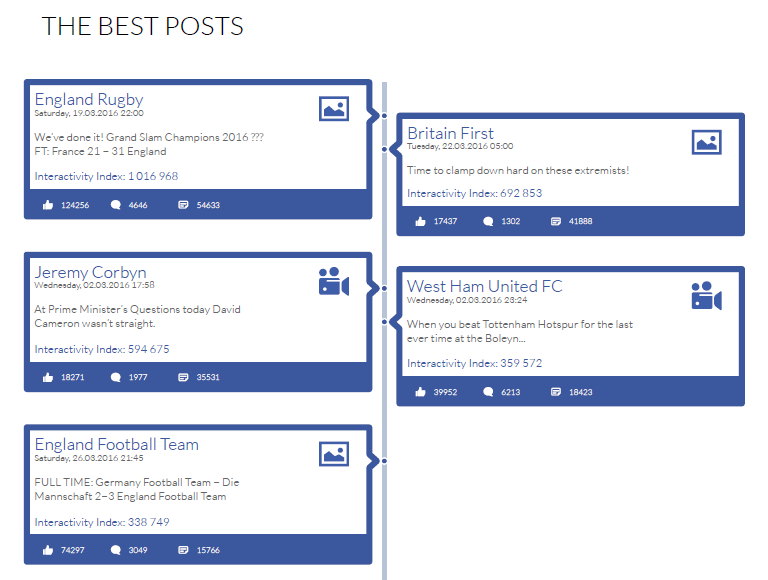 The most engaging fanpages were once again dominated by sports clubs. The top three engagers were Leicester City Football Club (624 k), England Rugby (567 k), and Tottenham Hotspur (364 k) respectively. The fastest growing page remained Leicester City Football Club (+576 k), followed by newcomers The Body Shop (+301 k) and Actimel (+264 k). The Body Shop knocked Tottenham Hotspur out of second place, while Actimel took Sunderland AFC’s third spot from last month. The Body Shop’s rise in fans can be attributed to their introduction of a new brand of products last month, while Actimel’s success is likely to due to their increase in good posting habits and promotional contests. 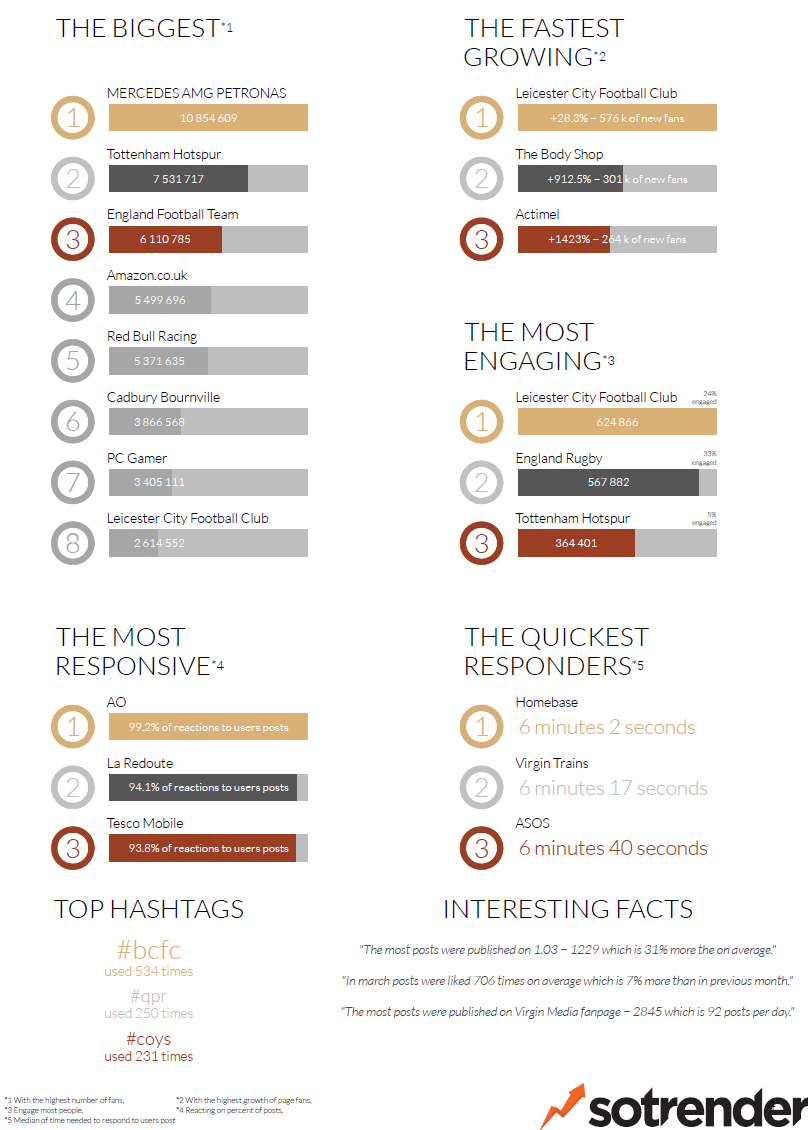