Sotrender is happy to present the 7th edition of Fanpage Trends UK – the first report analysing various aspects of brand communication on Facebook in the UK. We analysed reach, engagement, customer service, and content on Facebook in 11 integral industries. What are the biggest UK Facebook Pages? Which of them is the most successful at engaging fans and followers? Read the report and broaden your perspective on the social media landscape in the United Kingdom.

The biggest UK brands remains the same this month, with Mercedes AMG Petronus (10.7 m), Tottenham Hotspur (7.3 m), and England Football Team (6 m) once again taking the top three spots of the ranking. Each page grew last month, but Tottenham Hotspur grew the most with a 2% growth of 133 thousand fans, whereas Mercedes AMG Petronus grew by 0.5% and England Football Team grew by 0.8%. 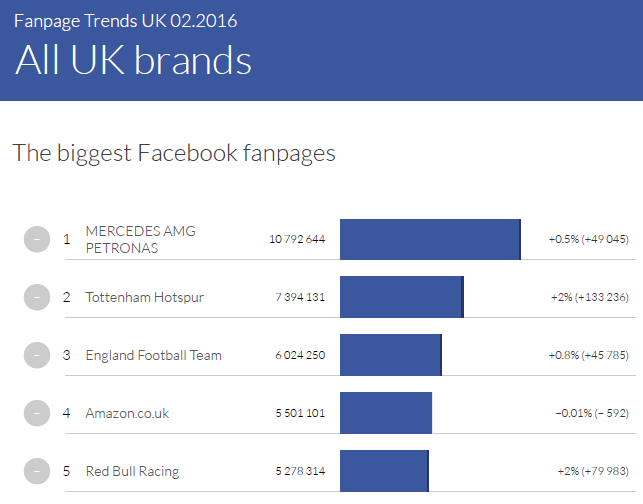 This February, the most successful post came from Bourne, the official page for the film series of the same name. This post featured a teaser trailer for the latest installment in the franchise, which aired during the Superbowl last month. Much of this post’s success can be attributed to the trailer showing Matt Damon returning to the starring role of the franchise. 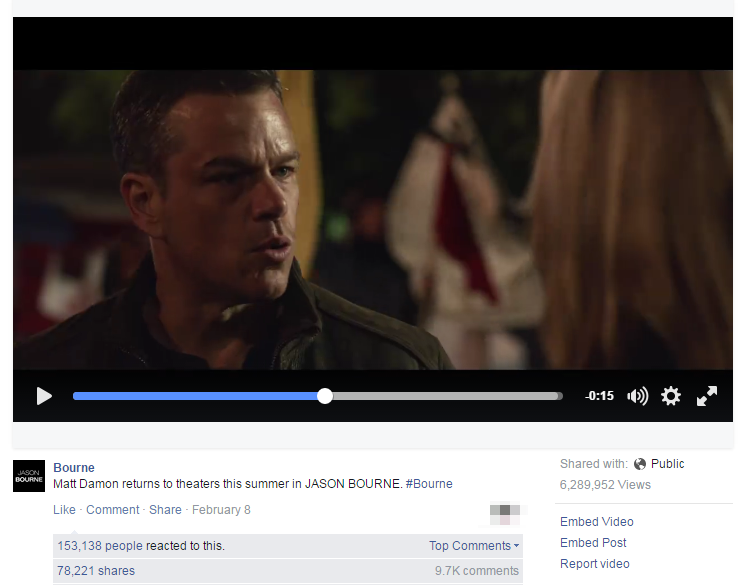 The second best post was made by RideUK BMX, where they posted a compilation video of their top 10 favourite wallrides. It’s not surprising that the video was so successful, as some of the tricks in this video are pretty insane and are definitely worth the watch. And in third place we have Jeremy Corbyn, once again making the rankings for Fanpage Trends UK. This time, he posted a video of David Cameron’s response to his questions about the junior doctors’ strikes and the funding crisis in the NHS. It got quite the response from his Facebook fans.

What’s notable is how the top posts all contained videos. There’s been quite a trend of increasing video popularity on the internet that is expected to keep increasing, and the popularity of such posts are a clear indication of that.

The engagers and the growers 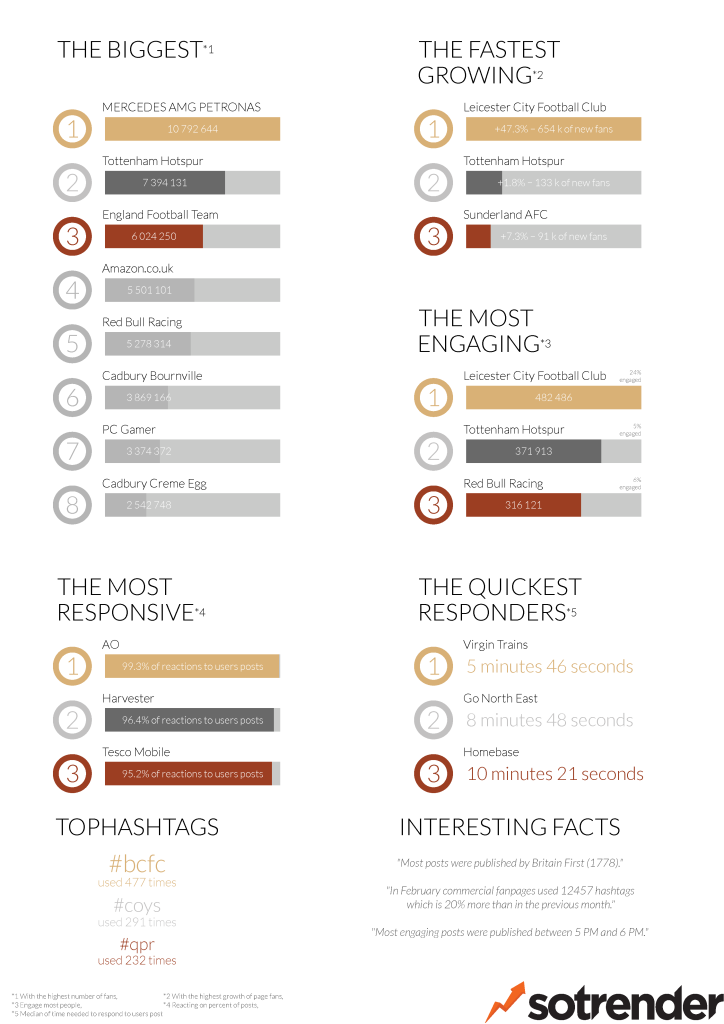