Sotrender is happy to present the 5th edition of Twitter Trends UK – the first comprehensive report on the Twitter industry in the United Kingdom. We analyzed reach, engagement, customer service, and content on Twitter in 11 integral industries. What are the biggest UK Twitter profiles? Which ones know how to engage their fans? Read the report and learn a little bit more about the social media landscape in the United Kingdom.

Let’s quickly give a shout-out to One Direction this month for once again being the overwhelming victors of Twitter popularity. Once again the band’s profile and the profile’s of each individual member had the biggest profiles and the most engaging tweets. However, Adele is the largest fastest growing profile, so they might not remain at the top for too long.

The top tweet this month came from Harry Styles, how tweeted about his birthday using a quote from a particular Taylor Swift about being 22. The rest of the top performing tweets this February can be seen below, all from the One Direction crew. And one ex-member. 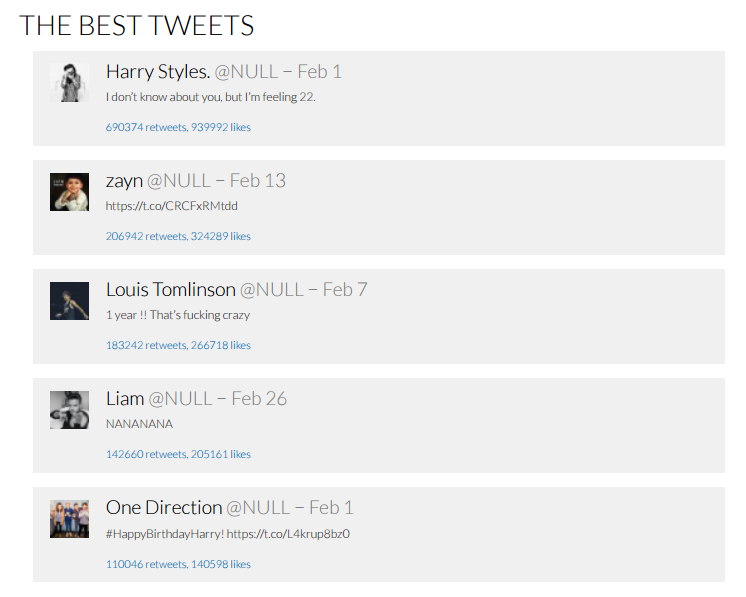 In February, once again the music industry dominated the Twitter-verse, along with discussions about numerous awards shows. We can best see this by looking at the most popular hashtags from last month. The most popular hashtags on were #GRAMMYs, as people tweeted about the event around February 16th, where it culminated in the highest amount of uses.

#BRITs was another popular hashtag, which was for the British Phonographic Industry’s annual pop music awards show. The BRITs got quite a lot of attention, as people were tweeting about it not only the day of the event, but on quite few days before it as well. This serves as a reminder that you can leverage your brand around upcoming events on social media beyond the actual date of said event.

Other popular awards show hashtags included #KCA for the Kid’s Choice Awards and #Oscars for the Academy Awards. Surprisingly, the Oscars hashtag was beat by #LFC for the Liverpool Football Club the night of the big event, but it increased in popularity dramatically the day after. This was due in large part to Leonardo Dicaprio winning an Oscar for best actor in a leading role. The internet was in uproarious applause, as many believed his win was long, long overdue.

Check out the full list of popular hashtags below. 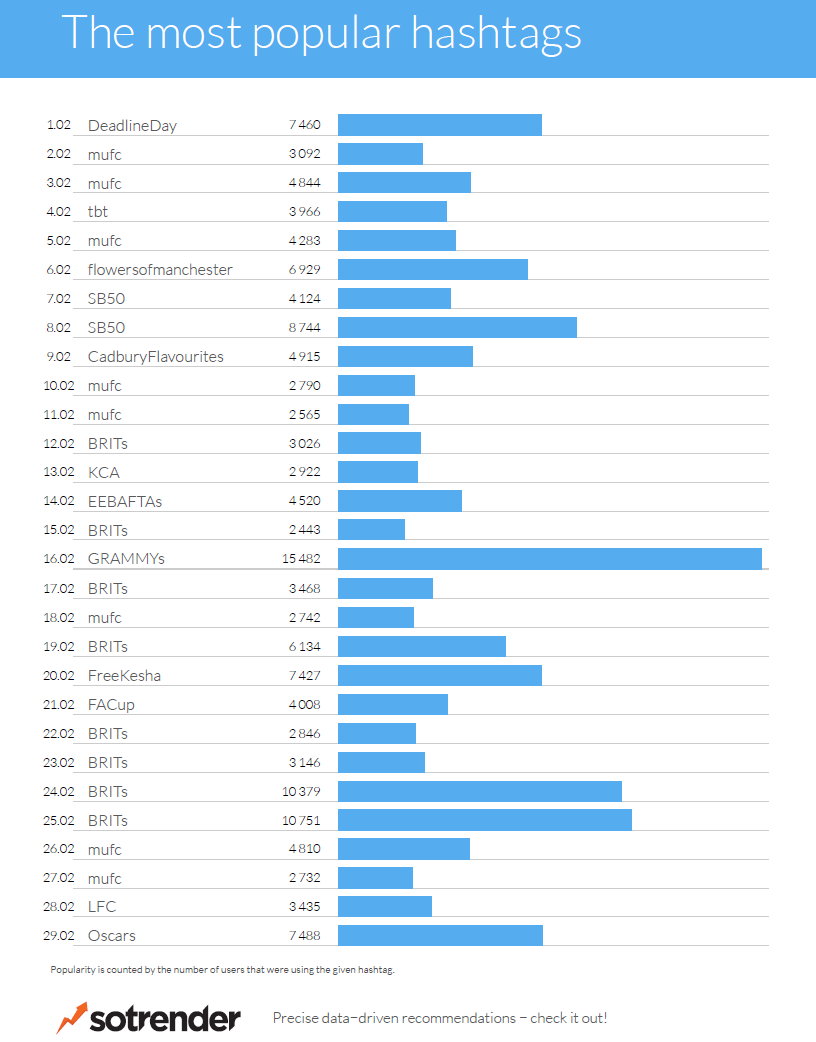