Sotrender is happy to present the 4th edition of Twitter Trends UK – the first comprehensive reports on the social media industry in the United Kingdom. We analyzed reach, engagement, customer service, and content on Twitter in 11 integral industries. What are the biggest UK Twitter profiles? Which ones know how to engage their fans? Read the reports and learn a little bit more about the social media landscape in the United Kingdom.

Both of the report containing data for 11 different industries present on Twitter in the UK. These are: All UK Brands, Alcohol, Banks, IT/Electronics, Beverages, Beer, Politics, Retail, Cars, Sweets, and Telecommunication.

Last month on Twitter was in many ways a déjà-vu of December. Once again, the rankings are overwhelmed with music profiles. And, once again, One Direction is hogging most of the spotlight, both the band’s current and former members. 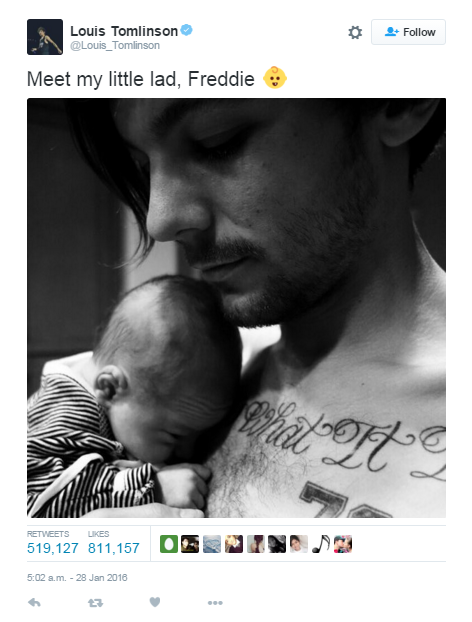 The highest performing tweet of January belongs to Louis Tomlinson. He posted a heartfelt and adorable tweet of a picture where he’s holding his newborn son, Freddie. The following two posts were of Tomlinson’s bandmate, Harry Styles, ringing in the new year with a simple tweet of the new year. And former One Direction star Zayn Malik came in third with the exact same tweet… but with a Z replacing the 2 to make the stunningly punny “Z016.” And the last two positions in the top 5 belonged to Liam from One Direction and the band’s official Twitter profile. This is the exact same order as in December, except with Louis knocking Harry out for first place. And on top of already having the top tweets of the month, One Direction and it’s members are also the fastest growing profiles and the most engaging ones. 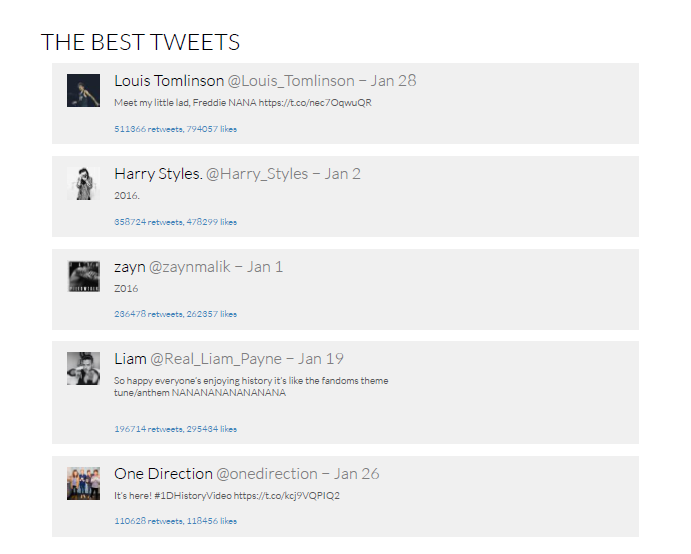 Boost your Twitter performance with SotrenderTry our free trial

This month, the most active profiles belonged to The Guardian, Vogue.co.uk, and Daily Mirror. All of which are media profiles, which we’ve seen in other social media channels allows them to post content more often than brand profiles. The most often mentioned profiles were Telegraph, SkyNews, and Adele. 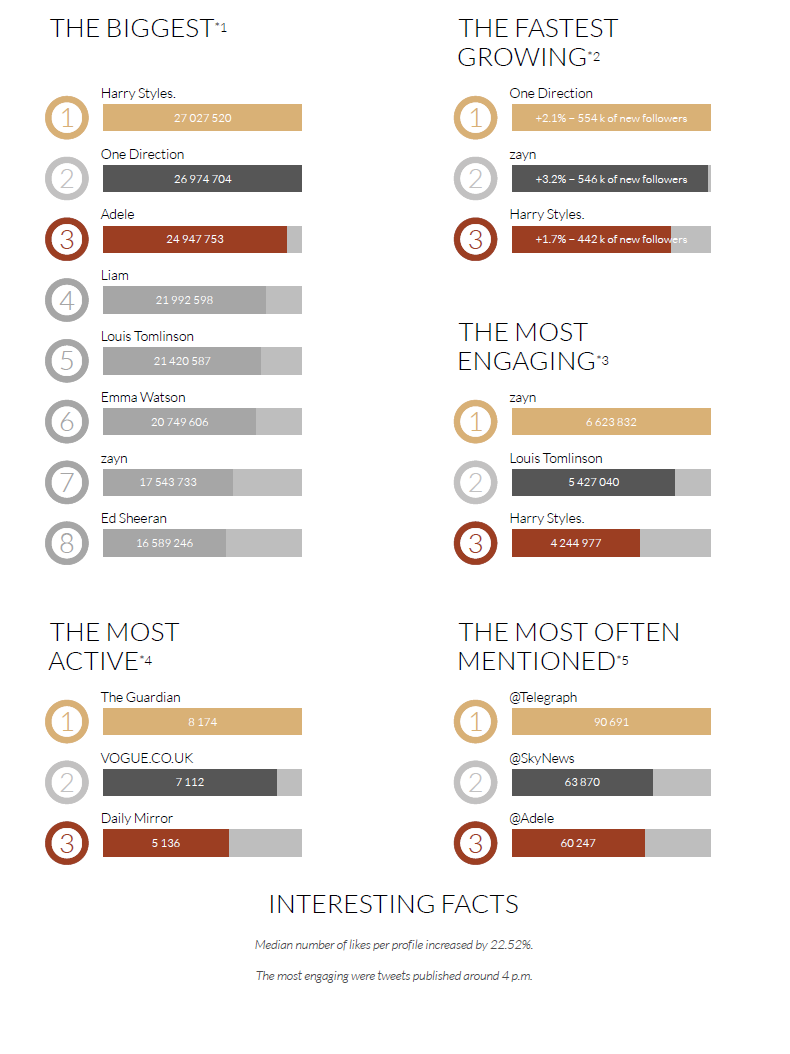 The most popular Hashtag last month was #HappyNewYear, which comes as little surprise as New Years Day is undoubtedly one of the most popular holidays of the year. Other popular hashtags included #BallondOr, #BRITs, and 1DHistoryVideo. Be sure to catch up on them to get a full idea of what was trending last month. Or better yet…