I’ve just returned home after 4 days at Social Media Week London 2015. With my head full of impressions and inspiration, I decided to write this post. A summation of my experiences, similar to what we did after Dublin Web Summit 2 years ago. Since these were a very busy and exciting few days, I’m gathering up what I’ve seen and what I’ve thought. I hope this will be helpful for those who have attended this year, for those who didn’t, and for those who are wondering what’s coming next year.

It was my second Social Media Week in London. I was there for the first time in 2012, when I had the pleasure to present during a special session dedicated to Facebook Open Graph. It was a great experience, and I recommend it to everybody working in social media – the events are currently held in several cities, so you might find one at the right time and place for you to attend.

There was a very broad range of topics presented and talked about during the event. However some of them were more important than others, demonstrated by the numerous speakers on these topics: 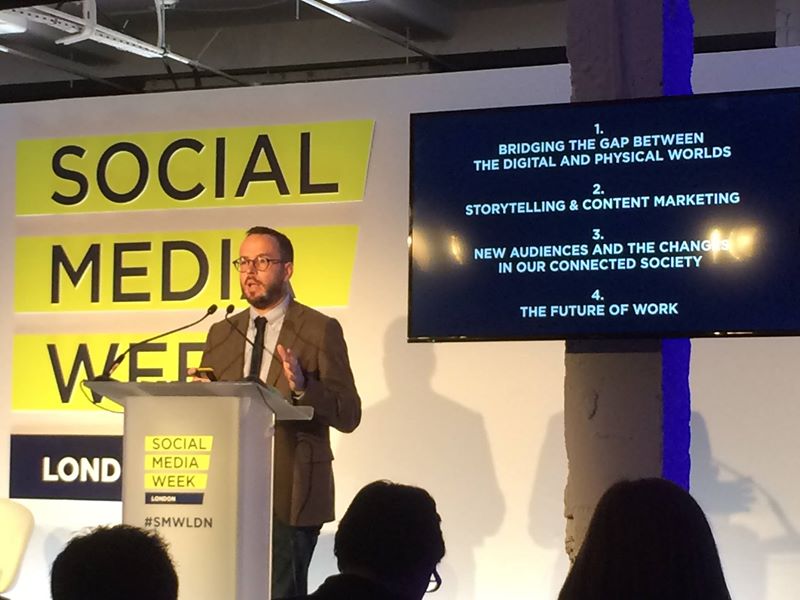 Glanfranco introducing the 2nd day of the event

Just my picks from the long list of 117 talks, panels, and workshops:

I’ve heard also nice things about The Misfit Economy’s Alexa Clay and her presentation, with the very catchy title “Misfit Innovation – What can brands and agencies learn from drug dealers, pirates and dissidents” – but I missed it unfortunately. Of course, I couldn’t be at all the presentations I wanted to see. So please help me and your fellow readers by naming your favourites in the comments section.

What else did I enjoy at Social Media Week London 2015? 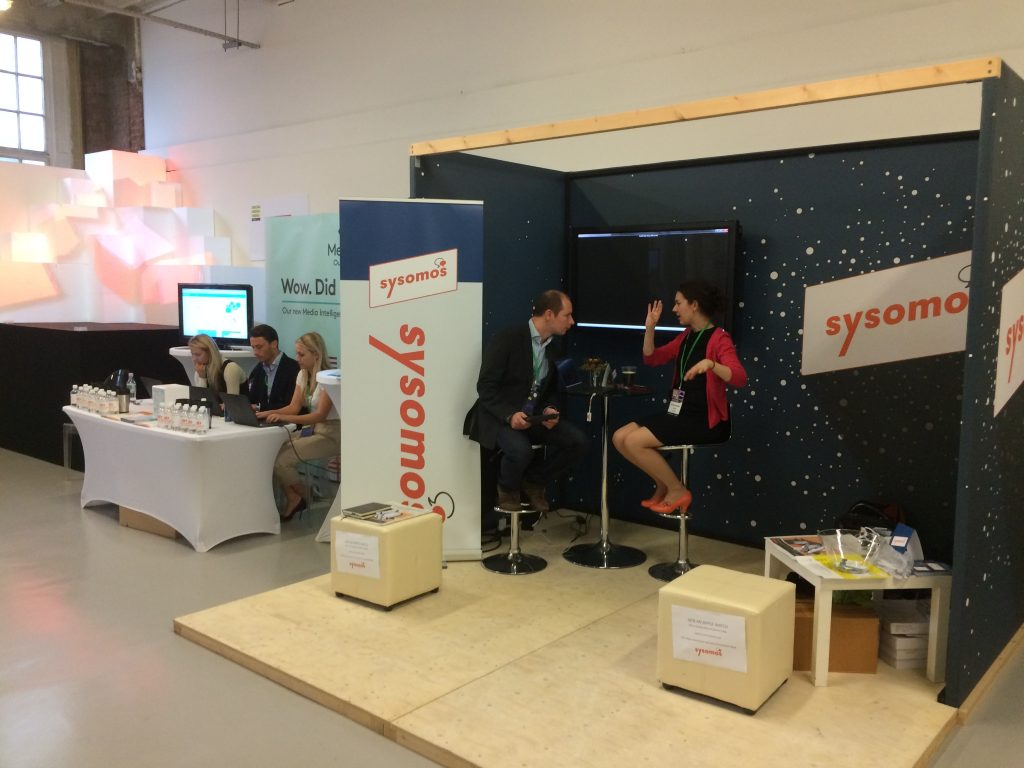 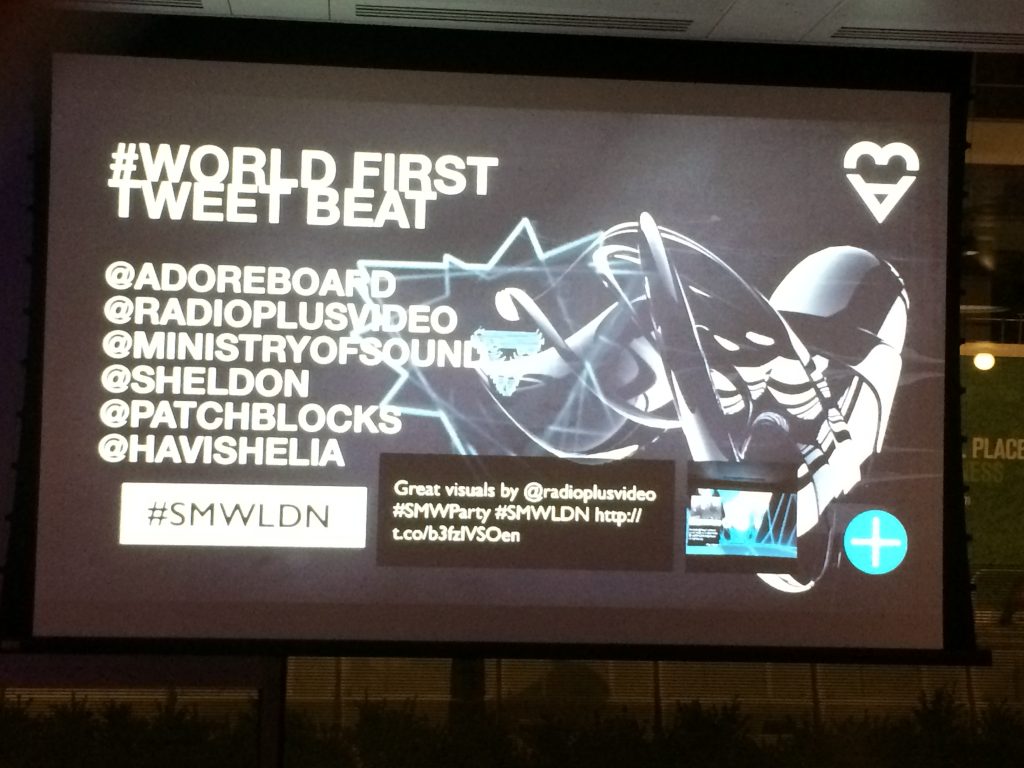 What did I dislike at Social Media Week London? 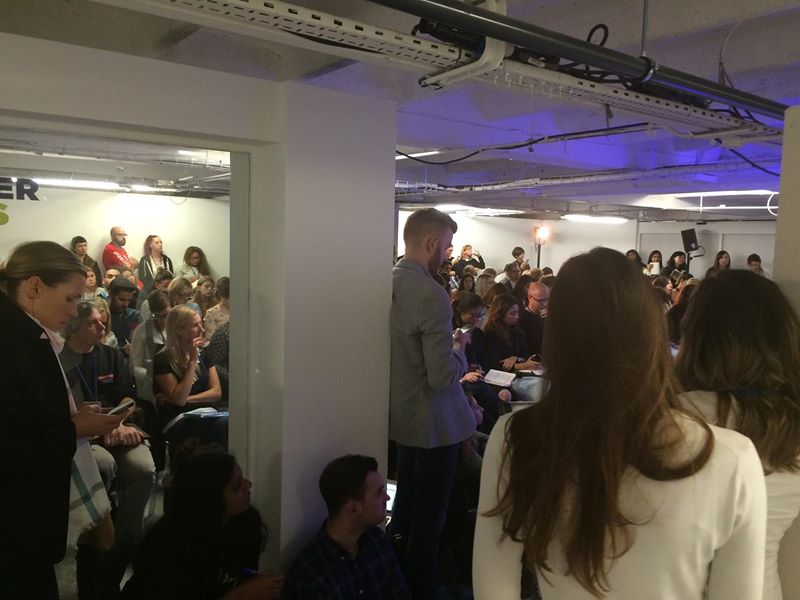 Some tips on preparing for a social media event

Most social media events still take place in the real world, and are about much more than just presentations and speeches. If you really want to benefit from them, it’s good to prepare in advance. Such a big conference is a great opportunity to meet people. Your friends, clients, prospects, and suppliers might also come there. So it’s a good chance to say hello and to meet them, or to at least exchange some emails or tweets. A good thing about social media events is that most of the speakers and participants tend to be very active in social media too. You can start networking with them and following respective hashtags and discussions before the event. For a bigger impact, you can also try to coordinate your other marketing activities with the event, to get maximum visibility. In our case, it was Fanpage Trends UK: our new monthly report on the communication of the UK’s largest brands. It was released just a couple of days before the event and got covered quickly, e.g. on CMO.com . Moreover, there was my guest post on the timing and frequency of posting at the Social Media London community blog, issued on purpose during the event.

Thanks for Social Media Week London 2015!

Thanks to the organisers, especially to the untiring Gianfranco Chicco, as well as to all volunteers who made this event happen. Hope to see you soon on one of the next Social Media Week events in London. Or perhaps in Milan – where I’ve heard it’s the biggest in the world!