Super Bowl garners a lot of attention in the USA, not only as a sports event (even though it’s the third most watched singular game worldwide) but also as a marketing phenomenon. Companies prepare special campaigns, where they spend a massive amount of money. Smaller businesses, however, can also benefit from the “Super Bowl effect, ” especially if they use social media wisely. Here are some smart tips on how to leverage social media for your brand before and during the most important (American) football game, which this year falls on February 1st.

Every year, everyone and their grandma follows the Super Bowl. Last year’s game was watched by a record 111.5 million Americans. Many watchers used social media to communicate during the Big Game (It’s unofficial nickname). Super Bowl commercials were commented on by social media users, with some of them being inspired by social media events. The popularity of hashtags related to the Super Bowl is quite the indicator of the event’s popularity. As you can see on our chart, based on data from RiteTag, it’s already growing this year. 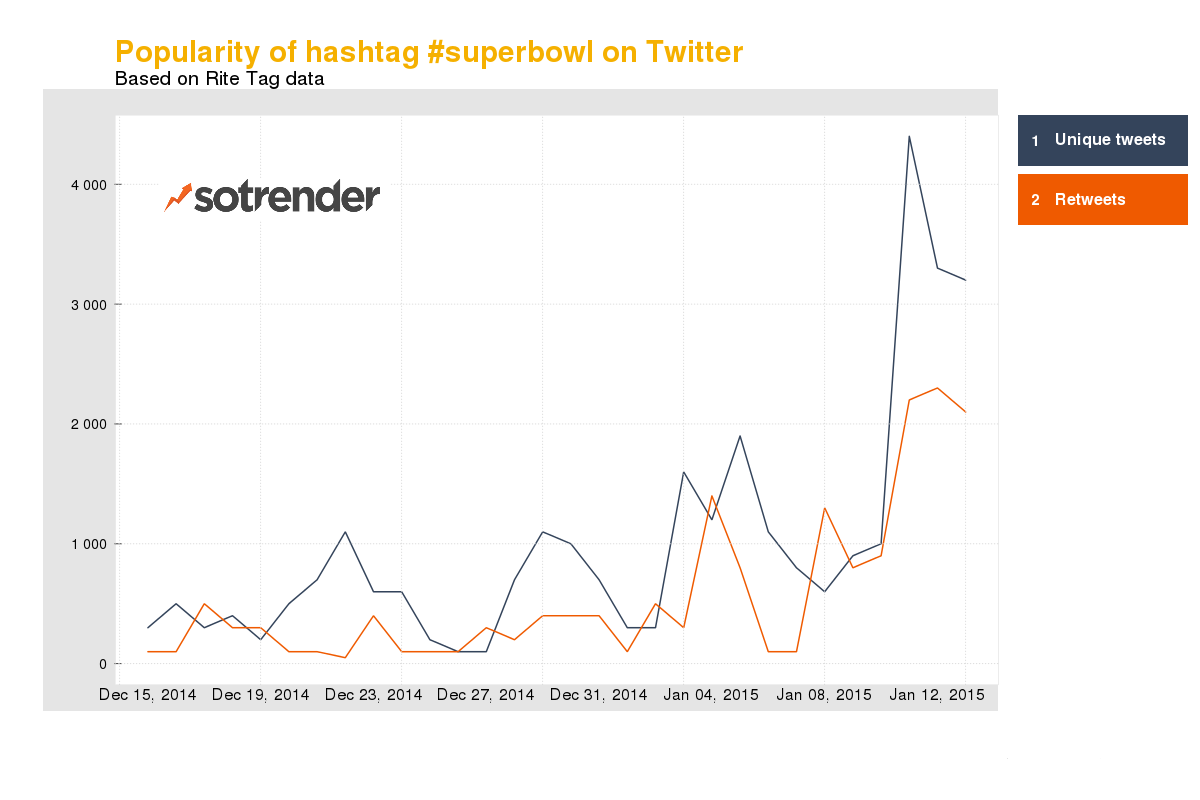 One example of a start-up that benefited from a Super Bowl ad is the toy company Goldie Blox, which gained a national following after their commercial aired during Super Bowl XLVIII. You probably don’t have $4 million for a 30-second airtime, many medium-sized companies don’t. Goldie Blox didn’t have it either, but they won a contest organized by Intuit for the spot. Of course, it was an exception, but even without an ad airing during Super Bowl, you can bring attention to your brand or product using social media. They’re not as expensive as advertising through traditional media and can boost your brand awareness even more effectively.

The biggest drawback against using the Super Bowl in your social media marketing is that, well… it’s the Super Bowl. Social media will be cluttered, everyone will be posting, tweeting,  and commenting on the game. And let’s not forget that you should have a long-term marketing strategy. A one-off action during the Super Bowl, even the most brilliant, likely won’t have long lasting effects on your brand.

How to prepare your social media for Super Bowl?

Check the reach of your postsSign up to Sotrender

So are you going to enter the social media marketing Super Bowl game?