It’s my first time at Social Media Marketing World, aka #SMMW16, the alleged biggest cyclical social media conference in the world. I’m having a great time here and would like to share my observations and impressions of the event with you so far, as well as for the next few days. I hope I’ll have the time to do it – the schedule is really jam packed.

There are a few reasons why I’m writing this. Mainly, it’s to share my thoughts on what was interesting and valuable at this year’s edition. I’m also writing to help people decide whether or not to come to next year’s conference. Personally, I often check reviews of conferences before I make my decision – and I don’t think I’m the only one. I also write for myself, as it helps me to synthesize the most important information and take-aways. Previously, I have written about other interesting events like Web Summit Dublin 2013, Social Media Week London 2015, and recently Social Tools Summit Boston 2016.

The view from the conference

Success Even Before the Start of Social Media Marketing World

I should start my review not from day 1, but from what happened the day before. I have to say that the Social Media Examiner events team did a great job. Social Media Marketing World is a huge event with over 3000 participants, but the organisation was simply amazing.

I need to list some things that every conference organizer out there should include in their activities: 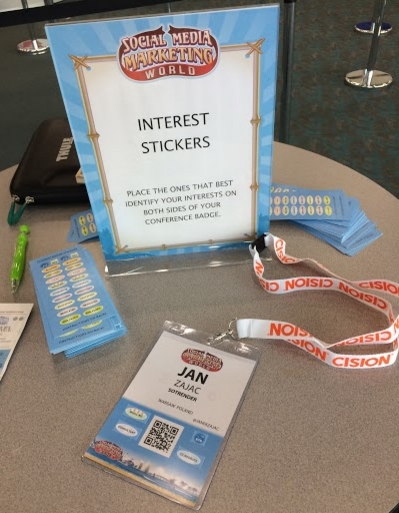 I have to mention San Diego, too. Often called America’s finest city, it’s a pleasant location with a nice, mild climate. Well, the latter can be a bit treacherous – the Saturday sun and beautiful beaches caused a few cases of heat exhaustion, myself included.

The official program of Social Media Marketing World 2016 started with 2 sessions of 4 parallel 1.5 hour workshops. An important thing to note is that they were free for participants. 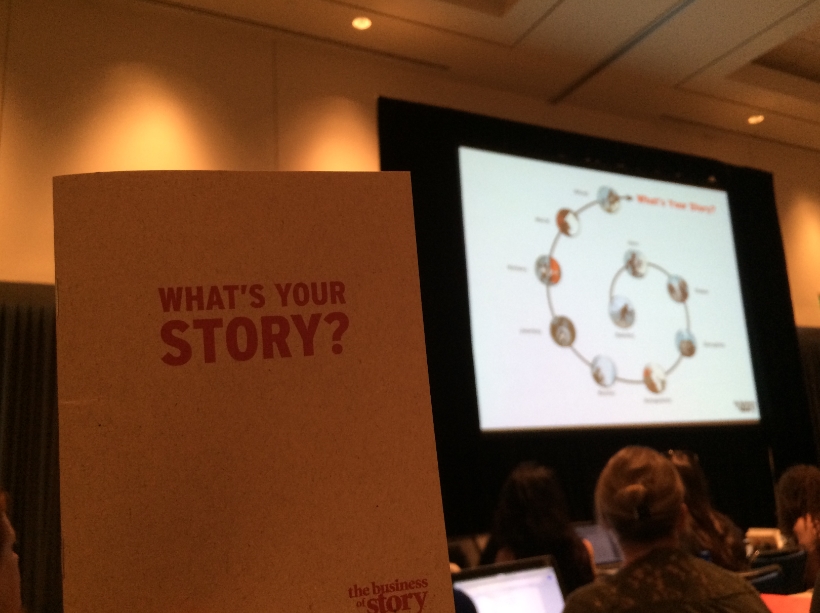 Everybody has a story – what’s yours?

My first pick was “How to Craft and Tell Compelling Brand Stories That Sell” by Park Howell. It was a blast. Park was leading his workshop brilliantly, had very interesting insights, and planned his work in ideal fashion. Even though there were over 200 people, we had enough time for exercises and examples. One of which was an exercise in which we created our own story using a special booklet.

In Park’s opinion, creating stories in business is especially important in the current social media landscape, as traditional advertising is becoming more and more difficult. Brands used to own mass media. Now the masses are the media, and storytelling seems to be the best way to connect with them. During the workshop, we were working mostly on the story cycle. Howell often referred to the works of mythologist Joseph Campbell, who identified the common motifs of the hero’s journey in various myths across countries. Actually, his framework fits perfectly with such stories as Star Wars (Lucas himself admitted Campbell’s influence on his work), The Hunger Games, or Lord of the Rings. Here you can find a really nice sum up of Campbell’s idea of Monomyth:

There were also some other great resources mentioned and used, such as:

I’m on a road trip to Mars’ Bagnold Dunes. What’s new with you? pic.twitter.com/Ruwj5jhM1V

It was a great workshop; engaging and interesting. However, there was one downside – not enough time on it’s uses in business. Only 5 minutes were devoted to sharing some business examples of The Story Cycle. However, there are plenty on this website.

The second workshop I chose to attend during the first day of Social Media Marketing World 2016 was Heidi Cohen’s “How To Create Quality Blog Posts Quickly and Consistently”. Blogging is one of the most basic marketing channels. I even blog from time to time here on Sotrender’s blog. That’s why I was looking for specific tips and tricks for it, and I was not disappointed.

Heidi gave many useful pieces of advice. She stressed several times that creating blog posts is a craft that needs regularity and the right approach. She also shared an editorial framework gathering all the necessary elements. Heidi also talked about creating and generating post ideas, including the old journalist’s rule of the 5W: Who, what, where, when, why.

We learned about the universal framework of post outlines, which contained the following:

There was also time devoted to 5 types of blog content that every good blog should use:

This workshop was full of great, actionable insights, just like Heidi’s approach to marketing. You can also find nice tips on Sombrero’s blog (where we discuss content creation, engaging users, and the basics of blogging). Or if you’re more advanced you can check out Neil Patel’s Advanced Guide to Content Marketing. I’m wondering, however, if content creation is actually just a craft. Content marketing is becoming more and more popular among businesses. For many companies it is now a standard marketing strategy, while others degrade it to being just another component of SEO. We live in a world of constant information flooding, and experts are starting to say that only good, insightful, and interesting content will find its way to the audience. Will that kind of content and framework be enough, or is talent and inspiration needed?

Evening Party: You need an aircraft carrier to contain us social media folk! 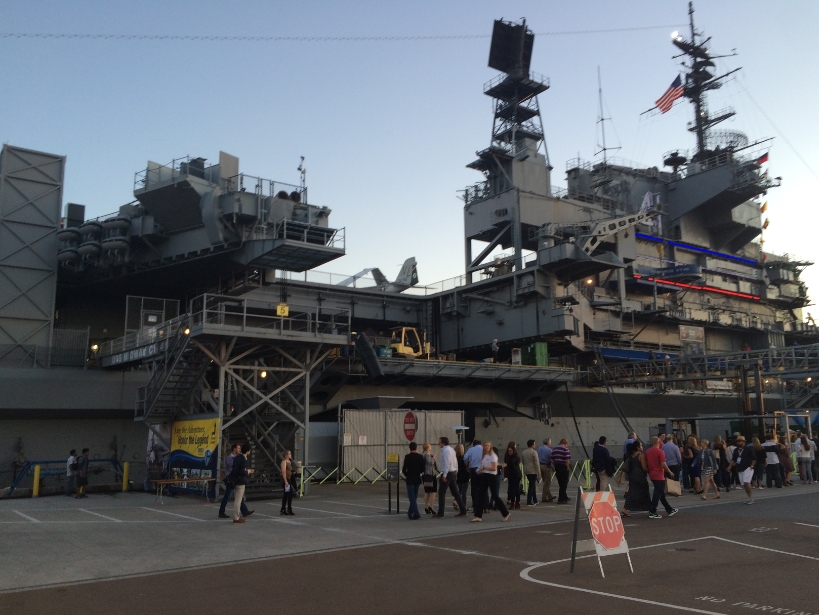 We finally reached the end of day 1 – culminating in a party on the USS Midway (the biggest ship in the world between 1945 and 1955). Unforgettable atmosphere and a great opportunity for networking with new and old friends!

Be sure to check out Day 2 of Social Media Marketing World 2016!