As more marketing communication on Facebook is becoming common among brands, the more myths are rising around it. As a social media analytics company, we decided to take a look at the most popular myths about Facebook marketing and compare them with real data.

Last time, we looked at whether or not size matters for Facebook pages, and discovered that it does, but only slightly. In the second part of our myth debunking series, we took a look at whether question posts actually get more attention than regular posts. In the next ones, we will try to debunk more alleged facts regarding posts with photos, posting frequency, and many others. Stay tuned!

Do question posts get more attention?

Questions by their very nature provoke a response from people. It’s intuitive to assume that posts asking people questions would get a larger response than those without questions. But sometimes intuition can be wrong, so we decided to have a look.

We analyzed over 10k posts from brands and media in the UK. Posts were collected using an algorithm that identified groups of word characteristics for questions like: “would you”, “should we” and so on, as well as question marks. We compared posts classified as posts with questions with other posts (classified as “normal”). The assumption was that posts with questions will attract if not more interactions, than definitely more comments, as suggested by Adespresso.

And how about comments? 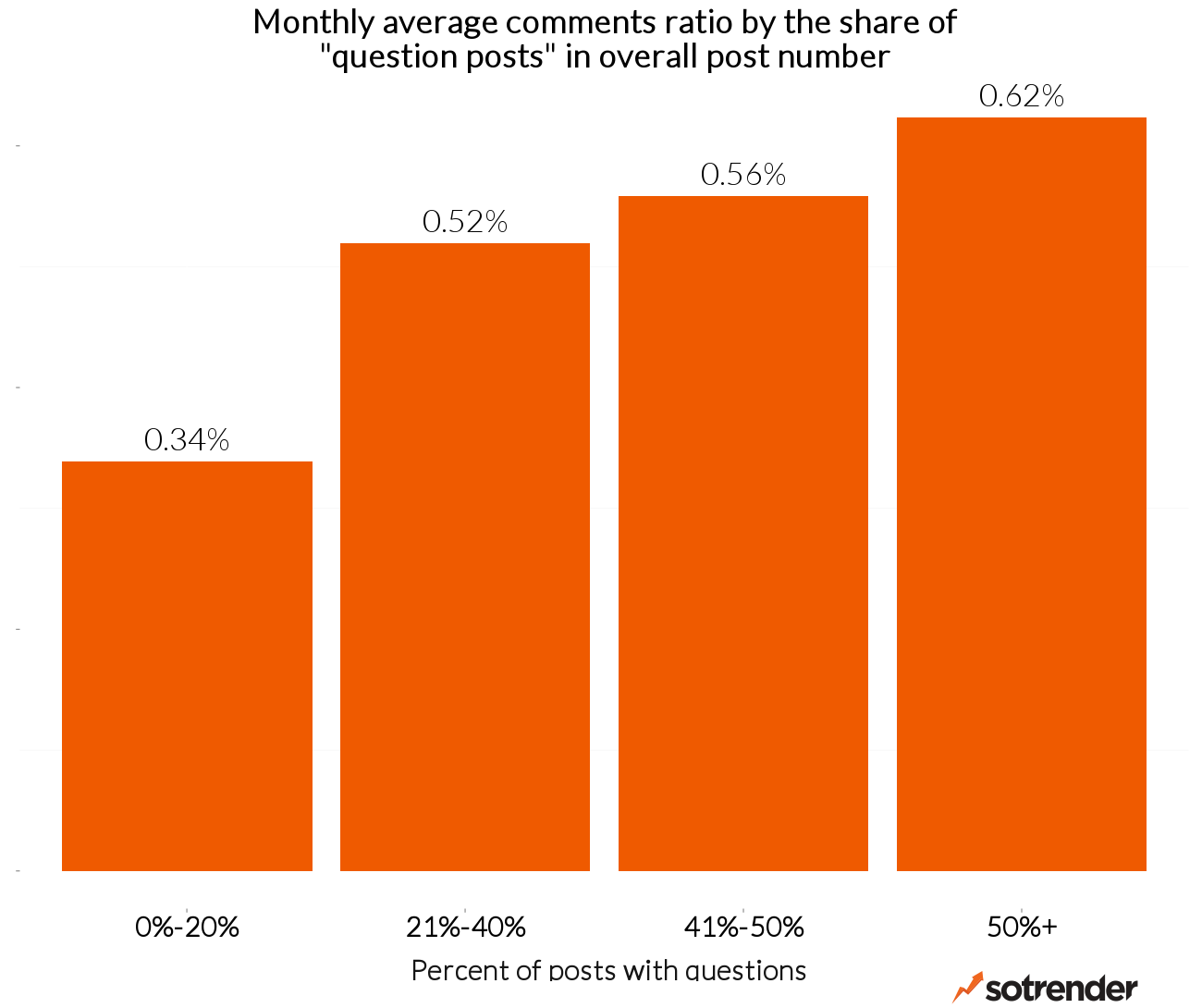 Our conclusions? Yes, questions attract more user activities (although not as many as one may think), especially in the form of comments. These comments can often form a bigger story so asking questions in a post may seem like a good solution. On the other hand, it’s important to remember that including questions is not as important as one would think.

There you have it. Questions will attract more activities, but not that much more. Be sure to stay updated and check out the next Facebook myth we debunk.