As more marketing communication on Facebook is becoming common among brands, the more myths are rising around it. As a social media analytics company, we decided to take a look at the most popular myths about Facebook marketing and compare them with real data.

In the first part of our myth debunking series, we took a look at whether Facebook page size has a real impact on the number of engaged users. It’s the first article in the cycle regarding Facebook myths. In the next ones, we will also try to debunk alleged facts about posts with photos, posting frequency, and many others. Stay tuned!

The opinion that the size of a Facebook page doesn’t actually matter is becoming more and more common. For example, we can read about it in this article by Matthew Barby.

This presumption comes from the fact that Facebook is facing a decreasing organic reach, since the biggest Facebook pages don’t have the same results they used to have. In general, the bigger the Facebook page, the smaller percentage of fans you will reach. But does it mean that size really doesn’t matter?

We analyzed almost 10k Facebook pages to find the answer which apparently is really simple. Although it’s really not the main factor determining EdgeRank i.e. the Facebook algorithm that determines which content appears on our News Feeds. Not to mention the fact that for big Facebook pages the fact of using optimized paid campaigns is more important as it always increases the number of views. 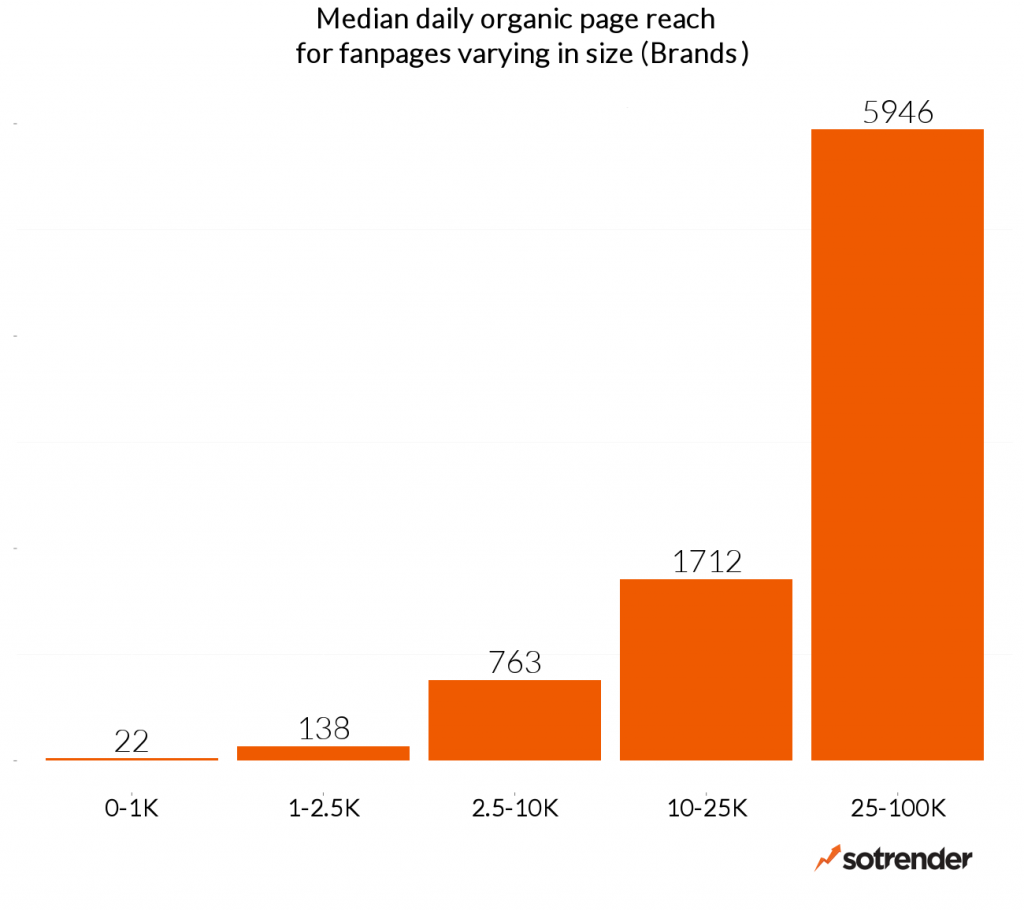 So what does this mean? Well, if you have a lot of fans, it’s probable that you will reach more users. This doesn’t concern organic reach only, but also viral reach and cases in which paid campaigns were not heavily expanded. If you have a big fanpage, you will have slightly higher reach. So it remains true that if you can gain fans for free or very cheap, do that. It’s the best option. It’s often better to devote money to promoting posts rather than increasing reach with paid campaigns. 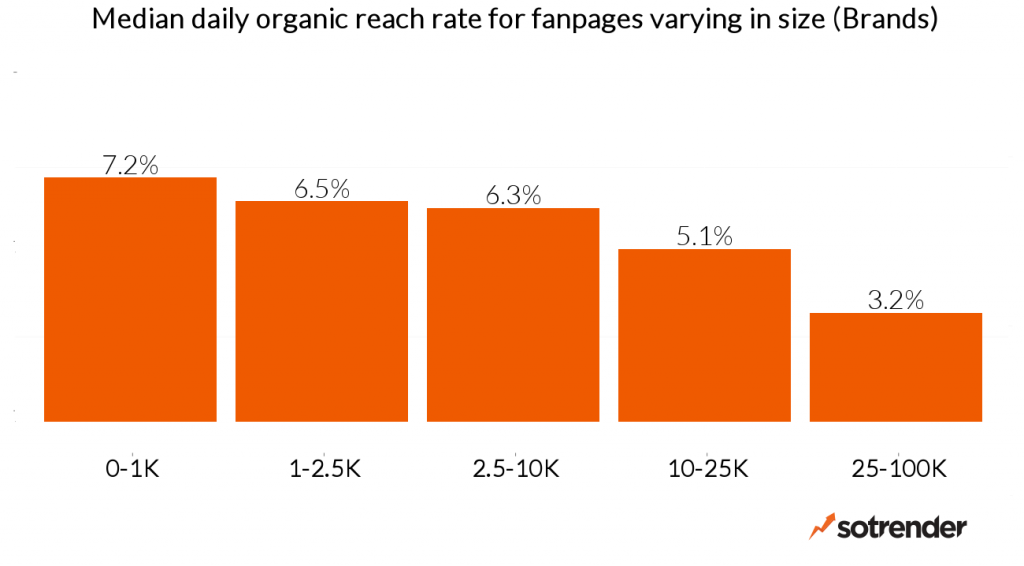 So having many fans means that you will get slightly higher reach. Be sure to stay tuned for our next myth, it’s sure to be a fun read.