Sotrender and Joy Intermedia are proud to present the tenth edition of Fanpage & Twitter Trends Indonesia. Our report contains data on reach, engagement, and content for 14 different industries present on Facebook and Twitter in Indonesia.

Overview of Fanpage Trends in June 2015 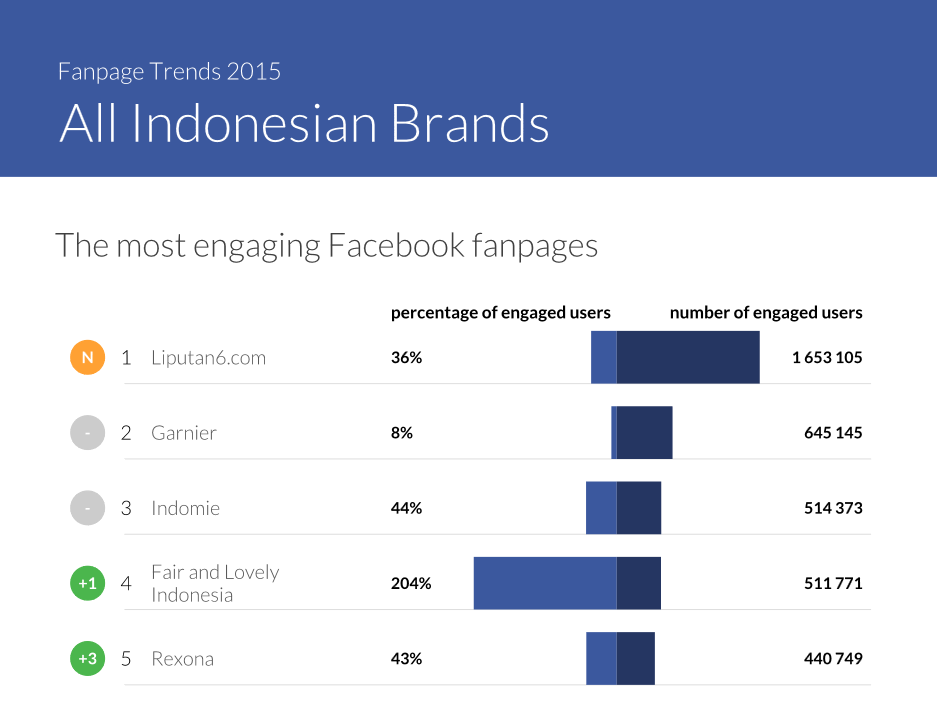 The most noteworthy change in trends comes from Liputan6, the television news program. The newly added brand has usurped the top place in terms of the amount of engagement on their page. They engaged 36% of their users, which was a whopping 1, 653, 105 users. Most other changes we’re rather contained, increasing or decreasing just a few points in the rankings. Telkomsel remained the top provider of customer service, reacting to 90% of their users posts.

An interesting amount of engagement was performed on Fair and Lovely Indonesia’s page, where they managed to engage 204% of their users, meaning users who we’re not even fans of their page we’re engaging. Quite the feat. 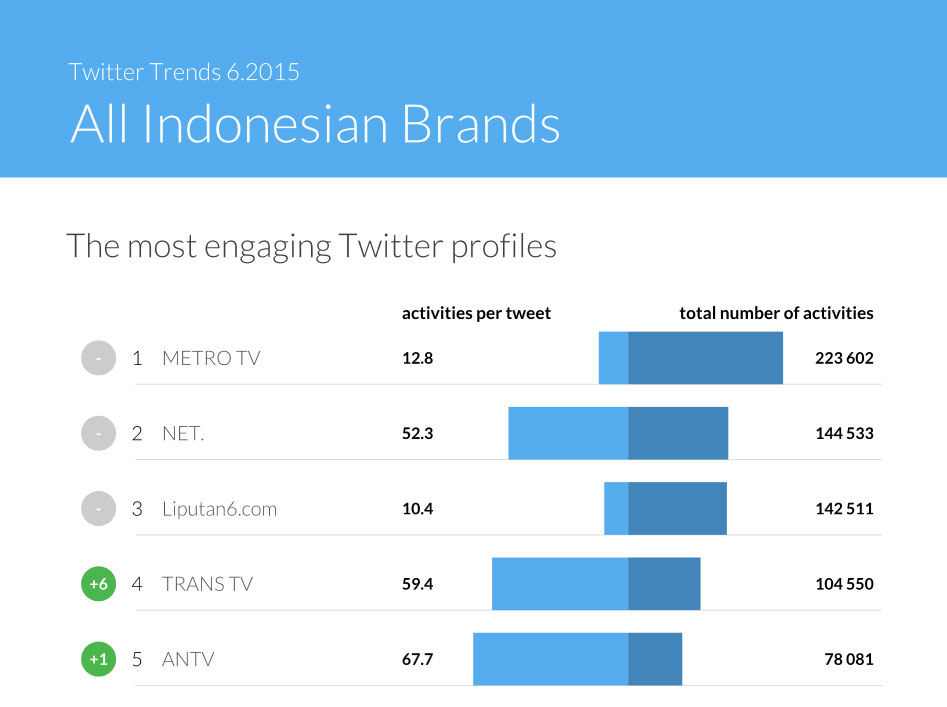 Once again, the top performances on Twitter remained largely similar to the previous month, with a few changes here and there. METRO TV once again was the most engaging profile, keeping their position at number in the rankings. They had a total of 223 602 activities performed on their profile, but with only 12.8 activities per tweet, which is much lower than that of other profiles with less total activities. This means that they’re approach of more tweets and less engaging tweets is working very well for them. Perhaps other brands should follow suit.