To start with, hashtags weren’t introduced by Facebook aimlessly. The purpose was to increase the searchability. It was ment to be a new way for people and business to discover and engage in conversations. The question whether people really use them that way unfortunately remains unanswered. 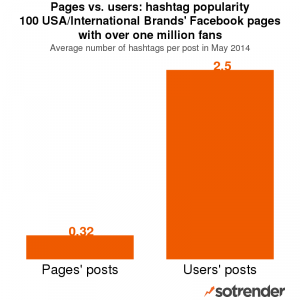 users love hashtags. We examined a hundred  American and International brands’ pages with over one million fans, among them M&M’s USA,  Pepsi,  Coca-Cola,  Microsoft, Gap and Lexus. According to our analyses, the average number of hashtags per post published by users in May 2014 was equal to 2.5. This means that there was over twice as many hashtags as users’ posts. The numbers are much smaller when it comes to admins’ activity: there were almost 8 times less hashtags in their posts.

Despite this hashtag thriftiness, most Facebook pages use the # symbol. In the three month period March – May 2014 only 6 out of 100 profiles didn’t use this feature. What about previous months? After the introduction of hashtags on Facebook in June 2013, their popularity started to rise really quick. The boom didn’t last long and started to stabilize in August. For some time now, the average number of hashtags per post is on an upward trajectory, however, the changes are quite slow. 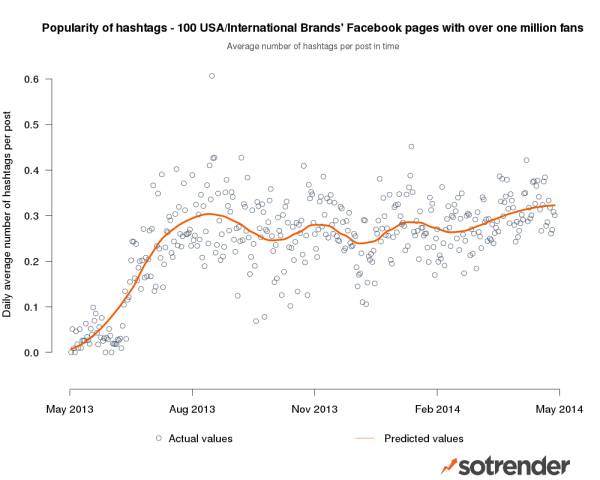 Facebook hashtags – average number of hashtags per posts in time

Basing on our analyses, we must deny the rumours that posts with hashtags engage fewer users. It is just the opposite – posts without the number sign # engaged  fewer pages’ fans than these with one, two, three and even four hashtags. The use of hashtags is therefore advisable, however, it is important not to overuse them. Restricting the number of Facebook hashtags to four in maximum, will be best practice. 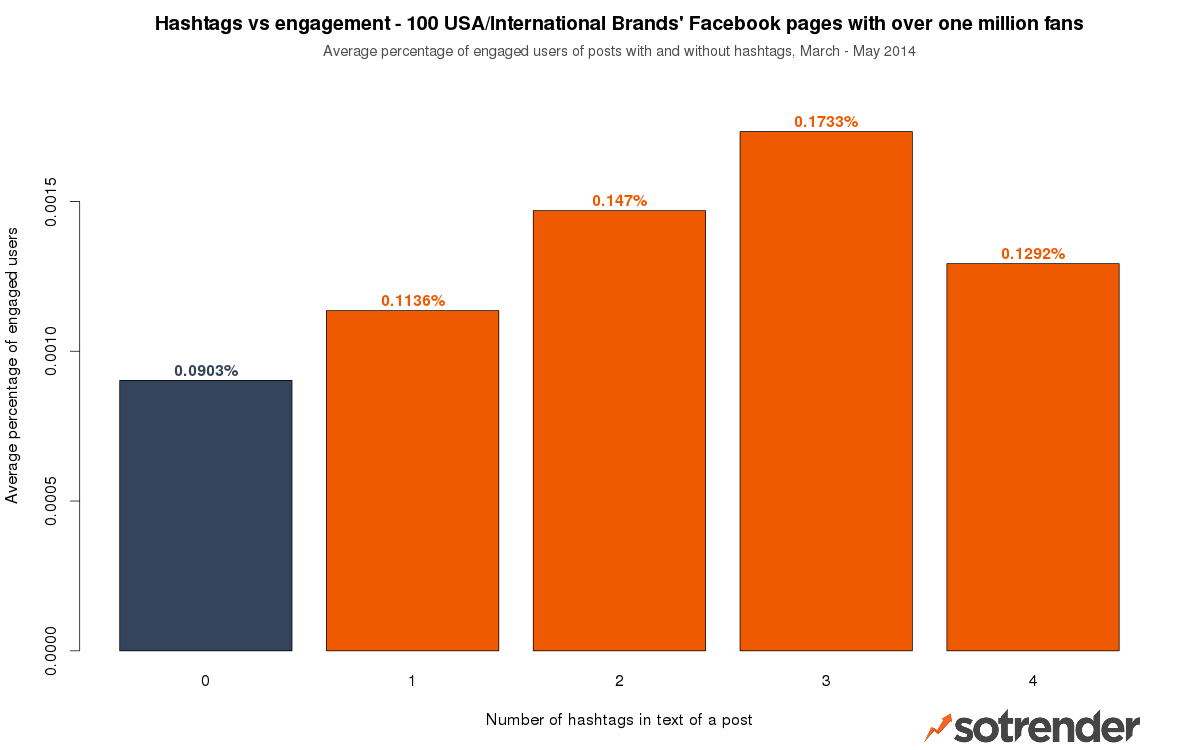 Big brands’ marketers are careful when it comes to the use of Facebook hashtags. Admins of 100 pages under examination published over 12 thousands posts in the three month period (March – May 2014) from which none contained more than five hashtags. Furthermore, in the 77% of posts hashtags weren’t included. Although, as seen on previous graph, such hashtag downscaling is not necessary.

As can be seen on the graph below, when it comes to the posts that included hashtags, 78% of them included only one # sign. Two hashtags were used in 18% of admins’ posts, while occurence of posts with more than two hashtags was negligible. 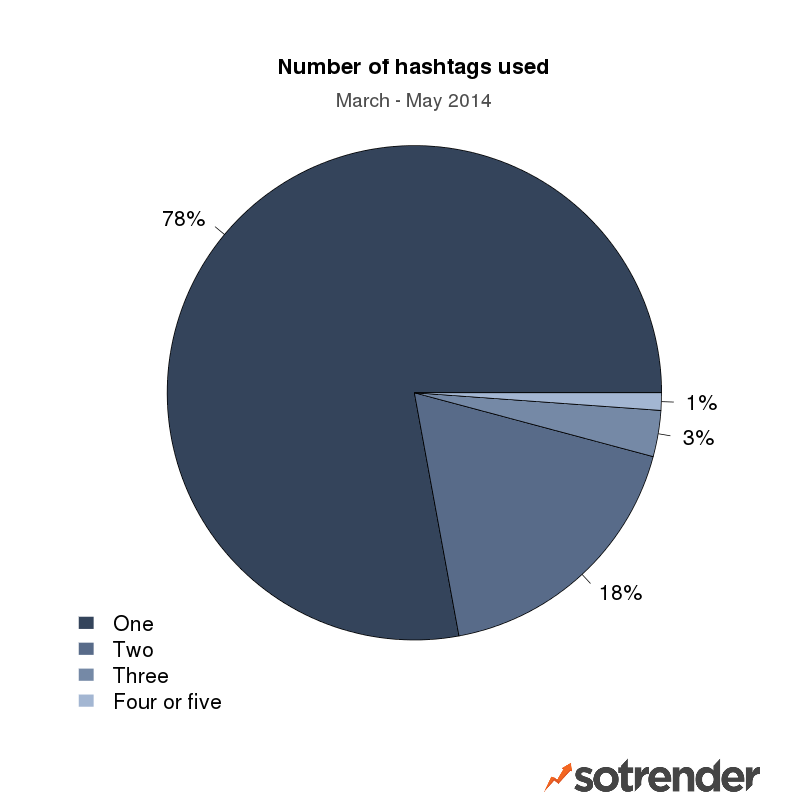 Which words should we hashtag?

If we trust in big brands marketers’ skills and want to pattern our page on better, or at least bigger than us, we should follow some rules, based on simple observations. Here is a Facebook hashtags cloud created for analysed pages’ posts from May 2014. Below you can find several tips that are crucial to follow while using Facebook hashtags. 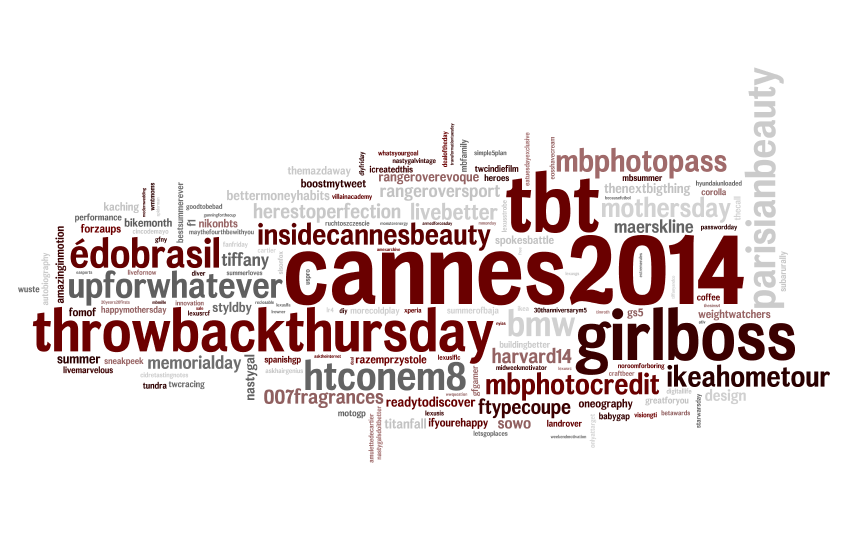 Curious to know what hashtags your competiton use? Ask Sotrender Research Team.