Sotrender is happy to present the 10th edition of Twitter Trends UK – the first comprehensive report on the Twitter industry in the United Kingdom. We analyzed reach, engagement, customer service, and content on Twitter in 11 integral industries. What are the biggest UK Twitter profiles? Which ones know how to engage their fans? Read the report and learn a little bit more about the social media landscape in the United Kingdom.

This month there we’re no position changes in the rankings for best UK brands on Twitter. The best tweets came from Manchester United, Chelsea FC, and Arsenal FC, all of which are football clubs. 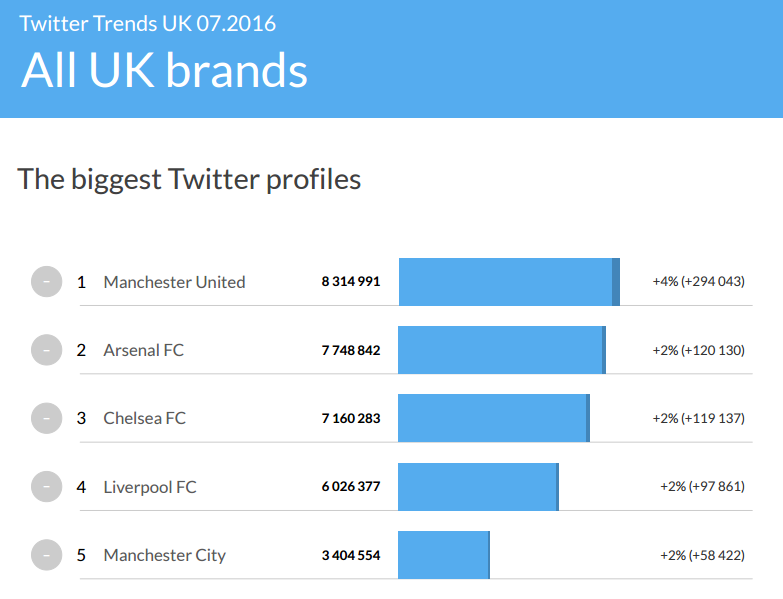 Manchester United’s tweet announced, through video, that Zlatan Ibrahimovic would be joining the team, which was met with tons of praise from fans. Chelsea FC also got lots of engagement by announcing a new member, N’Golo Kante. However, they didn’t do it as flashy as Manchester United. Arsenal FC’s tweet poked some fun at Major League Soccer, which got a loud reaction from followers. 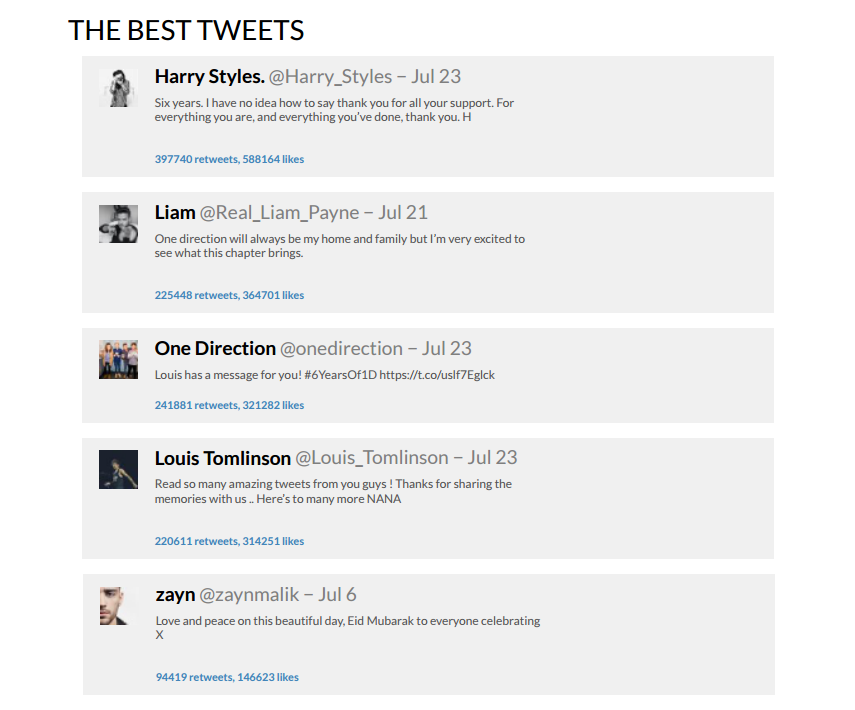 I can name at least 3 directions, maybe 4. But on Twitter, all anyone cares about is One Direction. Terrible puns aside, the band and their only previous member continue to dominate Twitter. This month, their top posts revolved around the 6 year anniversary of their band’s career. They put their focus on their fans and followers, making it more about them than the band. A great way to build your report with fans. 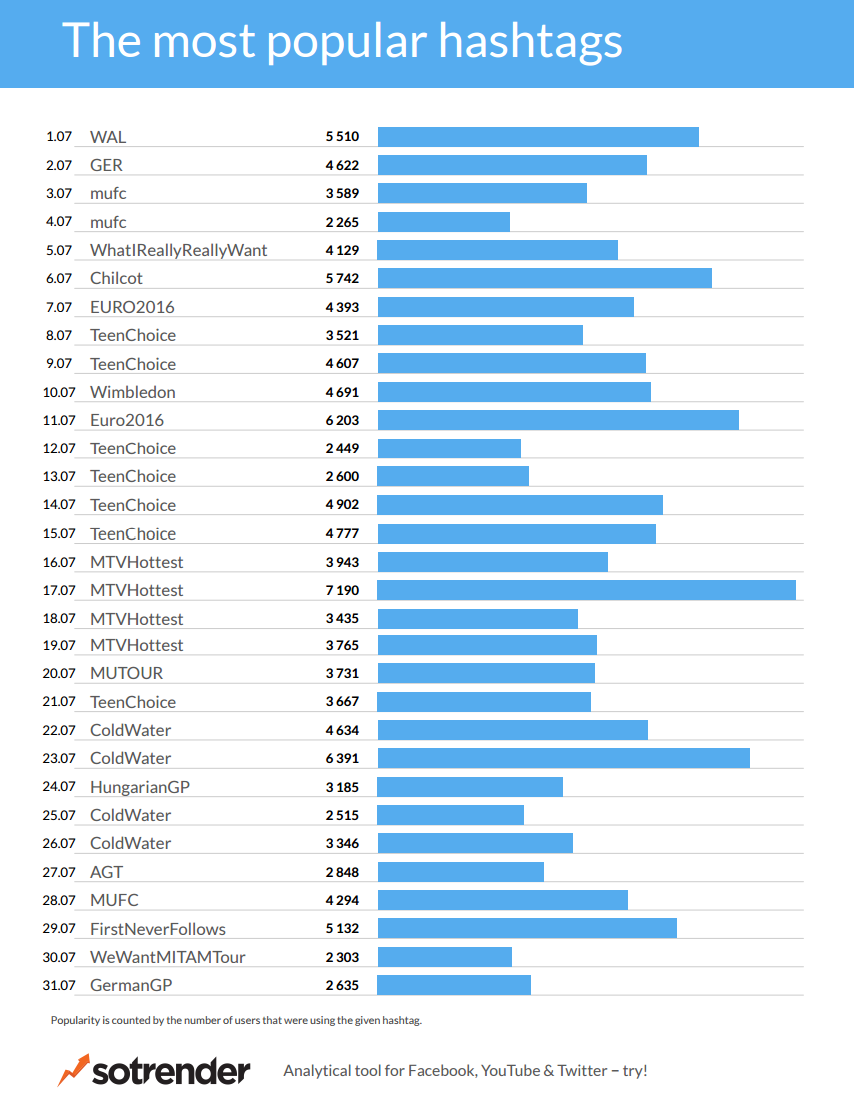 Perhaps showing the prominence of the younger crowd on Twitter, the two most popular hashtags this month were #TeenChoice and #MTVHottest, followed by #MUFC. The Teen Choice Awards have been building in hype for awhile, and seems to have peaked last month as the event got closer. And in an exercise in vanity, MTV started a campaign asking people to vote for the hottest summer music artist this year. Both these successful hashtags encouraged followers to interact and voice their opinion, which is especially successful when they know their voice will be heard.

Check out the infographic to see things in pretty graph form, or download the full report for all the details! 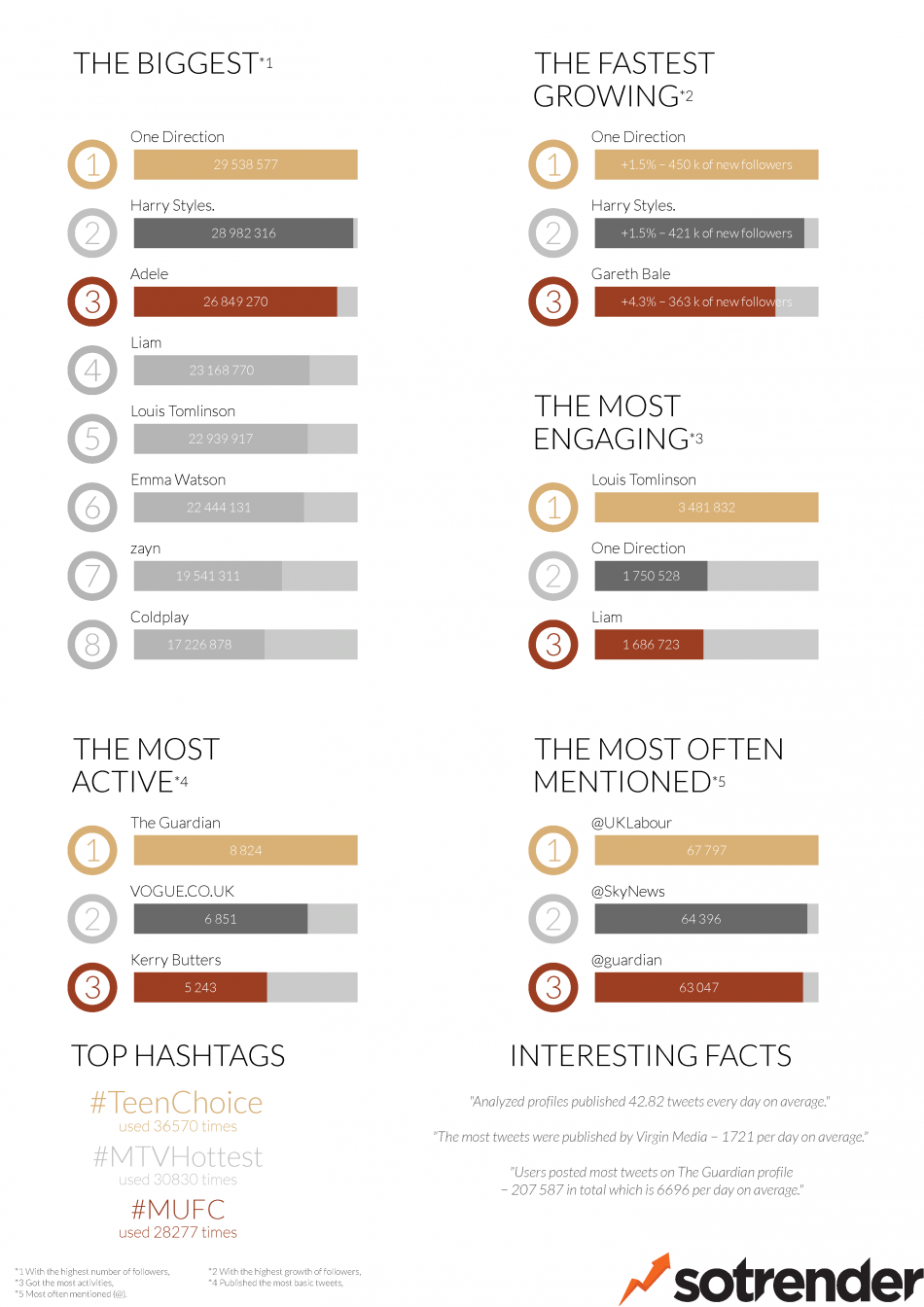