Sotrender is happy to present the 18th edition of Fanpage Trends UK – the first report analyzing brand communication on Facebook in the UK. We analysed reach, engagement, customer service, and content on Facebook in 11 integral industries. What are the biggest UK Facebook Pages? Which of them is the most successful at engaging fans and followers? Read the report and broaden your perspective on the social media landscape in the United Kingdom.

The most engaging fanpage post in January was made by Parklife Festival. They shared a competition to get 4 VIP tickets by tagging 3 friends and sharing the post. Such a giveaway sparked a lot of attention, and a lot of sharing. Contests are a great way to spark more engagement from your users, as long as you can offer them something they want. 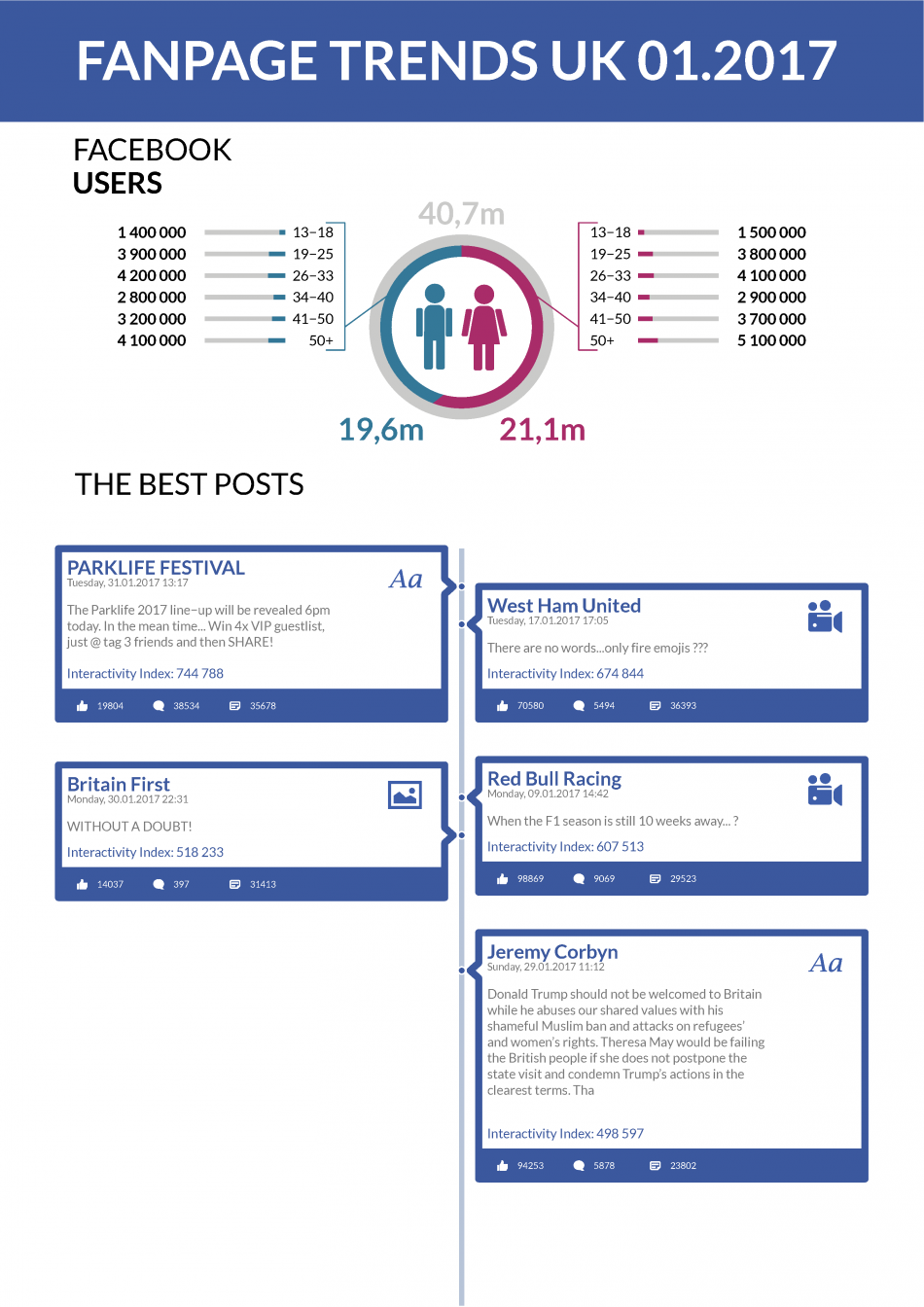 West Ham United and Britain First made the second and third most engaging posts, respectively. West Ham United posted a video of footballer Andy Carroll making an impressive shot, and Britain First made a questionable photo asking users to like the post if they think the elderly should be cared about more than foreigners. Say what you will about their content, but they know how to get their fans engaged.

The most engaging fanpages were boohoo.com, Tottenham Hotspur, and Leicester City Football Club. boohoo.com often gets a ton of engagement, appealing to their audience with a lot of humor relating to their products/industry. And football clubs always get tons of engagement from fans, also making the rankings a lot. The fastest growers this month were Manchester City, Sainsbury’s, and Red Bull Racing. 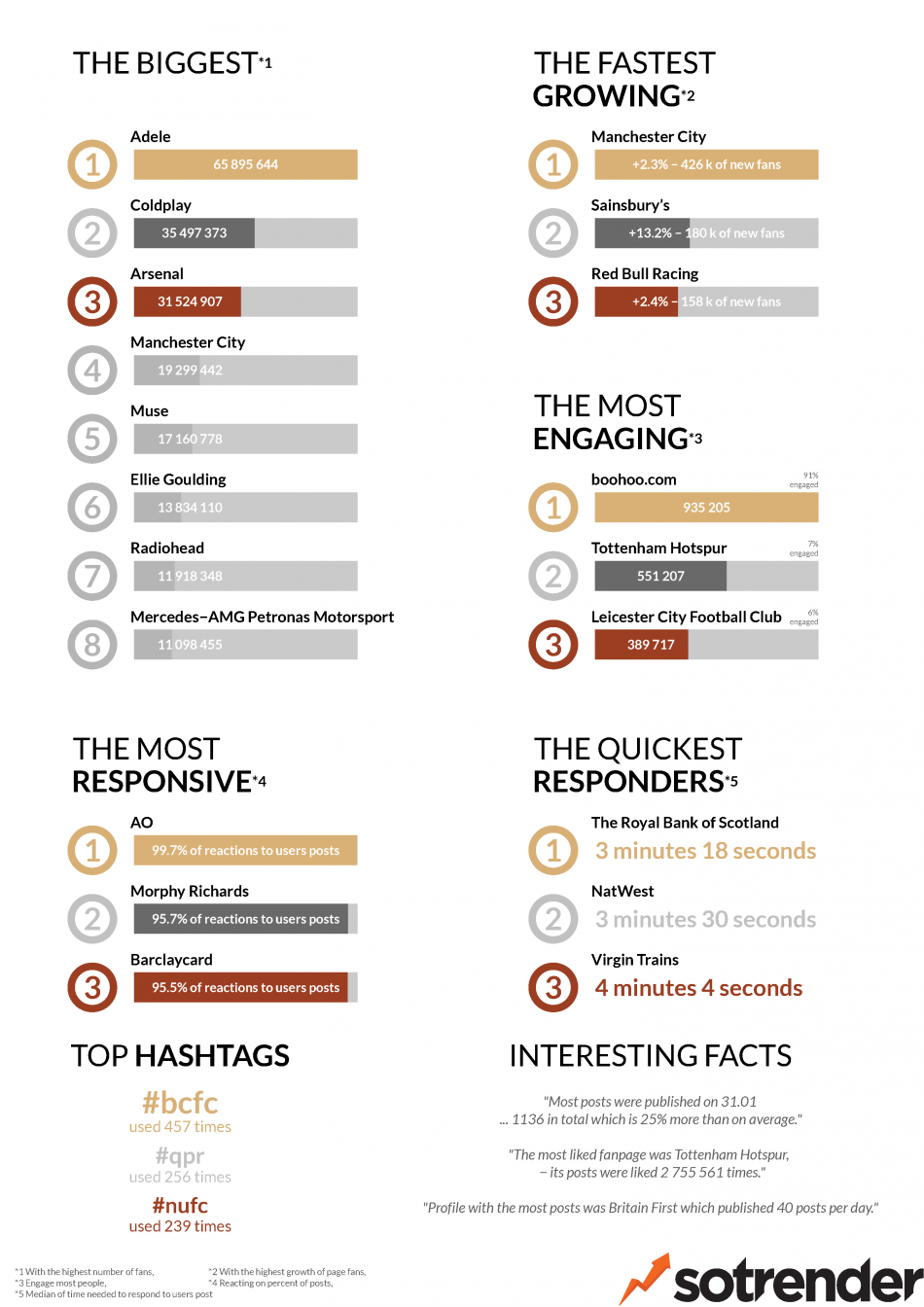 “The top 10 brands that have the most engagement on Facebook are reflective of the shift in behavior that Facebook wants to instill in its user base.” Says Pollyanna Ward, social media manager at Mondelez International. “People are choosing to go to their Facebook pages to check in on upcoming events, tag their friends in the comments, share their experiences, and these are all actions that in the past would have taken place on a website.” She makes a good point, especially with Facebook testing the buying of tickets last year in the US. There hasn’t been any updates recently, but it’s something to keep in mind going forward with you social media activities.