The world of social media marketing is constantly in flux. Strategies that worked yesterday may not work today. It’s always good to re-evaluate what we think we know as new factors arise to mess with our strategies. As a social media analytics company, we’ve decided to take a look at popular Facebook Myths about marketing.

In our previous posts, we looked at Facebook fanpage size, question posts, the frequency of posting, posts with photos, and irritating your audience. In this final part of our series Facebook Myths Debunked, we’re asking this question: Do short Facebook posts perform better?

According to Jeff Bullas and Buffer, the magic number of characters that a Facebook post should contain is 40. They claim that concise and to-the-point posts produce the highest engagement. However, there is evidence for the contrary as well. For example, according to Hubspot, posts should contain more than 80 characters to gain more user activities. Clearly, the answers aren’t as clear as they should be. To take a closer look at the importance of short Facebook posts, we analyzed almost 1m posts from various countries, mainly the UK and USA.

It’s definitely not true – we discovered that posts containing fewer than 40 characters attract significantly fewer users than longer posts. The most attractive posts were those containing between 81 and 120 characters. However, posts containing more than 160 characters don’t attract as much as shorter ones. Look at the chart to see for yourself. 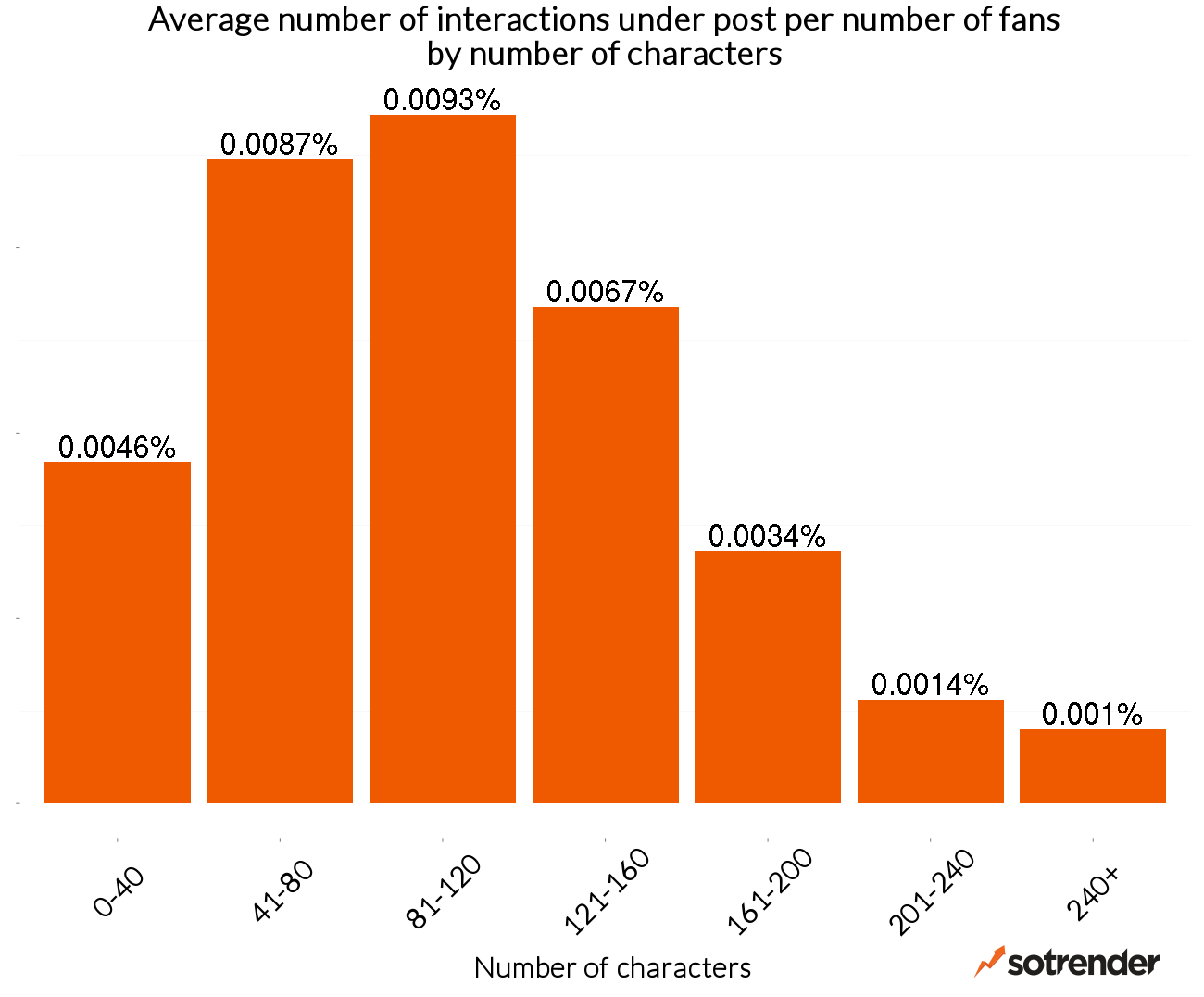 However, this will depend on individual profiles and their communication strategy. For example, media profiles will do better with short, concise posts that effectively communicate what a news story is about. On the other hand, brand profiles would be better off customizing post length based on the content of their post. On more info about the posting differences between media and brands on Facebook, check out our post about it.

So no, short Facebook posts do not perform better.

With that, we’ve concluded our Facebook Myths Debunked series. It’s been a fun romp, seeing what was true and what was not-so-true. Is there anything you’re curious about that we missed? Please let us know in the comments below!