Sotrender and Joy Intermedia are proud to present the eighth edition of Fanpage Trends Indonesia. Our report contains the data on reach, engagement and content for 14 different industries present on Facebook.

Upon adding several new categories last month, such as National TV Channels, Agency, Insurance, Media/News, and Retail, we found that these new categories show different trends when compared to other categories in terms of their levels of engagement. 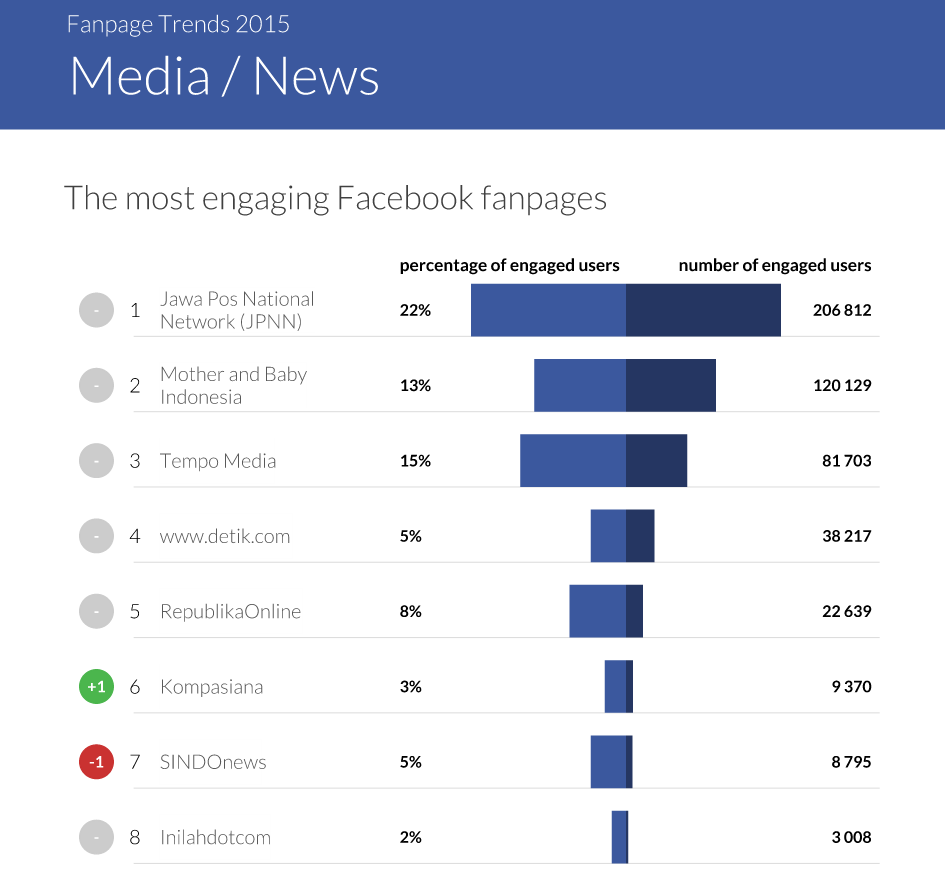 The most engaging Media & News fanpages – Fanpage Trends Indonesia May 2015

Fanpages with a large number of fans happened to also have a large amount of engagement. For example, the Media/News category, which was home to the five most popular Pages, was also home to the top five highest amounts of engagement. This was surprising, as typically in previous analyses, the larger Pages didn’t rank near the top in terms of engagement.

Twitter Trends in May with regards to engagement were led by TV stations and the media, whereas other categories trailed behind them. However, there was one exception to be found in the form of telecommunication, which also led in engagement. 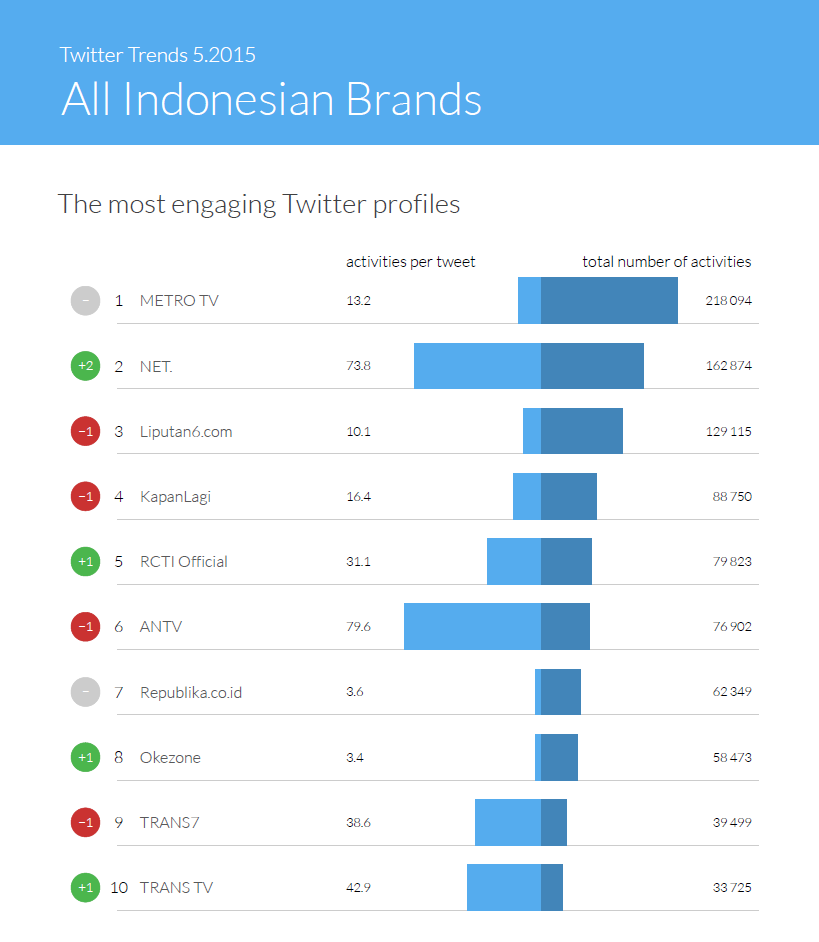 According to the data in Sotrender trends, we can conclude that the high levels of engagement in TV stations and the media occured because there was an increased discussion among the public regarding the PSSI (Football Federation in Indonesia). Their operations were suspended by the Indonesian government, which naturally led to intense reactions from the general public on various social media platforms. As such, there was an increase in engagement.