According to Sotrender’s research, the biggest fanpages are established in Germany, where all of national brands’ fanpages surpass the amount of 100 000 fans. On the other hand, the smallest ones can be found in Ukraine where the biggest fanpage, Citroen, recently hit the 10 000 fans threshold. 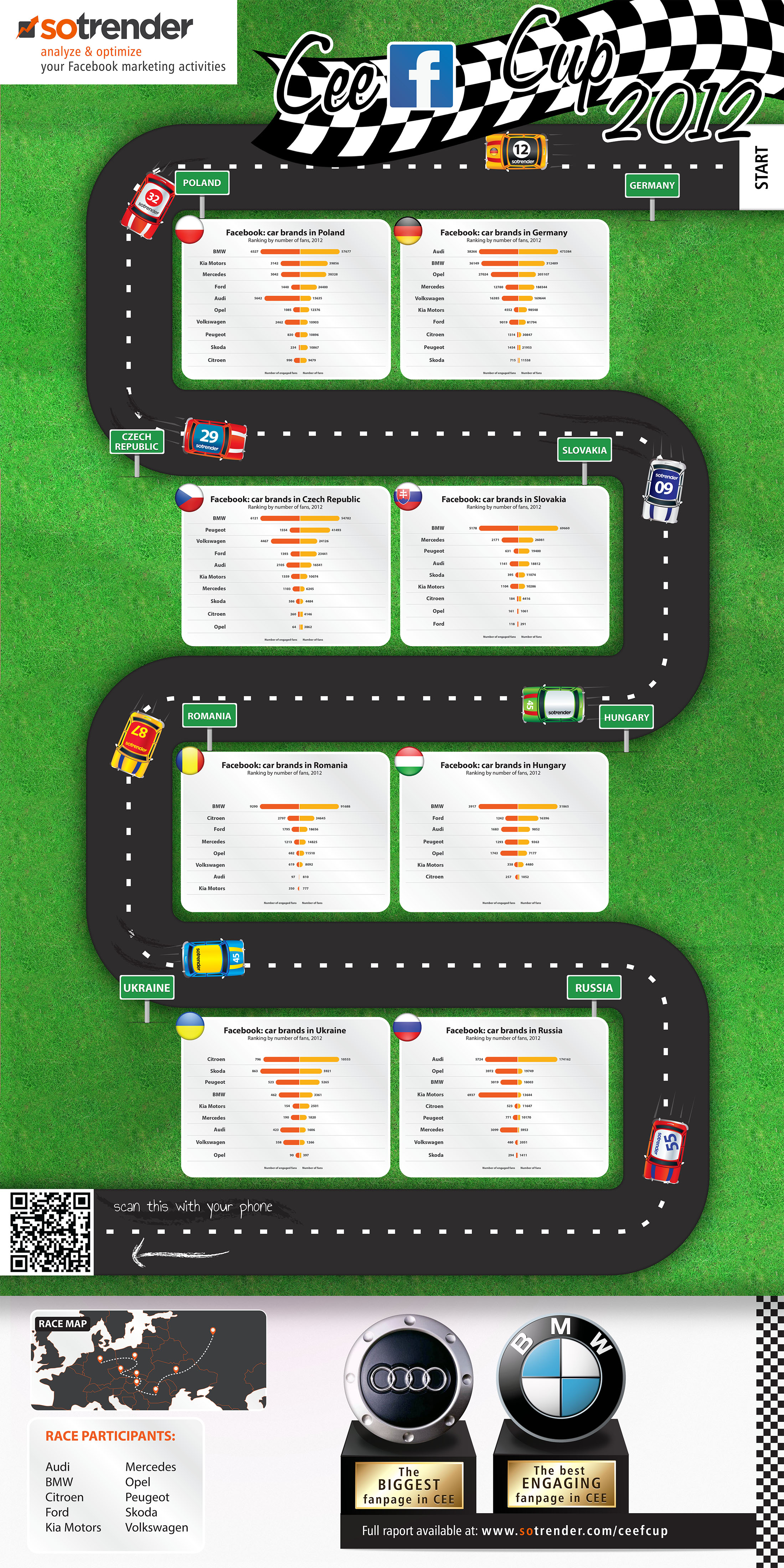