Sotrender is happy to present the 15th edition of Fanpage Trends UK – the first report analyzing brand communication on Facebook in the UK. We analysed reach, engagement, customer service, and content on Facebook in 11 integral industries. What are the biggest UK Facebook Pages? Which of them is the most successful at engaging fans and followers? Read the report and broaden your perspective on the social media landscape in the United Kingdom. 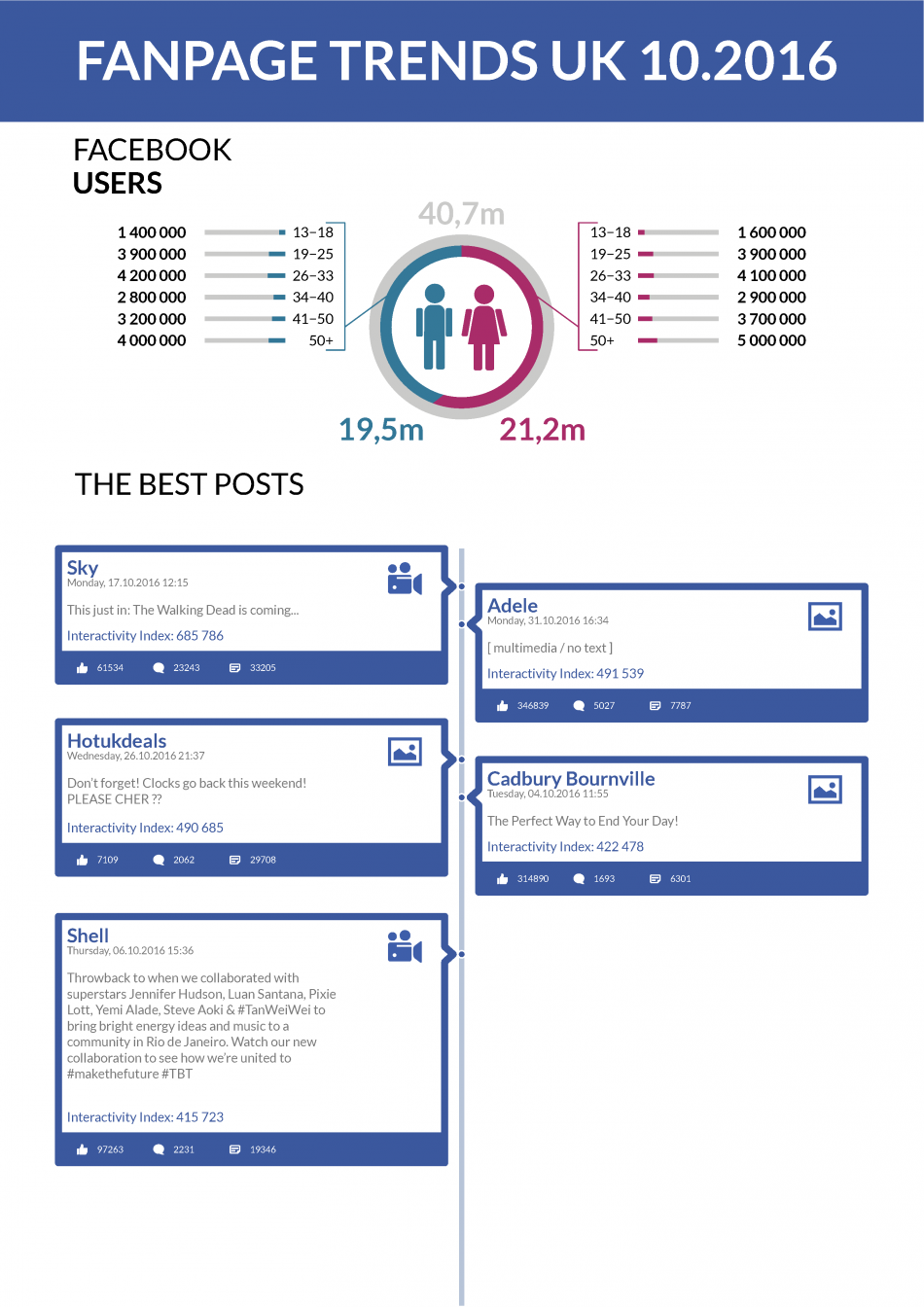 Sky TV published the most successful post this October. They posted a video about the exceedingly popular zombie series The Walking Dead returning with it’s 7th season. The video was a fake news report of ‘walker’ sightings in Newcastle. The creative video was a nice touch, but their success mainly came from posting about a topic that their audience was interested in (The Walking Dead, in this case). Identify your Facebook fans other interests by using an Interest Analysis.

Adele took second place in the ranking, once again having one of the top posts of the month. She posted an image of herself on the cover of the latest Vanity Fair issue. HotUKDeals made thrid place by sharing a meme reminding people to ‘cher’ the news about rewinding their clocks for daylight savings.

Just like Twitter this October, there are numerous ways to make successful posts on Facebook. Use your fan’s interests, flashy photos, or some humor and find success. As long as the content behind them is great.

The biggest and most engaging brands

The ranking is a bit different than last month not due to anyone’s increased or decreased performance, but because of some brand’s deleted their accounts and opened new ones. Unfortunate, but they’ll all be back for next month.

With that in mind, the biggest brand fanpages this October are Adele (65 million fans), Coldplay (35 million), and Liverpool FC (24 million).  The most engaging pages were Adele (1.5 million users engaged), Shell (900 thousand), and boohoo.com (744 thousand). 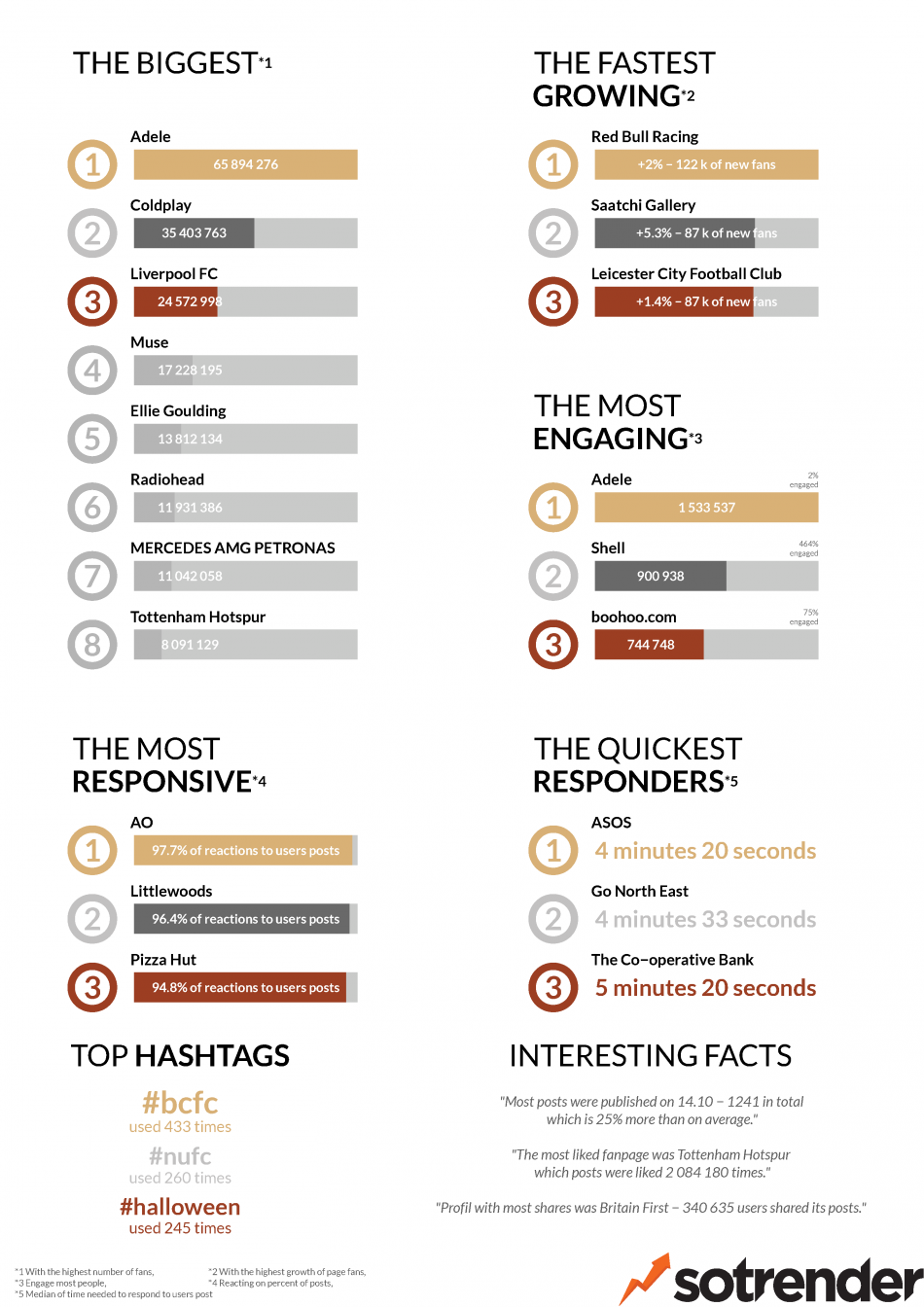 Music and sports are always incredibly popular and out-performing them is nigh-impossible. But paying attention to their posting habits can offer some great insights into how you might improve your performance. For example, Adele knows how to get real with her fans, and sports clubs know what gets their fans riled up.

Shell and boohoo.com did things a bit differently. Firstly,  Shell uploaded an environmentally conscious music video last month that’s still getting them tons of engagement. On top of that, their other activities are also performing very well. On the other hand,  Boohoo.com is constantly engaging their users with either relevant posts about fashion or semi-relevant memes. It doesn’t work for everyone, but once they’ve identified their audience and their interests, it’s easy to rack up that engagement.