Sotrender is happy to present the 9th edition of Twitter Trends UK – the first comprehensive report on the Twitter industry in the United Kingdom. We analyzed reach, engagement, customer service, and content on Twitter in 11 integral industries. What are the biggest UK Twitter profiles? Which ones know how to engage their fans? Read the report and learn a little bit more about the social media landscape in the United Kingdom.

This month was again dominated by One Direction and it’s members and one previous member. Their top tweets consisted of the usual love for fans and family, but Zayn Malik’s top tweet was an honest confession of his struggles with anxiety. He took a photo of some text exceeding the 140 character limit, showing a unique way to get a larger message across on Twitter. Gary Lineker also just made the rankings this month, with a tweet lamenting over England’s defeat against Iceland in UEFA Cup match. 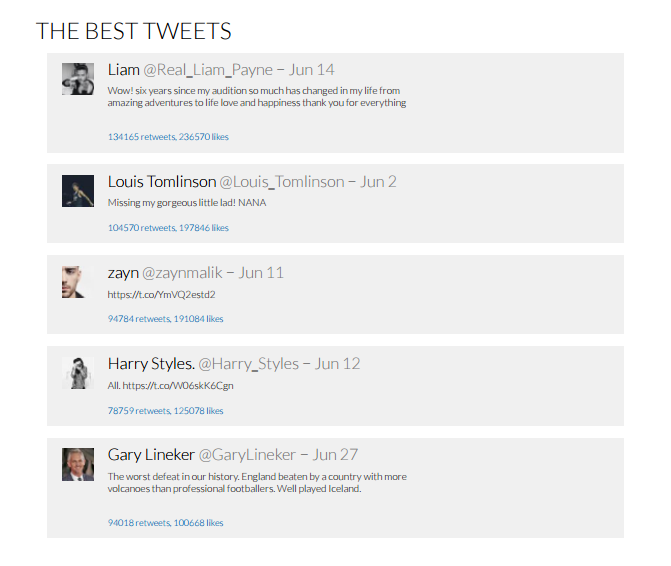 The Most Popular Hashtags

I don’t think it’ll surprise anyone that EURO2016 was the most popular hashtag in the UK this June (used 75 thousand times). The popularity of the UEFA Euro games cannot be understated, as is demonstrated by it’s popularity on Twitter. And the third most popular hashtag was #ENG, which was used to show support for the England football team. TeenChoice was in second, used in tweets about the award show of the same name. 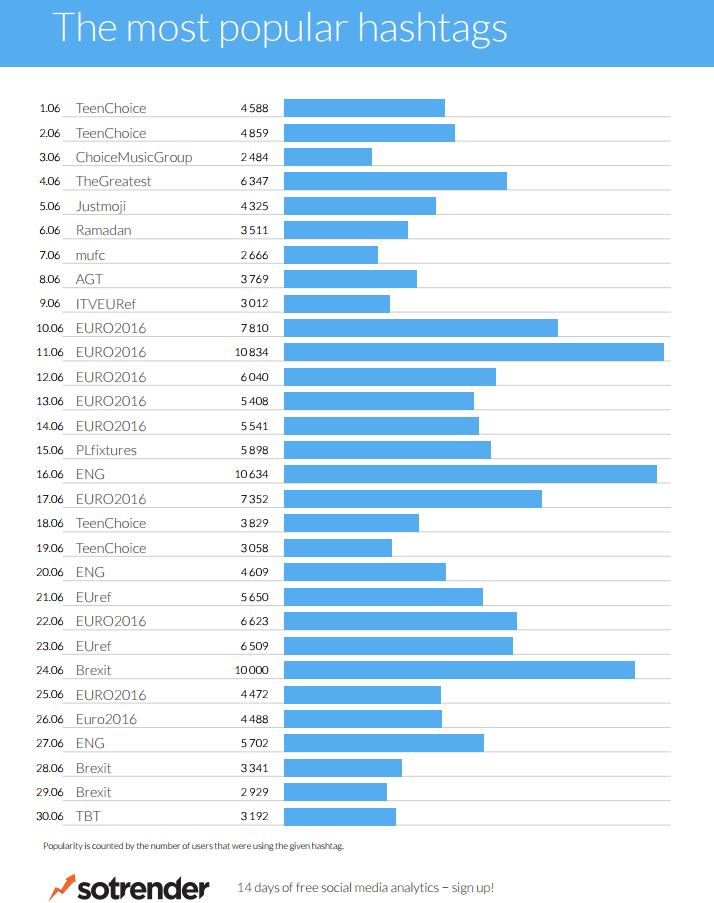 Brexit was also a popular hashtag this month, as the controversial referendum divided the nation before and after the decision was made. Supporters and opponents of the decision for the UK to leave the EU voiced their opinions adamantly on social media.

On average, profiles tweeted 45 times a day, with Virgin Media leading with 1640 tweets published on average. Check out the infographic below for more fun facts, or download the full UK Twitter Trends report! 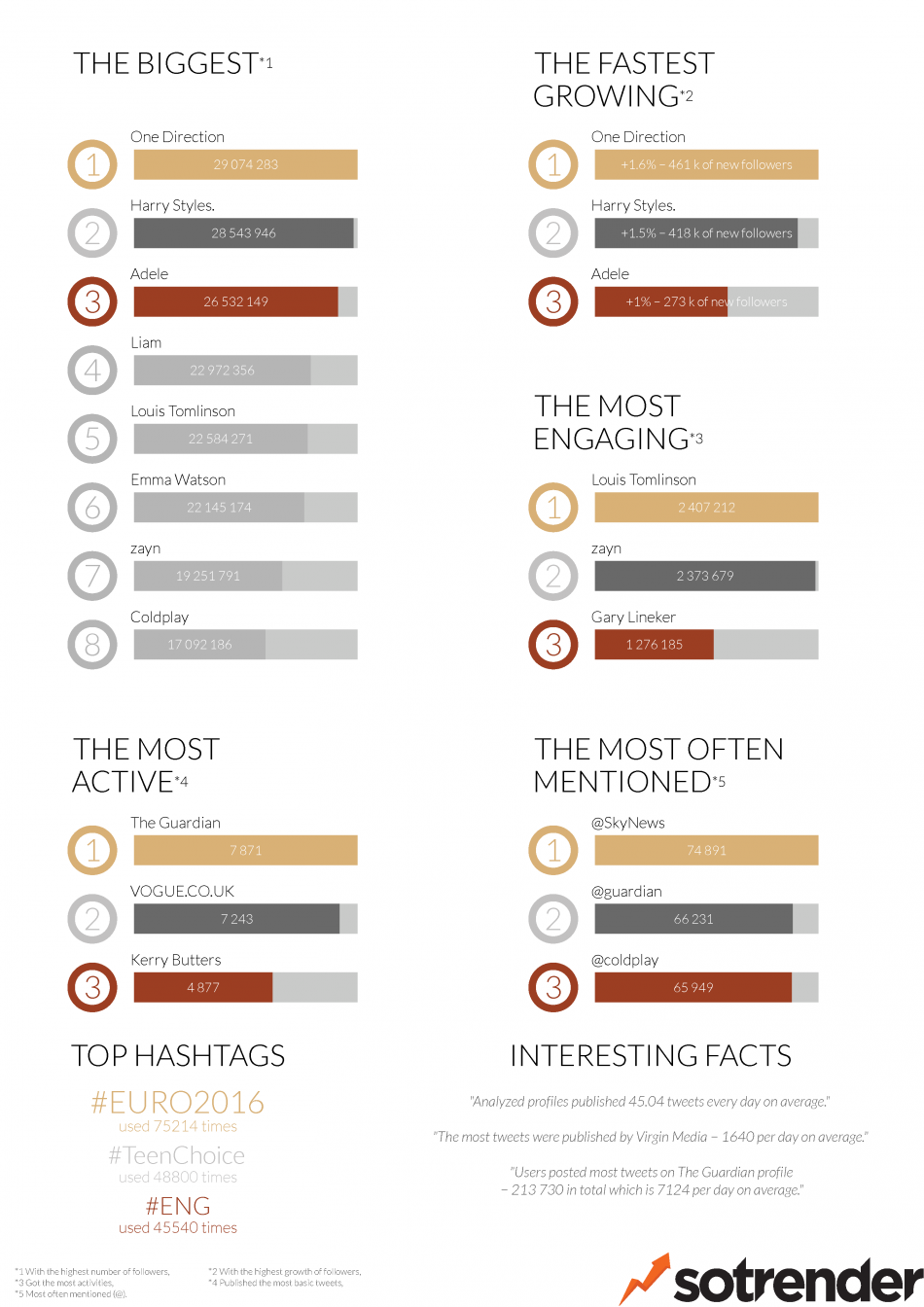