Mentions are used to refer to another Twitter user and to notify that you tweeted about them. Mentioning other users on Twitter is a great way to get somebody to join a conversation, share something interesting with others or simply, to make a reference to someone involved in a particular topic.

A mention is a reference in a tweet which contains another profile’s name. This could be placed anywhere in a text. If you want to mention multiple profiles/usernames in the body text for your tweet, you can do that, too. All of these people will be notified about it. Simply, your tweet will appear in their Notifications tab.

To mention someone, write your tweet like you normally would. Now add the user’s username to the tweet with an @ in front of it. Then publish the tweet, and you’re done. The user will be notified that you mentioned them. It should look, more or less, like this:

Remember that spaces and punctuation break the mention, just like hashtags. So don’t include them in your mention. As mentioned before, include a mention anywhere in your tweet and use as many as you wish to. 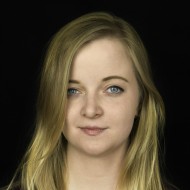